Bowler abandons bar biz, but not the blarney or the booze 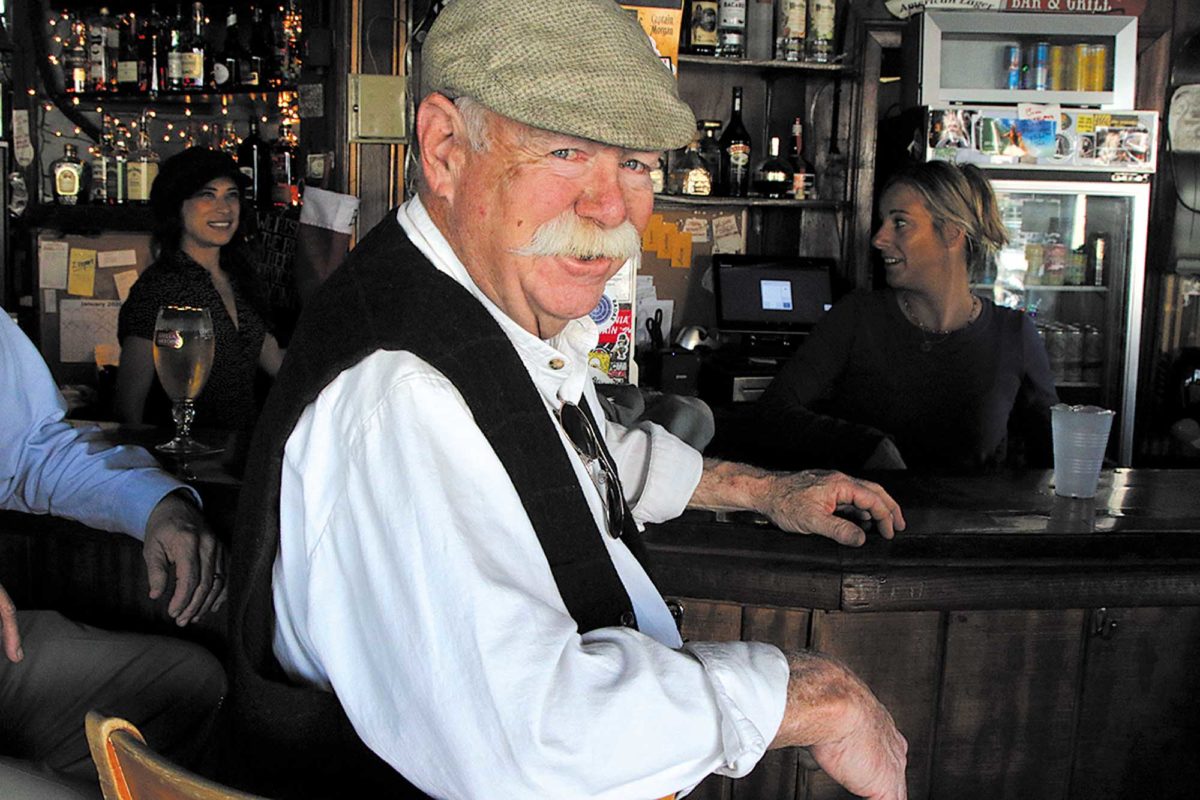 Barnacles football fans could be excused last Saturday for thinking the old man on the bar stool with the walrus mustache and the Irish tweed, flat cap, holding court with old regulars had dropped in from an earlier era. The old regulars included retired HBPD Sgt. Steve Endom, Poop Deck bouncer Tim Fermin, aerospace executive Jim “Jimbo” Schoen and an Easy Reader reporter. They knew John Bowler from his days behind the bar, which he owned for a quarter of a century, beginning in 1975, when it was Fat Face Fenner’s Falloon. They also knew him as a member of Hermosa’s most colorful and controversial city council (1993 to 2001). The council’s other members were attorney Sam Edgerton, engineer Robert “Burgie” Benz, architect Julie Oakes and electrician JR Revitzsky.

In the early 1990s, the council oversaw the banning of cars and the death of retail on downtown Pier Avenue to make way for Pier Plaza restaurants and bars.

When the council wasn’t warring with business owners and residents, they fought among themselves.

“Meetings were like rugby games. We’d fight like hell on the dias and afterwards walk down to Fenner’s for drinks,” Bowler recalled.

Bowler left Hermosa Beach on his 70th birthday, in January 2016, “in search of adventure.” He found it in Ireland, in a town called Camp, on the Dingle Peninsula, where “Ryan’s Daughter” was filmed.

Camp reminded him of Hermosa Beach, as it appears in photos from the early 1900s. His house is a morning’s walk from the beach and an evening’s stagger home from the James Ash Pub, est. 1849.

Bowler has given up the bar business, but not the blarney, nor the booze. His new business card reads, “John Barleycorn’s Irish Whiskey Talk and Tasting.”