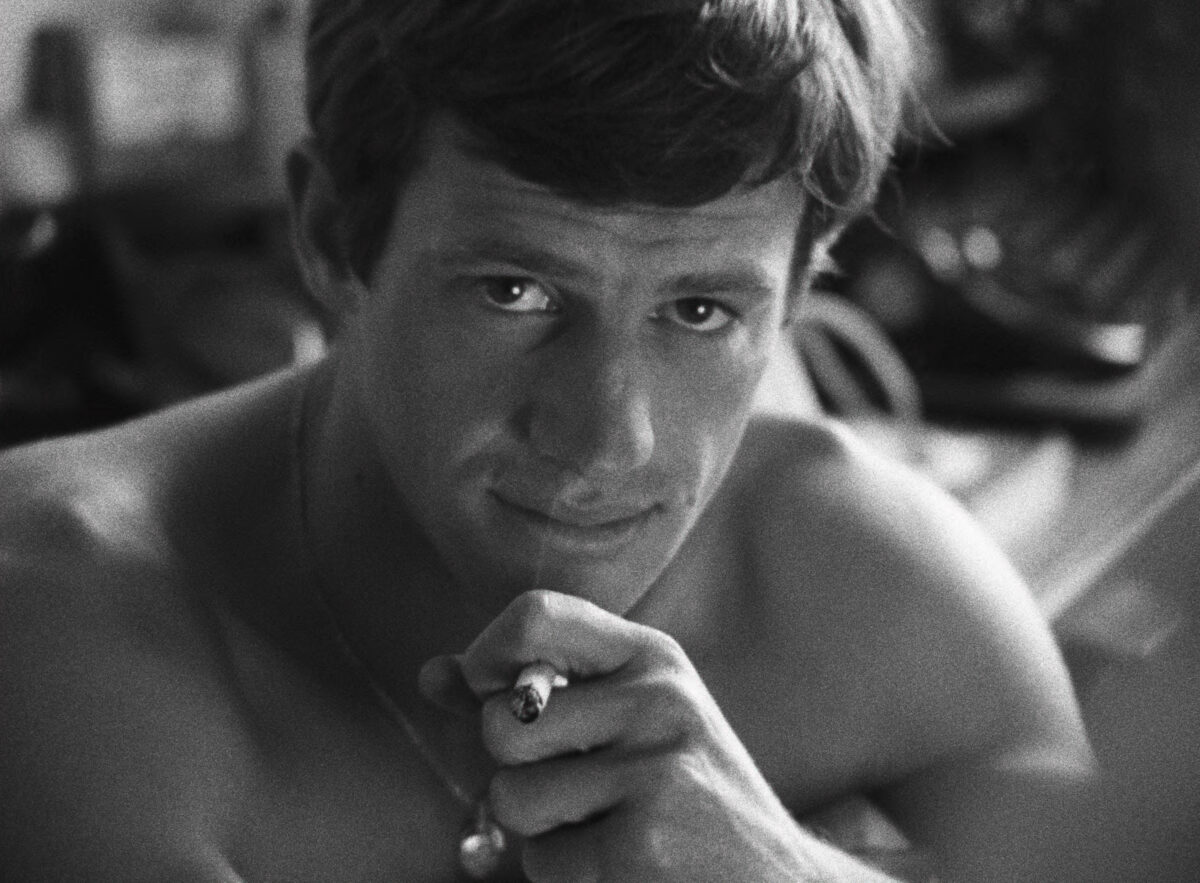 “Breathless,” the iconic movie that helped jumpstart the New Wave film movement in the late 50s and early 60s, has been given a glorious 4K restoration that will actually leave you breathless.

Eager to watch this film that I credit in launching my passion for the cinema (not to mention my love of Jean-Paul Belmondo), I found much to admire coupled with disappointment. Make no mistake about it, this film still deserves its place in the canon of cinema. Jean-Luc Godard, the director, was a leader of the movement and one of those responsible for the manifesto against the traditional, narrative French film. Writing for the Cahiers du Cinema, he and his fellow journalists at the magazine, Eric Rohmer, Jacques Rivette, Claude Chabrol and François Truffaut, railed against what are still considered the classics of French cinema. Films falling in that category would be those of Marcel Carné who directed two of Jean Gabin’s most important films (“Port of shadows” and “Le Jour Se Leve”) and arguably one of the most famous films of the 20th Century, “The Children of Paradise.” Presumably, Jean Renoir (“The Grand Illusion”), Henri-Georges Clouzot (“Diabolique” and “The Wages of Fear”), and Max Ophuls (“The Earrings of Madame De…” and “Le Plaisir) were also on that list. The New Wave directors considered them to be guilty of cliched narratives and stolid cinematography. They were particularly harsh when it came to adapting literature for the screen, a particularly hypocritical stance in that Rivette’s only film during this period was not only a period piece but also an adaptation (The Nun, written in 1796 by Denis Diderot).

Godard is credited with creating the “jump cut,” a technique that gives “Breathless” its style and speed. But this was accidental, occasioned when his distributor told him the film was too long and he was going to have to bring it down in length. Godard went back in, post his initial director’s cut, and excised parts of scenes throughout the film giving it its jumpy, spontaneous look. It was a very ingenious solution to a mundane problem. More specifically, however, were his elimination of a traditional narrative. His plot lines were very fluid, sometimes disappearing altogether.

“Breathless” is a good example of Godard’s anarchy in both structure and storytelling. One of his famous quotes is “A story should have a beginning, a middle and an end, but not necessarily in that order.” Although “Breathless” does have a beginning, a middle, and an end, it is questionable as to how or whether they come together in a meaningful way. Anarchy was endemic to this and most of his future films. Thematically, the hero’s arc is the embodiment of Existential philosophy. Belmondo’s character, Michel Poiccard aka Laszlo Kovacs, determines his own pathway through acts of free will without concern or seeming awareness of the consequences to himself or others. Born without a meaningful purpose, the Existentialist creates his or her own sense of meaning or, on the other hand, meaninglessness. Michel, seemingly rudderless, makes deliberate choices that shape his life and death. Until…

Briefly, Michel, a petty criminal on his way back to Paris to collect a debt, steals a car, kills a policeman, and chases after an elusive, seductive American student, Patricia Franchini, who sells the New York Herald Tribune (a paper that went out of existence in 1966, replaced by the International New York Times) on the Champs Elysées. If she actually believed in anything, Patricia would be a nihilist. The mutual attraction between the two of them is what drives the film. Michel wants what is being denied him, her love, and she feels that her free-style and free-love existence would be hampered by obligation. Each is the very embodiment of worst case scenario because a commitment on either end would undermine their philosophical being (if either recognized that philosophy was at stake).

What seemed so radical at the time—fast cuts, lack of structure, amorality as a positive force—no longer holds up. Some of this is because similar filmmaking techniques using some of Godard’s visual stylistic methods evolved rapidly (for example, Brits Tony Richardson and Richard Lester) before falling out of favor. Godard was the embodiment of style over substance unlike his fellow refugees from Cahiers du Cinéma, François Truffaut and Claude Chabrol who recognized the importance of story and character regardless of visual style. Their first films, Truffaut’s, “The Four Hundred Blows” and Chabrol’s “Le Beau Serge,” were, in their own ways, examples of Existential philosophy but each director recognized the value of story. As a result, most of their early films (and later, more conventional, efforts as well) have held up to the test of time. Ironically, Godard was working from a treatment by Truffaut for “Breathless.” But treatment does not equal script. 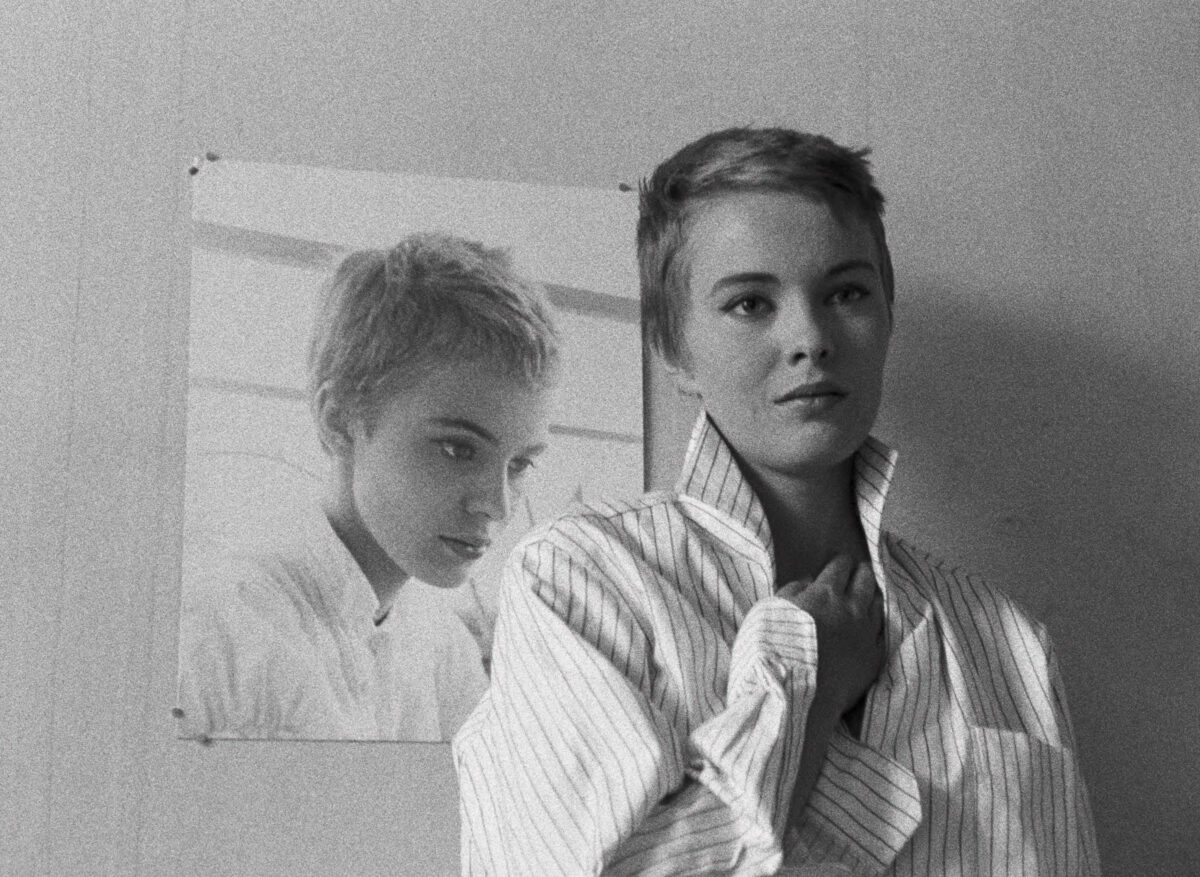 Character and character development is present in “Breathless,” whether it’s Michel’s headlong drive toward escape or Patricia’s mindless amorality fueled by Michel’s recklessness. To hold up as a film rather than just a piece of movie history, Godard should have valued a more cohesive portrait. Without such a narrative, “Breathless” has only enough substance for a short film. The directors he disdained told a story with visual style. His use of inside jokes, clever at the time if you were aware of them, is a bit sophomoric by today’s standards. Laszlo Kovacs, the alias of Michel Poiccard, refers back to a role Belmondo played for Chabrol in “À Double Tour” (not a reference to the Hungarian cinematographer). His minor characters were populated by friends such as the director Jean-Pierre Melville, a director from the 50s he admired (who would go on to direct Belmondo in two of his best and most complex roles, “Léon Morin, Priest” and “Le Doulos”); Philippe de Broca, who directed Belmondo in two of his most famous films (“That Man from Rio” and “Cartouche”); and, in his own Hitchcock moment, Godard as the informant.

Jean-Paul Belmondo is at his most striking with his full lips, constantly emphasized when he rubs his thumb against them, Bogart-style; his heavy-lidded eyes; and crooked nose. Presumably broken during his short career as a professional boxer, it actually came from a school yard brawl. Handsome in a very unconventional way, the poster of him in “Breathless” was attached to many a co-ed’s dorm room wall (mine included). This film made him the very embodiment of sexy-cool, a modern jazz-age hero, personified by the contemporaneous music of Miles Davis and John Coltrane, something he would retain for many years to come, coasting on it as he gave lesser performances in the films of lesser directors. He was at his best in the films of Alain Resnais, Jean-Pierre Melville, Philippe DeBroca, Louis Malle, and Jacques Deray. He would also go on to make two of Godard’s other most famous films, “Pierrot le Fou” and “A Woman is a Woman” (he is excellent, but they don’t hold up well either).

Jean Seberg as an actress is more problematic. Her flat affect, seen in all her films, is effective for this role where her nihilistic ambivalence is a significant part of her character. What I hadn’t expected, however, was her mesmerizing beauty—the high cheekbones, clear eyes, lithe manner, and especially that revolutionary haircut highlighting an unexpected androgyny. Style over substance definitely works here because you can’t take your eyes off her.

As one should be able to tell, my memory of the film has run headlong into my current preference and understanding of visual story-telling. Despite my overall disappointment, I was thrilled to see the stunning and gritty shots of Paris in 1960. It really illustrates the adage “the more things change, the more they remain the same,” with its boulevards, cafes, and old fashioned buses. The skeleton of Paris is there, but like the film, it’s changed for better and worse.

Once again I find myself thanking Rialto Pictures for releasing this beautifully executed restoration taken from the original camera negative by Studiocanal (their fingerprints seem to be on every French film released in the U.S.) and CNC at L’Immagine Ritrovata Laboratory in Bologna.

This is still a must-see film.

Opening at Laemmle Royal, the Town Center 5, and the Playhouse 7 on October 15.