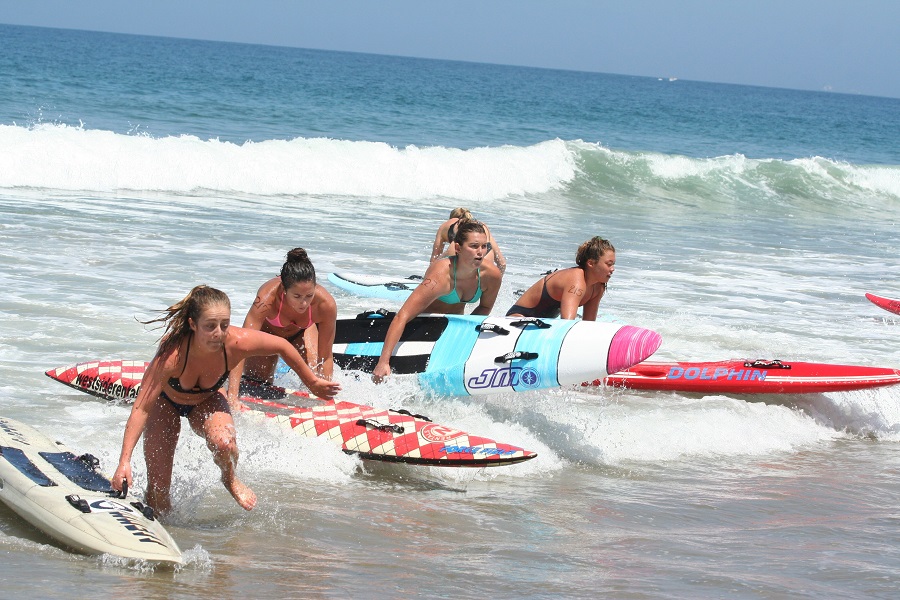 More than 100 athletes participated with the majority hailing from San Diego to Santa Cruz. The event also featured representatives from Florida, Hawaii and Australia.

The 12 events of the competition include dory, surf ski, and paddle board races, ocean swims and a run-swim-run. Plus, Ironman and several relay races.

“The races were again freakishly competitive,” director and founder Mike Murphy said. “Not only did we have large numbers of people participating in each race, but the ability level was stacked.  We had several former national champions in the mix, and based off the results of some of our younger competitors, I am certain more than a few will be national champions in the near future.”

Proceeds from the South Bay Dozen benefit the Jimmy Miller Memorial Foundation (JMMF) which uses ocean therapy to assist individuals, including veterans, who are coping with mental and physical illness.

The JMMF currently serves U.S. Marines of the Wounded Warrior Battalions at Camp Pendleton and 29 Palms with a unique, year-round ocean therapy sessions held at Camp Pendleton. The sessions provide the Marines with an opportunity to learn to surf in a supportive environment, while focusing on the therapeutic benefits of the ocean.

“Essential to the success of the event was the support of scott hubbell productions and the Jimmy Miller Memorial Foundation,” Mike Murphy said. “It is humbling to have the chance to bring so many amazing people and businesses together to get people in the water, and to bring some attention to the mission of the Jimmy Miller Memorial Foundation. We had an epic day and I hope we can do it all again next year.”