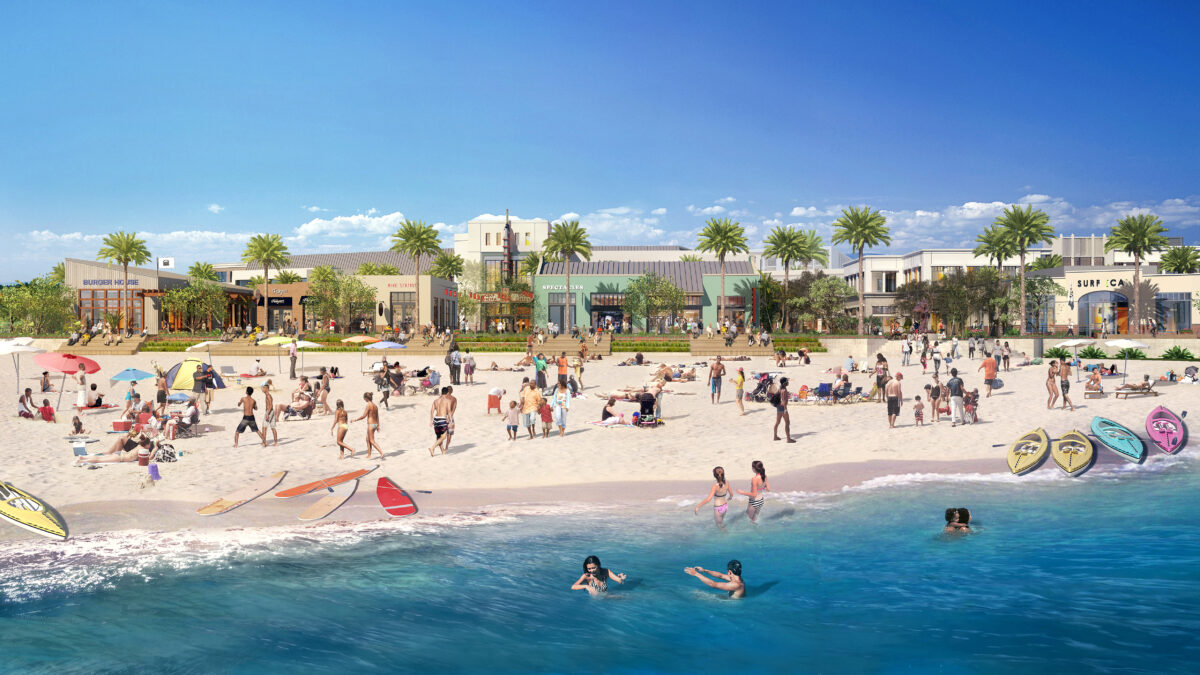 The “revitalized” Seaside Lagoon, as designed by CenterCal for the Redondo Waterfront project. File photo

Resident activist group Building a Better has prevailed once again in its legal battle with the City of Redondo Beach and developer CenterCal.

An appeals court last week upheld a 2018 ruling by a trial court judge in which BBR argued that the Environmental Impact Report on CenterCal’s Waterfront Project was flawed and awarded the group over $760,000 in attorneys fees. That fee will increase when the legally required interest and attorney fees for the appeals process are added, likely bringing the total to near seven figures.

Building a Better Redondo president Jim Light said he took no joy in the victory.

“It’s very disappointing that city staff, the Planning Commission and the City Council all ignored these substantive concerns, which we submitted time after time after time,” Light said. “Some of them —  the Seaside Lagoon, the boat ramp —  were just obvious flaws in their EIR. And they just ignored them.”

The initial ruling by Superior Court Judge James Chalfant was something of a mixed bag. BBR’s suit, filed in 2016, alleged a dozen deficiencies under the California Environmental Protection Act [CEQA] as well as in the city’s administrative process and public noticing. The judge sided with the City and CenterCal on most of the charges but did find substantive problems with aspects of the EIR, particularly its lack of analysis of view impacts, health issues regarding opening Seaside Lagoon to the ocean, and public reporting requirements of the boat ramp being moved to Mole B.

The City and CenterCal argued, on appeal, that they’d essentially won the case because the judge had ruled in favor of them on most counts and that BBR’s victories represented only “trivial success.”

“We kind of threw the book at them and we listed a whole ton of things,” Light said. “Some of which the judge just didn’t agree with. So that was the City’s argument, that because we only won three or four out of the 10 or 12 things we threw at them, therefore we lost the majority of our case. But that’s not the way you measure this.”

City Attorney Mike Webb said that none of the EIR deficiencies were beyond repair but the issue has become moot since CenterCal’s Waterfront Project has since been withdrawn. Webb also said that the BBR lawsuit needed to be understood within a larger context, particularly that it was filed at the same time BBR was arguing that the Measure C ballot measure, which effectively rezoned the waterfront in 2016, applied to the Waterfront Project.

“If Measure C went into effect immediately, there’s no reason to have to file this lawsuit,” Webb said “If what voters were promised was a fact, then there’s no reason for the CEQA lawsuit. This was a delaying action. And CenterCal has now alleged that the city could have corrected [the EIR], because most counts that BBR filed were dismissed —  that the city would have to do certain things, but it didn’t mean the project couldn’t go forward, it just meant the city had to do those things. Well, CenterCal, withdrew their project, so we can’t do the things that would be needed to correct it, because we don’t have a pending project.”

The same judge who issued the initial ruling in this case, James Chalfant, ruled in a separate case the same year that Measure C did not apply to the Waterfront Project. CenterCal is now suing the City for $15 million over its handling of the failed project. Representatives from CenterCal did not return calls seeking comment, but CEO Fred Bruning indicated at the time of the initial ruling that the ruling would not stop the project.

“We were disappointed that the judge could not see his way to approving the project outright, but when the EIR consists of over 7,000 pages of research and scientific conclusions, it really is not surprising that some questions might be raised,” Bruning told the Daily Breeze in 2018. “We believe there are solid answers to each of the few points raised by the judge, and we look forward to working with the city to resolve these questions and move the project forward.”

Frank Angel, the attorney who represented BBR, said the City and CenterCal’s argument that the EIR issues raised in the lawsuit were trivial and BBR’s victories in the suit were only technical were rejected out of hand by the appeals court.

“I told the justices, ‘We made it possible for the 75,000 plus visitors every summer to come back and swim in a safe, chlorinated pool,’” Angel said. “They have seen that they wanted to build a road and put T-shirt shops and retail there for their money making enterprise….And then when there was a public outcry, then they said, ‘Okay, we’ll give you a beach on the polluted harbor channel’ while they have a swimming pool on top of the deck of a five star boutique hotel. So you can imagine how it was received when they were arguing that this was only a technical victory. On top of it, they withdrew the project after our CEQA victory, and the justices knew that. So you could see at oral argument, this did not go well for them.”

Angel said he was perplexed that the initial ruling was ever appealed, given the fact that the City lost a similar appeal to he and BBR in 2011 and the fact that trial courts are given great deference in awarding attorneys fees. He said the appeal would end up costing taxpayers thousands of dollars unnecessarily.

“Certainly in my experience, I have never seen this level of recalcitrance,” Angel said. “It’s inexplicable to me why they would play with public taxpayers’ money in this manner.”

Webb, who was directed by the City Council to appeal the initial ruling, said that CenterCal was appealing the case regardless of the city’s action so in that sense the appeal was essentially due diligence. He also said that the appeal court specifically addressed this issue, agreeing with Judge Chalfant’s statement that the fee award “was unlikely to fall on taxpayers” because of an indemnity agreement between the City and CenterCal.

Webb said no decision has yet been reached on whether to appeal this decision for review by the California Supreme Court. But he likened the complex array of lawsuits and other maneuverings regarding the city’s waterfront to a “four dimensional game of chess” in which no one part can be viewed without considering the whole.

“With every decision you make, there’s this old phrase, and I think of it a lot,” he said. “‘You make one temporary friend, and one permanent enemy.’ Because people all view it through what their goals are, and what their motives are. I can’t give the reasoning behind the council direction; I’m not free to disclose their reasoning to appeal it. But all these cases fit together. And if they actually believe what they had promised the voters, then this lawsuit wasn’t needed.”

Light said that after the City ignored BBR’s repeated objections to the EIR they had little choice but to file suit.

“When the city ignores the law, there is no recourse,” he said. “You can’t go to some CEQA police and say, ‘Arrest the city, they violated the law.’ So a lawsuit is your only recourse when the city does something wrong.” ER