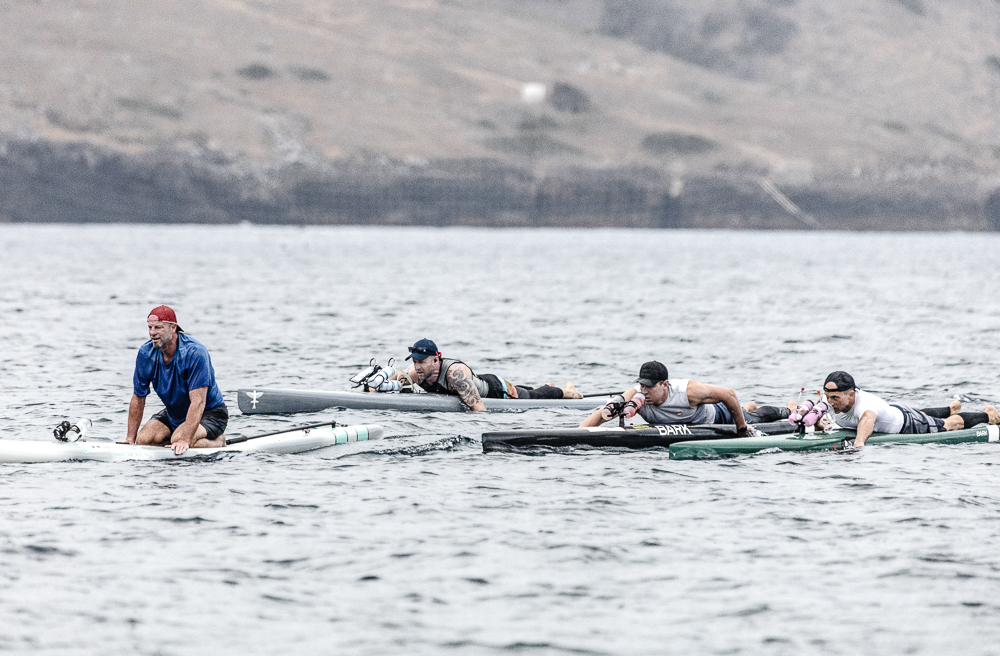 The annual Rock 2 Rock paddleboard race is famous for bad conditions. The start at Two Harbors on Catalina Island typically has onshore winds whistling through the Isthmus, churning up the water.  The finish, at Cabrillo Beach, is known to windsurfers as Hurricane Gulch because of its powerful offshore winds.

Not this year. The only disruption was a slow moving freighter that forced the slower paddlers to sit up while it passed. Otherwise, conditions were as conducive to fast times any year in recent memory. The water was flat and the feared wind at the finish never materialized.

Dennis Gibson, of Dana Point, was the only stand-up paddler in the race. His time of 4:20 put him 10th overall.

The Rock 2 Rock was a qualifier for the Catalina Classic paddleboard race, to be held Sunday, August 29. ER

The next local paddleboard race is the 23rd Annual R10 Paddleboard Race on Saturday, July 29. The eight mile, out and in course runs from Torrance Beach to the R10 buoy and back. The next day, the Velzy Stevens Pier to Pier takes place at the Manhattan pier. The 1.6 mile race ends at the Hermosa Pier. Both races are part of the International Surf Festival. ER 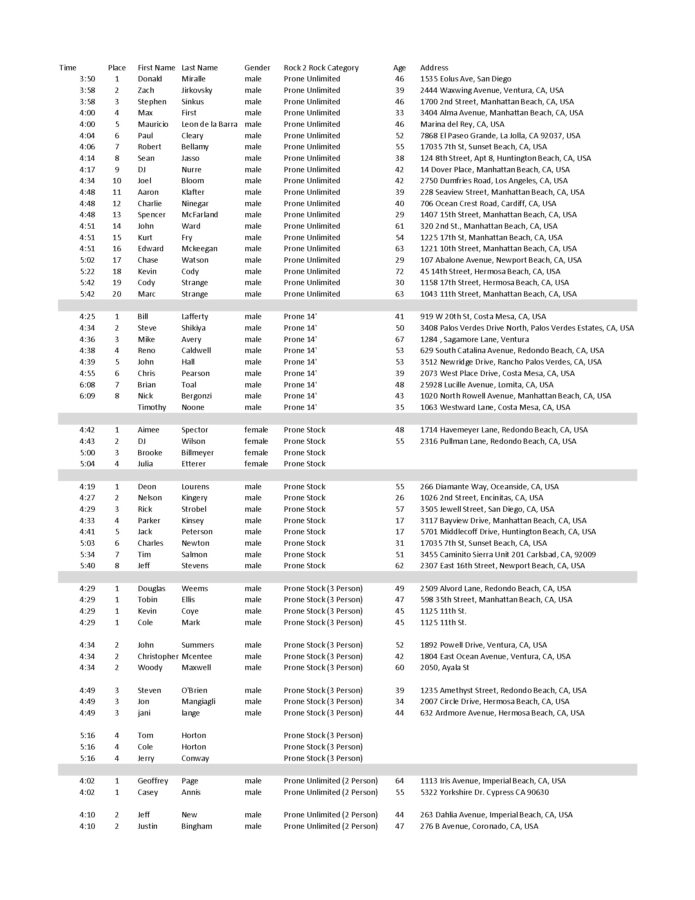