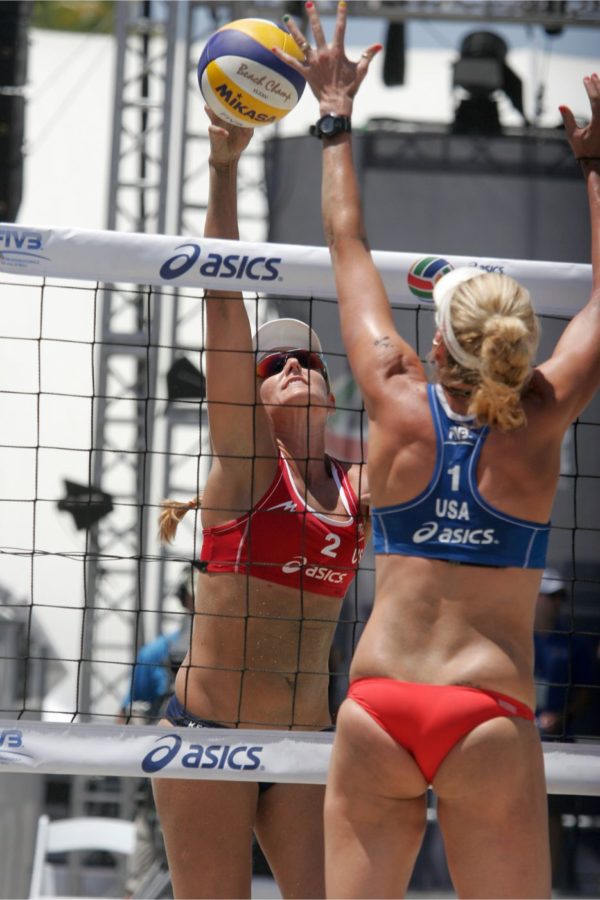 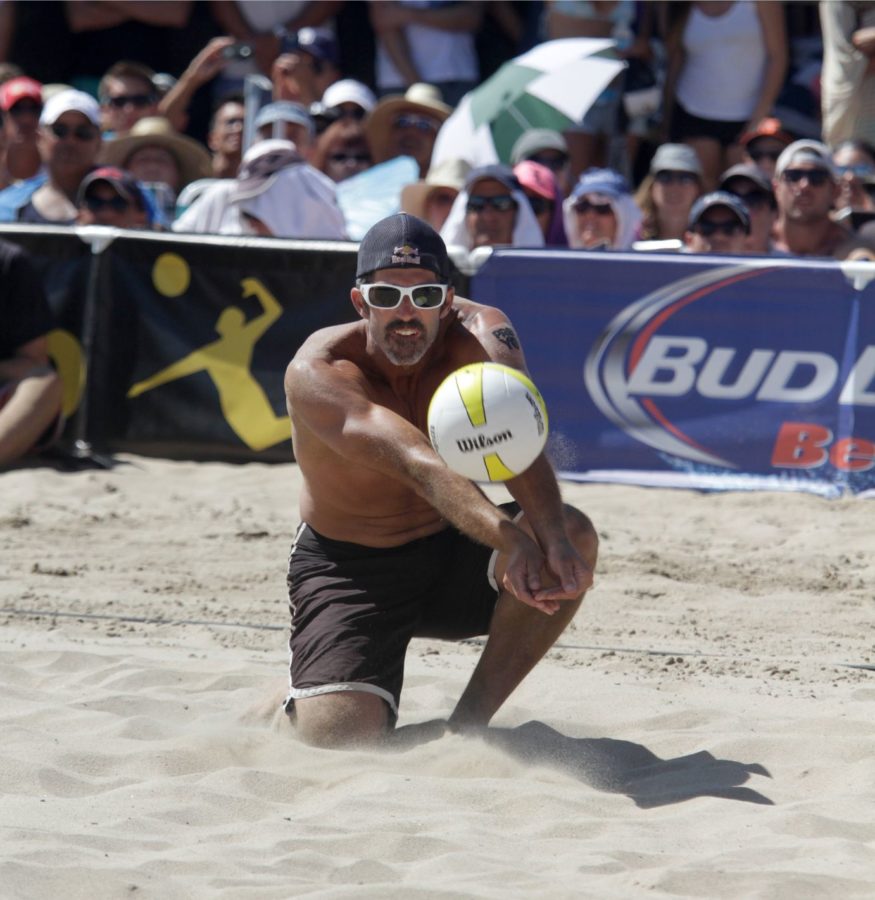 Todd Rogers plays defense during the finals of the 2014 Manhattan Beach Open. He and partner Theo Bunner lost to his former partner Phil Dalhausser and Sean Rosenthal. Photo by Ray Vidal

Rogers won 65 tournaments, the third most of all players, with partner Phil Dalhausser. Rogers’ nickname was “The Professor” because of his court intelligence. He played high school volleyball at San Marcos and college volleyball at UC Santa Barbara.

Also being inducted on Saturday is Santa Barbara native  Bob “Crank” Van Wagner, who photographed beach volleyball in the ‘70s and ‘80s, the eras of Selznick, Saenz and Bright, through Lang/Von Hagen, Bergmann/Riffiero, Lee/Menges, Karch/Singin, Stokey/Smith, and Hov/Dodd.

The evening’s special honoree is Tom “Blue Eyes” Chamales. He won eight tournaments over four years with partner Ron Von Hagen in the early 1970s, including the 1974 Manhattan Beach Open.

Top adult and junior CBVA players will also be honored. A social hour in the Historical Museum will begin at 5 p.m., followed by inductions ceremonies at 7 p.m.