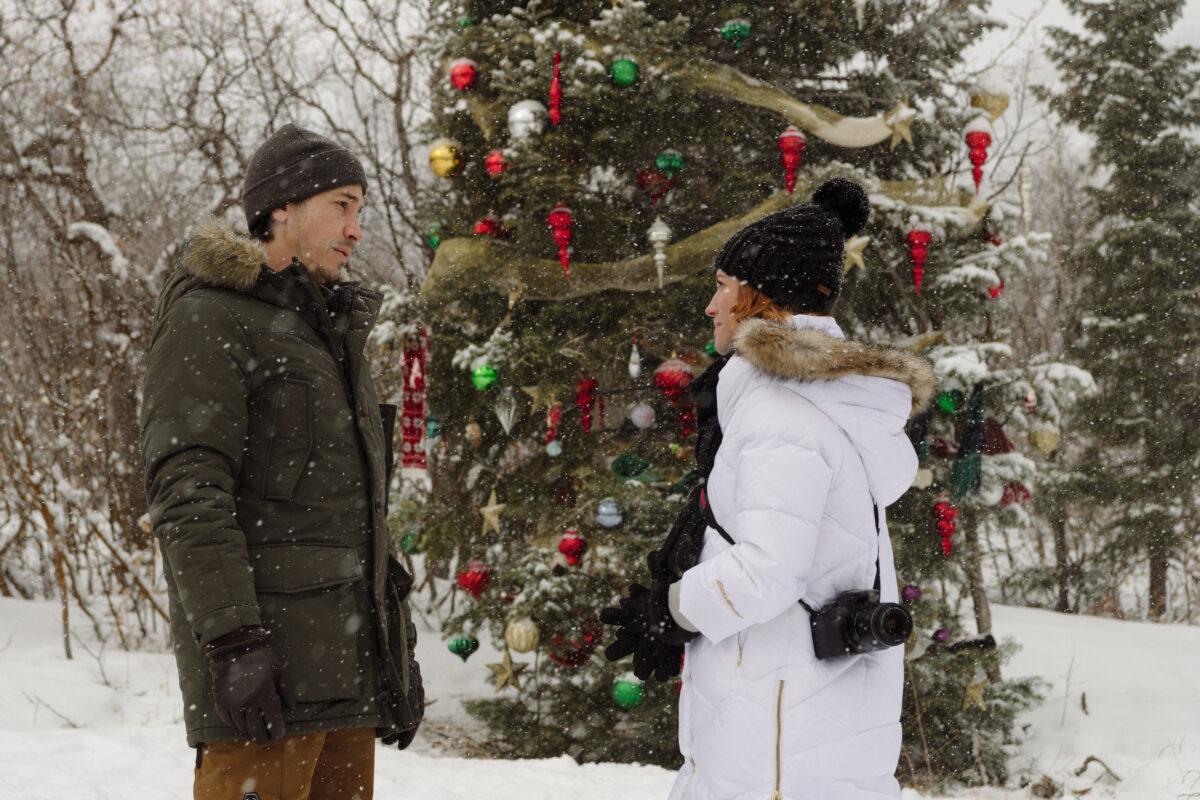 Justin Long as “David” and Brittney Snow as “Jesse.” Photo courtesy of AMC+ and RLJE Films.

Santa must be very unhappy this year because he left us with a piece of coal (actually something a lot smellier) in our stockings called “Christmas with the Campbells.”

Directed perfunctorily by Clare Niederpruem, who in all honesty wasn’t given much to work with, and written badly and sophomorically (or is that moronically) by Vince Vaughn, Dan Lagana, and Barbara Kymlicka, “Christmas with the Campbells” makes you long to go back to those sickenly sweet, happily ever after Hallmark Channel movies that have a corner on the market at Christmas time. 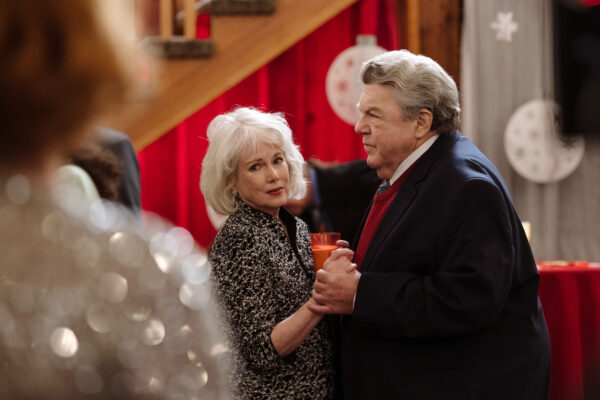 Julia Duffy as “Liz” and George Wendt as “Robert.” Photo courtesy of AMC+ and RLJE
Films.

The plot of “Christmas with the Campbells” is straight out of the aforementioned Hallmark Channel. Sweet, unassuming Jesse is dumped by her boyfriend Shawn who is about to interview for a big job in the Big Apple. She no longer fits in his ascending future. She wants a home and a family, and dreams of making photography her living. He sees money, women, and non-stop partying in his future. So off he goes, leaving her alone right before Christmas. Never fear, his parents in Ketchem, Idaho, adore her and still want her to come. Also spending Christmas with Mr. and Mrs. Campbell is their nephew Shawn, a rough hewn young man from the mountains of Colorado, now making his home in Bend, OR. Gee. I wonder what’s going to happen.

But Vaughn et. al. are not content to let a tried and true cliché go by without goosing it up. Mrs. Campbell is a horn dog whose dialogue, when reminding her husband that it’s date night, is the zenith of poetic phrasing. “Pull out your d**k.” This is but one example, but there are many others. I suppose the thinking was that you can turn a traditional Christmas movie into a fun fest with words that leave nothing to the imagination.

There’s no point in elaborating further in terms of dialogue that will definitely not be up for any awards this year. As for character development? Well that, too, was left on Santa’s sleigh. 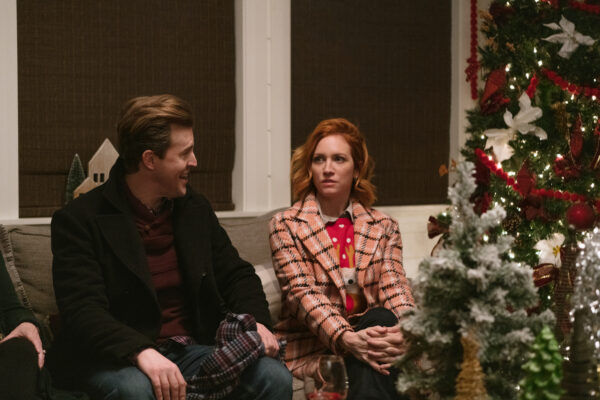 Alex Moffat as “Shawn” and Brittany Snow as “Jesse.” Photo courtesy of AMC+ and RLJE Films.

Amazingly, the cast is filled with good actors, all of whom should have known better. Julia Duffy, still pert all these years after “Newhart,” is given nothing but sexual innuendo (that’s not entirely true because there’s no innuendo there) to convey in speech and action. George Wendt, recognizable from his “Cheers” shuffle but little else, is at least given some dignity in the ways he avoids sex. Alex Moffat uses his best “SNL” leer to eliminate any subtlety from his caddish boyfriend, Shawn. Justin Long, as David, uses a voice that seems to have come from a cowboy in a B-rated Western mixed with Wilfred Brimley. For those of you too young or too old to remember, Wilfred Brimley was a folksy old guy from the 80s (“Cocoon”) who sold Quaker Oats on TV for its yummy fiber goodness. To add insult to injury, his dialogue seems to have been taken from a 1950s “Zane Grey Theater” episode with gems like “Name’s David, kin to the Campbells.” I had cracker Tennessee relatives who never used the term kin. Or how about “No need to hang your laundry on the lawn here in front of me. That’s your Dairy Queen.” I don’t think I need to elaborate further.

But it is poor Brittany Snow, Jesse, who deserves your sympathy. She plays it straight and almost elevates the scenes she’s in into that much mentioned Hallmark Movie. No fake accent, no folksy dialogue, just playing it real, unlike everyone else. If no one sees this film, her career won’t suffer.

Opens December 2 at the NoHo7 and streaming on AMC+