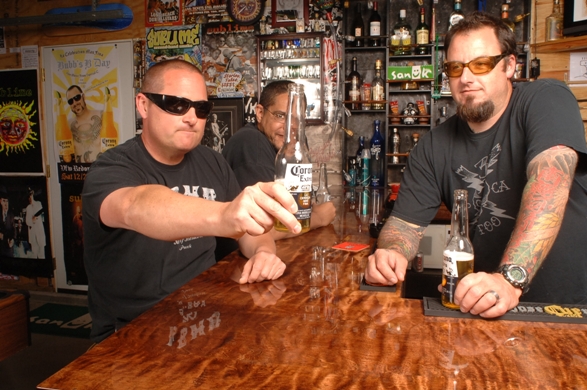 Ring, ring… “Hello, can I take your order, amigo?” “Yeah, I’ll have a Special C with an Horchata, and can you make that with rice please?”

This imaginary phone call with El B.J. is representative of two characteristics attributable to a particular South Bay band: It’s uber-local, and it’s rebellious. For one, it wouldn’t be surprising to find the Special C from El Burrito Junior as a must do in a Frommer’s travel guide to Redondo Beach. Two, copiously filled, lard-fried bean burritos swimming in melted cheese, with chips and a drink for $6, make up this coveted local staple and indigenous favorite. But to order it with rice… it’s sheer rebellion bordering on genius that only a truly saturated local could cook up.

“That way you get a fresh one that they have to make, instead of one of the pre-rolls, “ says Dustin Jones, front man of Special “C”.

That’s right, the famed Special C from our local Mexi-takeout window isn’t the only staple in town going by that name. Also indulging people’s faces under that moniker is Special “C,” a Punk and Reggae fusion band that was formed by three old friends in the backyard of a Redondo Beach home on none other than Avenue C; just over the hill from El B.J. itself.

It all started in late 2007 with Jason “Bubba” McMackin’s birthday fast approaching. Bubba, formerly of the bands Product and Dubweiser, wanted to play a birthday show, but was a like maniacal drum machine without anyone to operate the controls.

“There’s no volume control on my drums,” he says. “It’s rock on or put the sticks down.”

Meanwhile, Jones, formerly of 6 Degrees of Right, and his friend Evan Pershing were jamming guitar and bass without a drummer.

“They needed a drummer, and I needed someone to tell me what to do,” continues Bubba.

The three Redondo Beach residents were old friends from various local ties. Things like, Bubba’s brother Byron McMackin was (and is) the drummer of Pennywise — who Jones actually worked for in the early days, spreading fliers and such. They floated in the same circle, even in High School when Jones and Pershing graduated MCHS together in 1991, while Bubba did the same at rivalry campus RUHS. They had (and have) a sound proof jam room in a garage between two houses on a lot on Avenue C, and found themselves jamming together in 2007. Bubba’s brain began to storm…

“We did it for my birthday,” he says. “We started jamming, everything was clicking…”

Jones continues, “We practiced for two weeks to play his birthday.”

And with the ensuing show at VFW in Redondo Beach, Special “C” the band was born — being, according to Jones, just as much of a “gut-bomb” as the brown bagged El B.J. order.

Their sound is rebel music. Punk and Reggae. They say they’re both rebellious in nature and that Reggae is punk. After all, a musical genre isn’t always a sound, so much as an attitude; that’s why artists like Johnny Cash become adored by punks, and why a local band like Fartbarf can even be regarded as having Punk appeal.

Jones says, “The cliche answer is we’re just like Sublime, I guess is our recipe – for lack of a cooler term. We just play what we like to hear.”

That really seems to sum it up, they play what they like to hear; which is Punk and Reggae, so why not fuse them? As such, the band appeals to a broad demographic. Anything from youthful thrashers who follow the STD’s and Local Hate, to fans of Tomorrows Bad Seeds and the Originalites, to old-schoolers endeared to Pennywise, Black Flag, and the Circle Jerks. All of those fans seem to be mashed up in overlapping circles anyway, which lends to another primary appeal of Special “C”… They’re known for sporadically including members from any local band within the greater circle, young and old, new and defunct, during their live shows, where anything can happen.

Beginning with that very first birthday show, the band had their friend Tom Fielder come on stage to sing a Black Flag song with them, and from that point forward their collaborative and inclusive nature became tradition.

Jones says, “That’s all we are, we’re a mess. We’re like inclusive… Not a band that toots our own horn… When we do a show, we want our friends from other bands to come up and do songs with us. That’s like our ethos.”

Special “C” is not to be confused as a cover band, however. They like to pay homage to some of their musical heroes upon stage, but they’re an original act full of their own material.

Jones continues, “There’s a list of very important people in the South Bay that we’ve included in our sets… People who’ve contributed who we’ve always admired…”

“We’re about everyone else, but not about us,” says Bubba.

Although, plenty of others are indeed about them. The band openheartedly points to boundless help from members of the community, in addition to local bands. From Burgie, who has booked them for Iron Man numerous years, including this year, from Dive N’ Surf, who has booked them for several D-Man Festivals (in fact, Bubba was wearing his D-Man Fest shirt during this interview), from Ken Seaton of Hardline Entertainment, Dave Resin and Resin Music, from Sanuk Shoes & Sandals, E.T. Surf, and the list goes on including all the local venues who call them to play shows.

“One hand washes the other,” says Jones. “For lackadaisical losers, we’re always punctual – that’s why we’ve played everywhere [in the South Bay]… Without ever trying to book shows, we’ve managed to have a few shows every month.”

Bubba adds, “Once we get done with our five-year South Bay tour we might finally have a full album!” 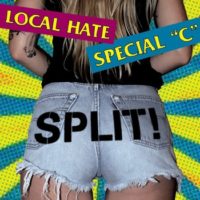 For now, Special “C” has an official live bootleg from Brixton 2009 out on CD, and just very recently released a split CD with Hermosa Beach band Local Hate, engineered and produced by Darian Rundall at Mo Punch Studio in Hermosa Beach. A limited pressing of 1000 was released on 2828 Records, and although Special “C” tends to hand them out like business cards, they’re available for sale on their website. Their first full-length is in the pre-production process, which for this band means they’re mostly writing new songs as they go on stage. While the band jams together in the garage, Jones often writes new songs while keeping them to himself until unveiling them live, even before the band, on stage.

Their next show is this Saturday at The Hangar in Manhattan Beach. “Cinco de Drinko” with Special “C” begins at 5 p.m.

Bubba says, while gesticulating aimlessly in the direction of any venue in town, “We’re all here for the same reason, to go kick ass at that show and kick everyone in the grill with our music!” 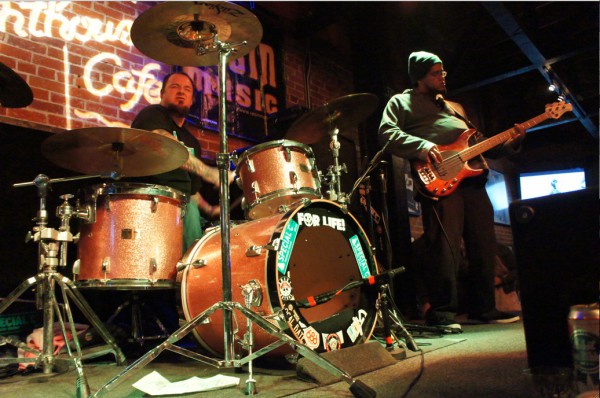 Special “C” also plays May 15 at The Shore in Hermosa Beach with the Originalites, as well as The Viper Room in Hollywood on May 25. They set off for a couple of festivals late August-September in Las Vegas and Boulder, CO. For further show dates, CDs, and more information on the band see their website at http://specialcrb.blogspot.com. ER