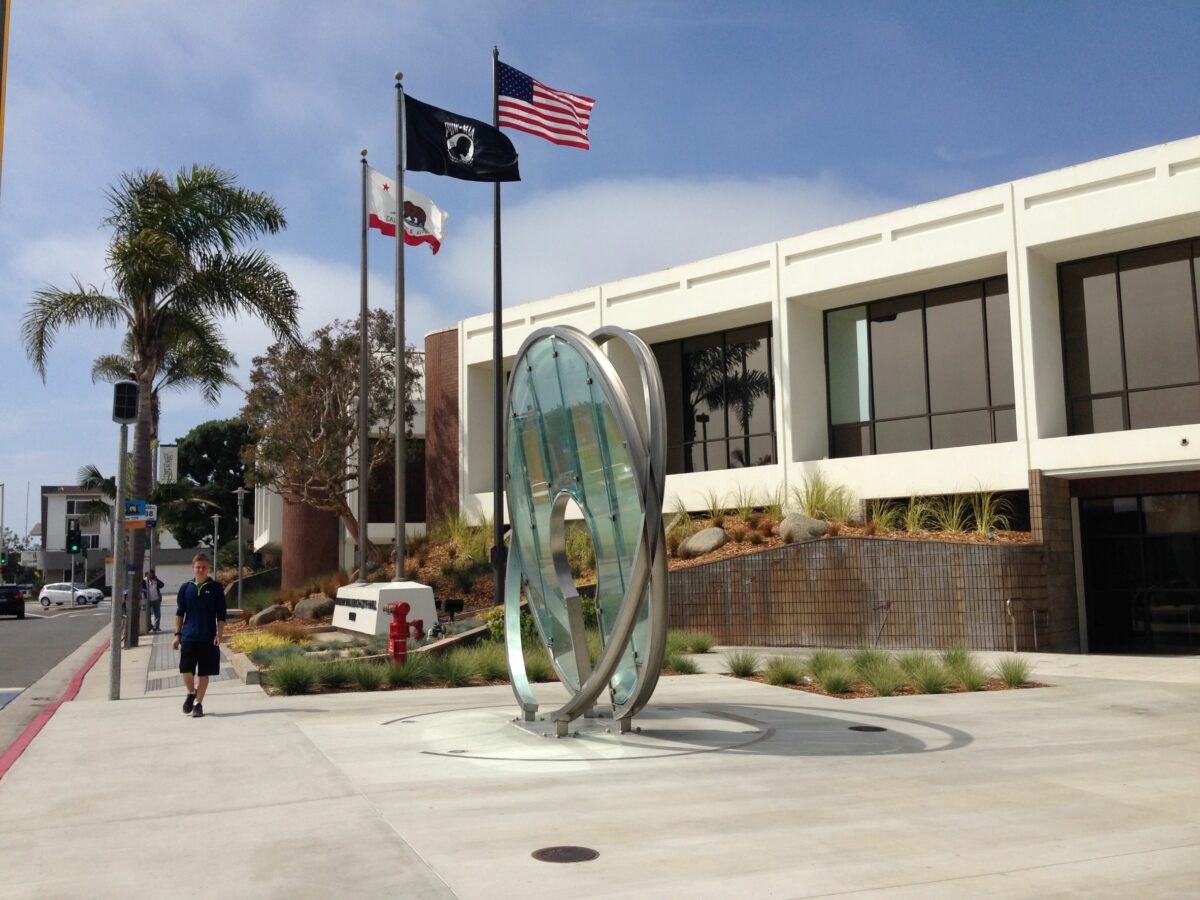 The Manhattan Beach City Council last week voted to place an initiative on the November ballot to directly compete with a cannabis industry initiative that seeks to allow up to three cannabis retailers in the city. The initiative proposed by Council would uphold the City’s existing ban.

Essentially, the Council decided to go head-to-head against the cannabis initiative.

Councilperson Suzanne Hadley said that November’s election will be lively, and that citizens are already engaged locally.

“I think simple is better and I’m leaning toward rolling the bones and just having a competing measure,” Hadley said. “Retail is prohibited, and not putting a tax measure on the ballot. I think our residents will vote this down…So I’d like to trust the voters. I am no longer positive about putting two measures on the ballot so that the plurality of them could beat the pot shop one. I am willing to go all in.”

Councilperson Joe Franklin said the relatively high turnout in the June election that defeated a school parcel tax was “heartening” and suggested that putting up two measures would enable the cannabis industry to further engage in spreading misinformation, as has been alleged in its signature gathering canvasses that put the commercial cannabis initiative on the ballot.

“In their signature collection efforts, they brought a lot of confusion to our residents,” he said. “They said, ‘Well, look, your City Attorney wrote the measure, or endorsed the measure, so the City endorses pot shops.’ I think that’s subject to a lot of manipulation by the measure’s proponents, and I think they will go all out in exploiting that confusion.”

A simpler yes or no campaign, Franklin argued, would be more effective in allowing voters to express what they really believe.

“Pot shops are pretty emotional for our residents. I don’t think a majority want them,” Franklin said. “I think we, or whoever, could launch an effective campaign against them. And I always have to remember to put my faith in the residents of Manhattan Beach for knowing what’s really good for Manhattan Beach, not only for their own families but for families down the street.”

A City staff report cited a University of Chicago study on competing ballot measures in states that have “direct democracy” in the form of an initiative process and found that ballot measures closer to the status quo tend to prevail. The City has not conducted a survey of its residents, but in neighboring Hermosa Beach —  where the cannabis industry will also have a ballot measure aimed at allowing dispensaries —  a survey found 53 percent of residents in favor of allowing commercial cannabis operations.

Councilperson Hildy Stern expressed concern that should the cannabis initiative prevail without an accompanying tax measure, the City would have lost its best tool for disincentivizing cannabis stores from locating in Manhattan Beach — extremely high tax rates that would either drastically reduce profits for the cannabis operators, or increase prices so much that it would put them at a competitive disadvantage. Retailers already are required to pay a 15 percent state tax, as well as local sales tax, which in Manhattan Beach is 9.5 percent, so adding 20 percent would create a cumulative 44.5 percent tax on cannabis products in Manhattan Beach.

“I still have this concern…because we’ve never really surveyed our community,” Stern said. “I haven’t ever heard that our community wants the sale of cannabis, but we do have this initiative, and they’ve been very successful in being very crafty about how they have communicated their initiative and I don’t anticipate that to change. So I’m worried that we will not have any protection if we don’t at least include a tax that will maybe be a disincentive to having any pot shops in Manhattan Beach.”

Mayor Steve Napolitano said that even if the cannabis initiative passes, the retail stores could take years to open locations in Manhattan Beach, giving the City ample time to come back to voters with a tax measure.

Napolitano said a simpler, more direct ballot with competing measures would make the defeat of the cannabis measure more likely.

“I don’t think people are going to vote for pot shops and for high taxes,” he said.

Elliot Lewis, the founder and CEO of Catalyst Cannabis, the primary backer of the cannabis initiative, responded to questions via email and expressed confidence that Manhattan Beach residents would vote in favor of allowing cannabis retail in the city.

“I think our initiative will prevail. We will put in the work to turn out our voters,” Lewis said. “[The] cannabis issue for sure is a winner over time. More and more the polling is improving. We just need to turn out our voters. We are all in on this cycle, and will be okay with what the voters decide, but over time no doubt cannabis retail will be in Manhattan Beach.”

Catalyst has also placed measures on the November ballots in El Segundo and Hermosa Beach, while Redondo Beach will hold a special election in October.

Lewis said that his company, which has 13 locations in Southern California, would be largely unaffected by taxes intended to disincentivize its retailers. But he also said that Catalyst does not expect all its ballot measures to win.

“We will be lucky to win one or two throughout all of [the] South Bay, and we don’t change our pricing regardless of location,” Lewis said. “We are the best price dispensary in SoCal, maybe the state, so [disincentivizing through taxation is a] stupid argument.”

Catalyst is known within the industry for its lower cost products, offering both the top shelf, more expensive cannabis that higher profile retailers such as MadMen offer, but also cannabis that is less than half as costly as industry norms in Southern California.

The council approved a ballot measure upholding the City’s ban on commercial cannabis 4-0, with Councilperson Richard Montgomery recusing himself. ER