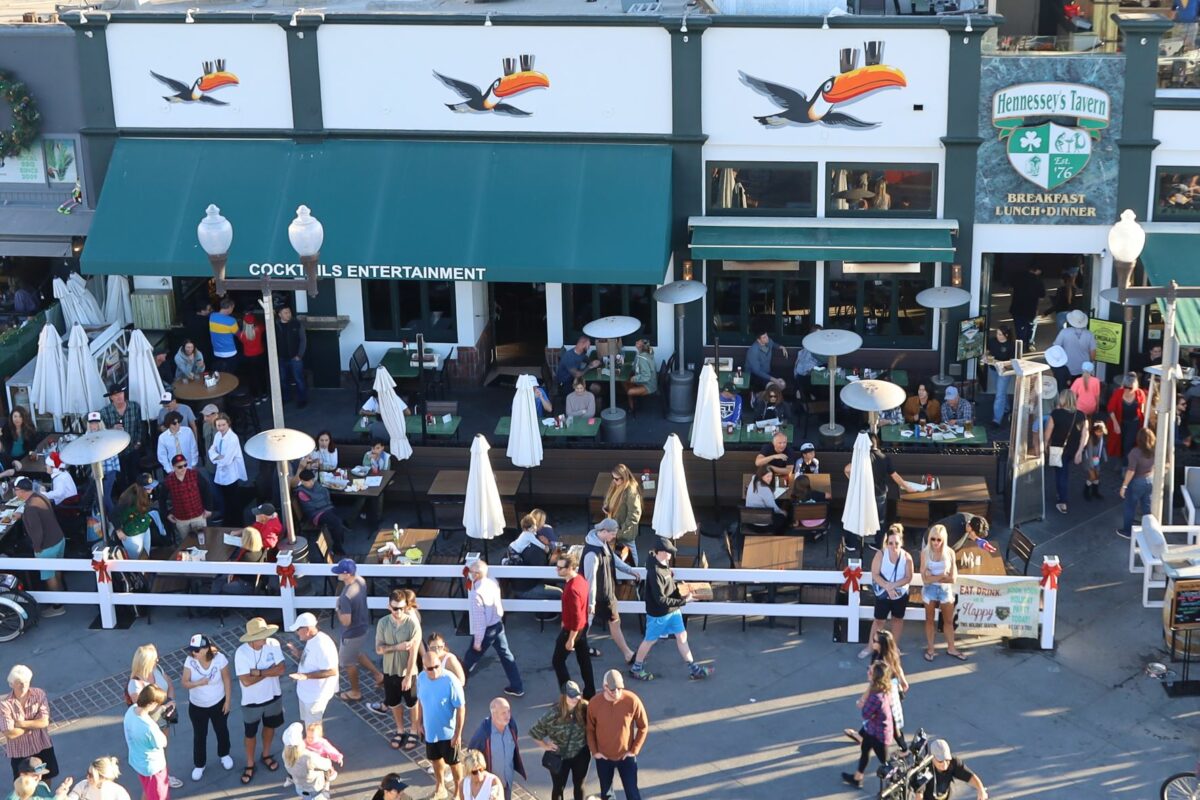 Hennessey’s two can toucans are a sign, not a mural, Hermosa’s Planning commission concluded. Photos by Kevin Cody

To be beside the blue.

With Guinness Time in view

can ‘You guess what Toucan do’

Three Toucans residing ‘beside the blue Pacific,’ on the front of Hennessey’s Tavern, are two too many, Hermosa’s planning commission concluded at its Tuesday, November 15 meeting.

Hennessey’s Tavern owner Paul Hennessey had applied to the commission to have the toucans designated as a mural.mural

The request was denied on a 4-0 vote. (Commissioner Rob Seamann recused himself because he celebrated his recent election to the city council at Hennessey’s.)

The commissioners contended the toucans are an advertisement for Guinness. Each of the toucans carries two pints of a frothy liquid on its bill.

Images on a business that show products sold by the business are defined as signs by the city code.

“Who said the two pints are Guinness? They could be root beer floats,” Hennessey argued.

Commissioner Marie Rice countered that the two can Toucans have been used in Guinness advertising since 1930. And because Hennessey’s sells Guinness, the toucans are a sign

Commissioners Steven Izant, and Pete Hoffman, both former members of the Hermosa Beach Mural Committee, expressed appreciation for the toucans, but conceded they had no rebuttal to Rice’s argument.

The commission agreed Hennessey could keep the smallest of the three toucans because its size conforms to sign size restrictions.

Hennessey said he will appeal to the city council “for some common sense.”

“I told the planning commission I’d remove the root beer floats, and thought we had a deal,” he said

“No one looks at the Toucans, and thinks of Guinness, which hasn’t used Toucans in its advertisements since 1982. People think of the Jungle Boat ride at Disneyland, or Toucan Dan (from the television series Timon & Pumbaa),” Hennessey said. 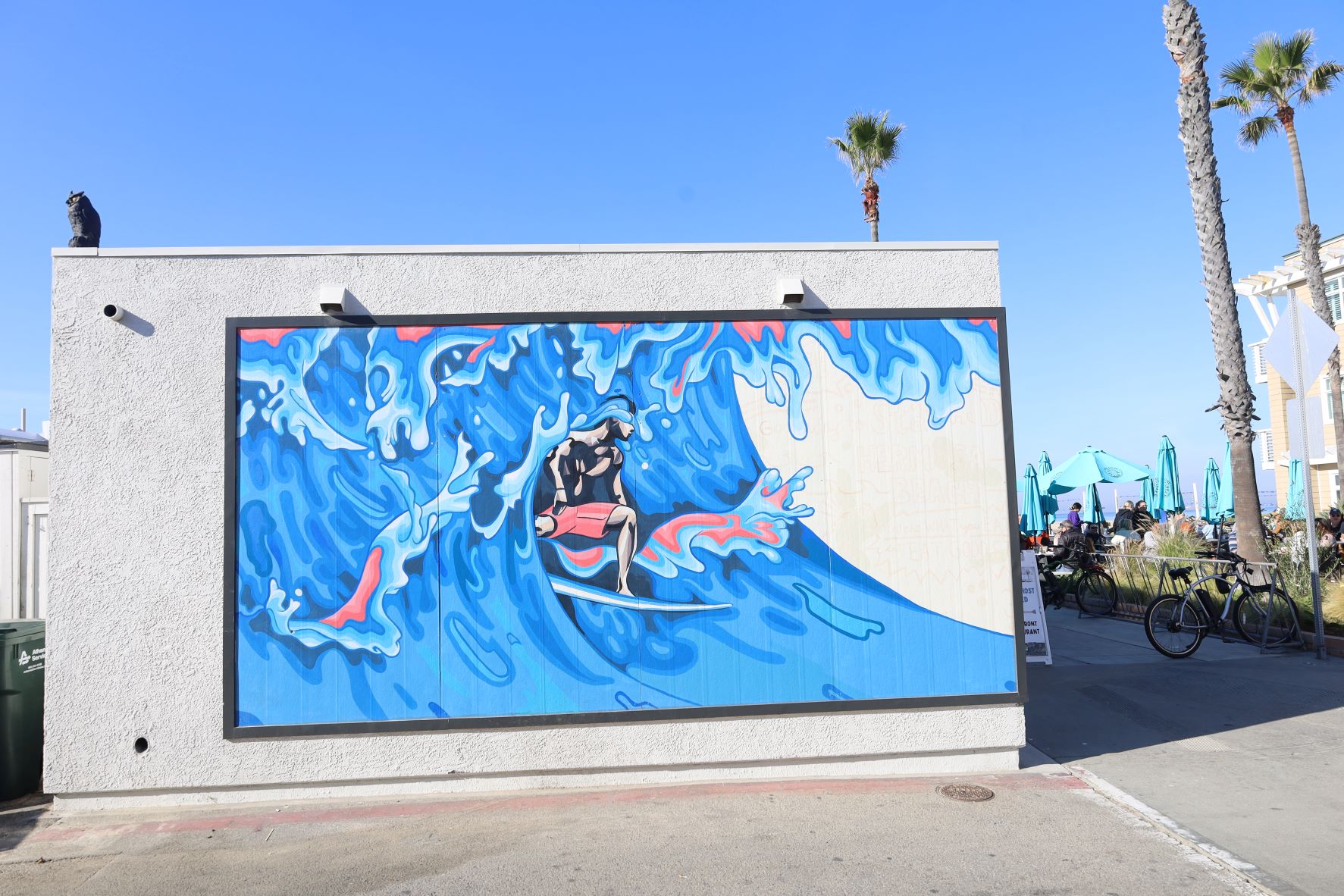 Good Stuff’s “Psychedelic Surfer” received mural status from the planning commission, on the condition that the Instagram hashtag be removed. 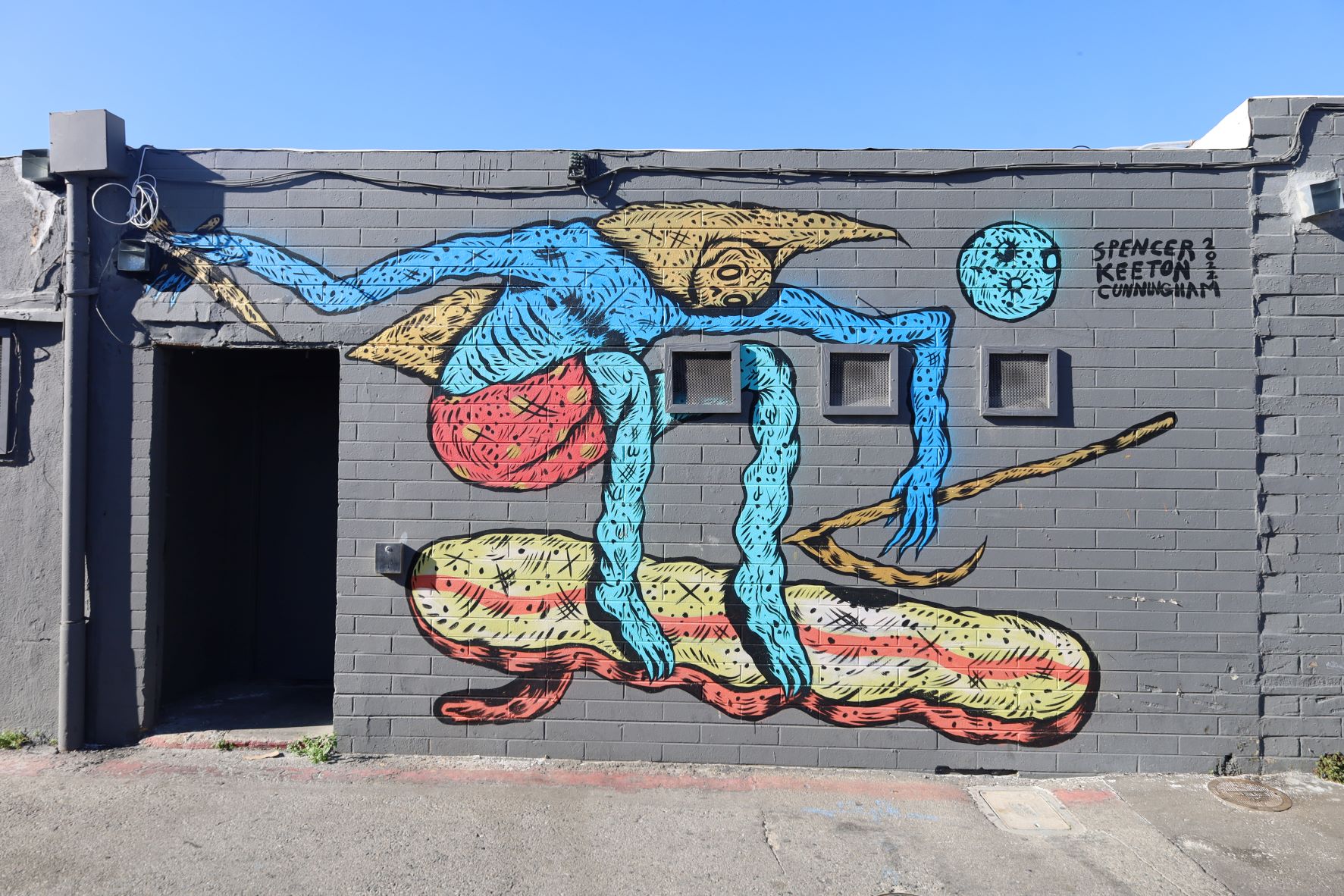