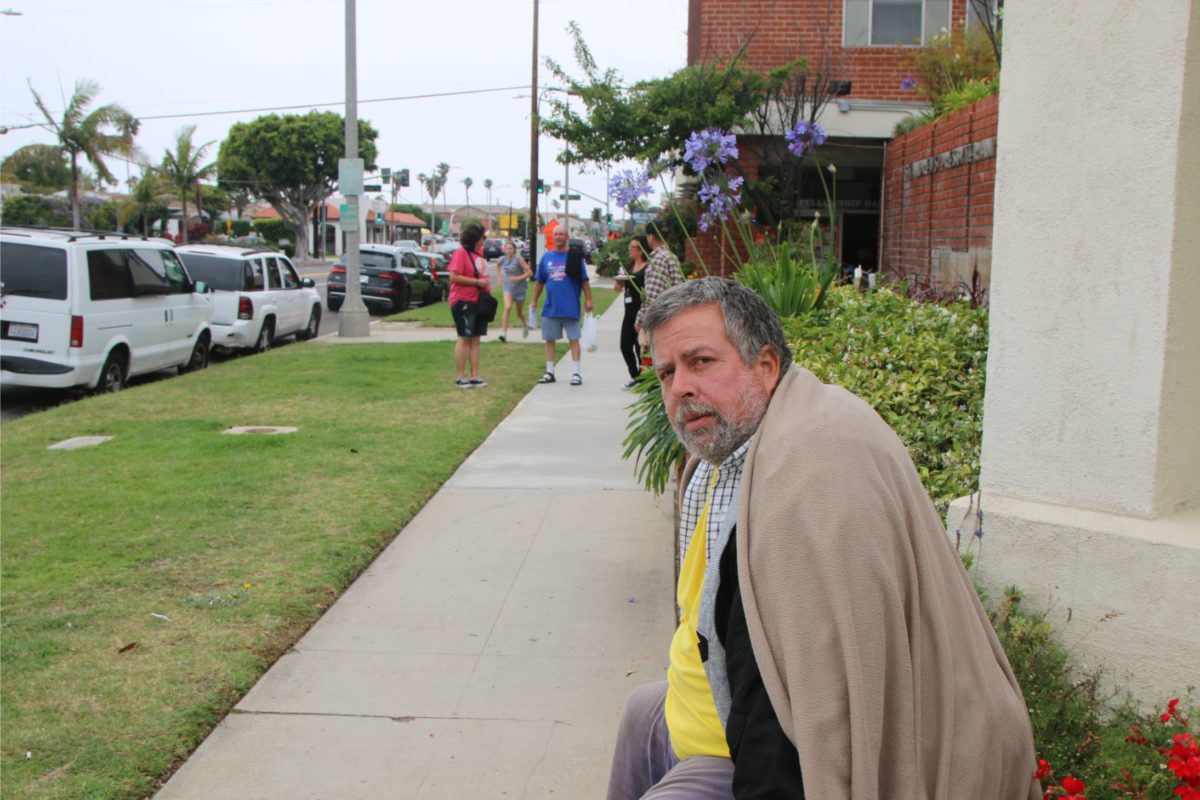 Homelessness services are regularly available to attendees of warm-meal ministries, such as those provided by St. Andrew’s Presbyterian Church. Photo by David Mendez

A brief was filed Tuesday by municipalities including Redondo Beach, urging the U.S. Supreme Court to review a decision that has prompted cities across California to stop enforcing anti-homelessness laws for fear of legal retribution.

Redondo Beach, one of the earliest cities to jump on the brief, was among the 33 California cities and counties endorsing the brief.

The Renne Public Law Group filed its “friend of the court” brief urging the High Court to review the Ninth Circuit Court of Appeals’s decision in Martin v. Boise. The decision in the Martin case ruled that local laws prohibiting camping and sleeping on public property “when no sleeping space is practically available in any shelter” are unconstitutional violations of the Eighth Amendment’s protection against excessive fines and cruel or unusual punishment.

The brief argues that the decision places an “enormous” burden on municipalities “already working hard to provide short- and long-term assistance for homeless individuals,” and questions a number of points, including the definition of “practically available” shelter.

“The decision provides little guidance…forcing public agencies to grapple with its meaning in practice and risk substantial civil liability should a court later disagree with that interpretation,” the brief reads.

“Connecting California’s growing homeless population with much-needed shelter and services is a critical priority for counties and cities throughout the state,” stated RPLG Founding Partner Teresa Stricker. “The Ninth Circuit’s ill-defined ruling could derail efforts to implement short- and long-term housing and service solutions by fostering endless and costly litigation over the decision’s meaning.”

The Ninth’s ruling, the brief says, has caused several cities to “throw up their hands” and abandon attempts to enforce anti-camping ordinances. Municipalities, it says, are put to a Hobson’s Choice: Enforce the law and risk getting sued, or put public safety at risk for both housed and homeless residents.

Redondo Beach elected to join the brief in June, as part of a multi-pronged approach to combat homelessness-related issues within the city; later that month, the City Council approved $245,000 in homelessness-related spending, working to reserve bed space in local shelters and realigning police department resources to more efficiently deal with problems. Neighboring cities Manhattan Beach and Torrance also joined the brief.

“We do not have a shelter here. If someone is sleeping on a sidewalk, you can’t arrest them, because there’s nowhere for them to go,” Redondo Police Chief Keith Kauffman said in a June interview. “What we can do best now…is focus more attention, do more patrols, work closely with the City Attorney’s office and continue looking for the best way to decrease homelessness here in Redondo.”

The Supreme Court is expected to decide whether to hear the case by 2020.