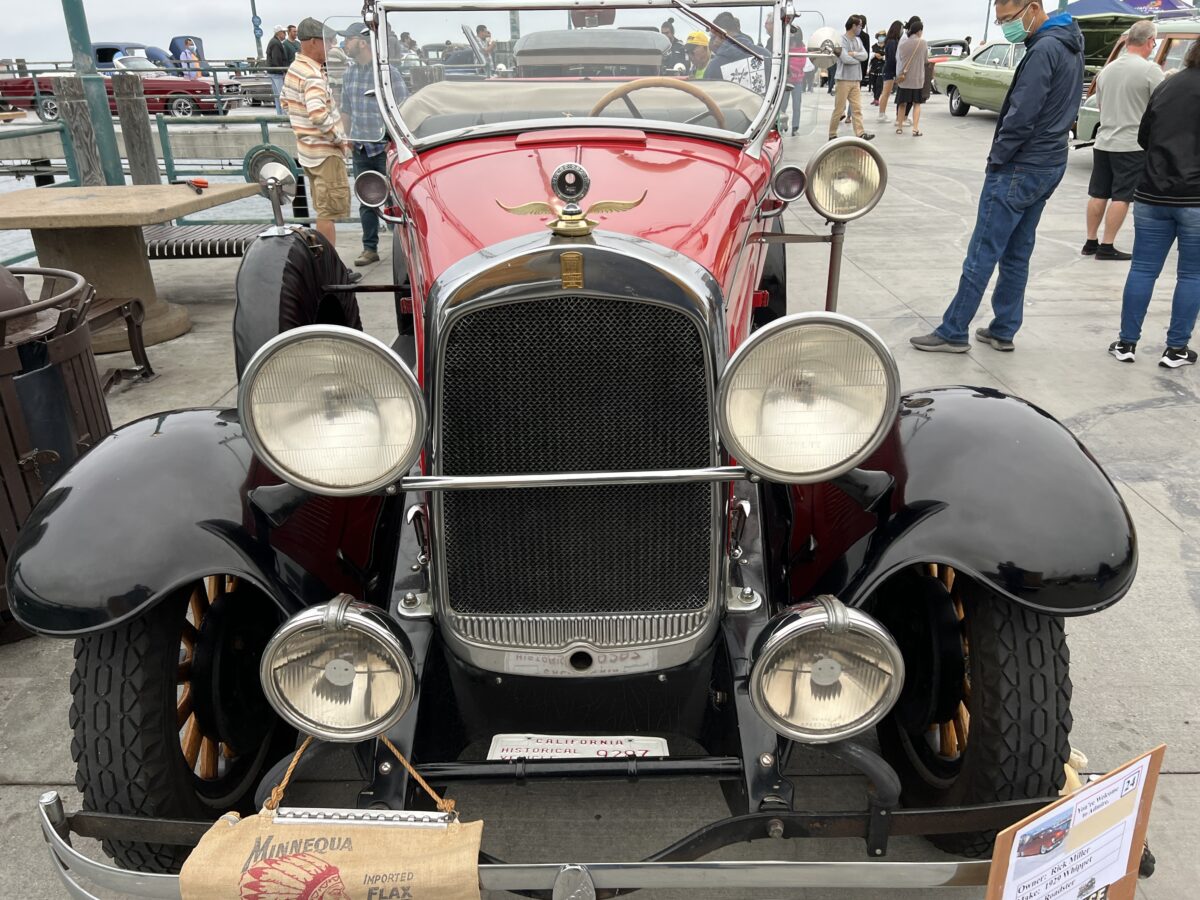 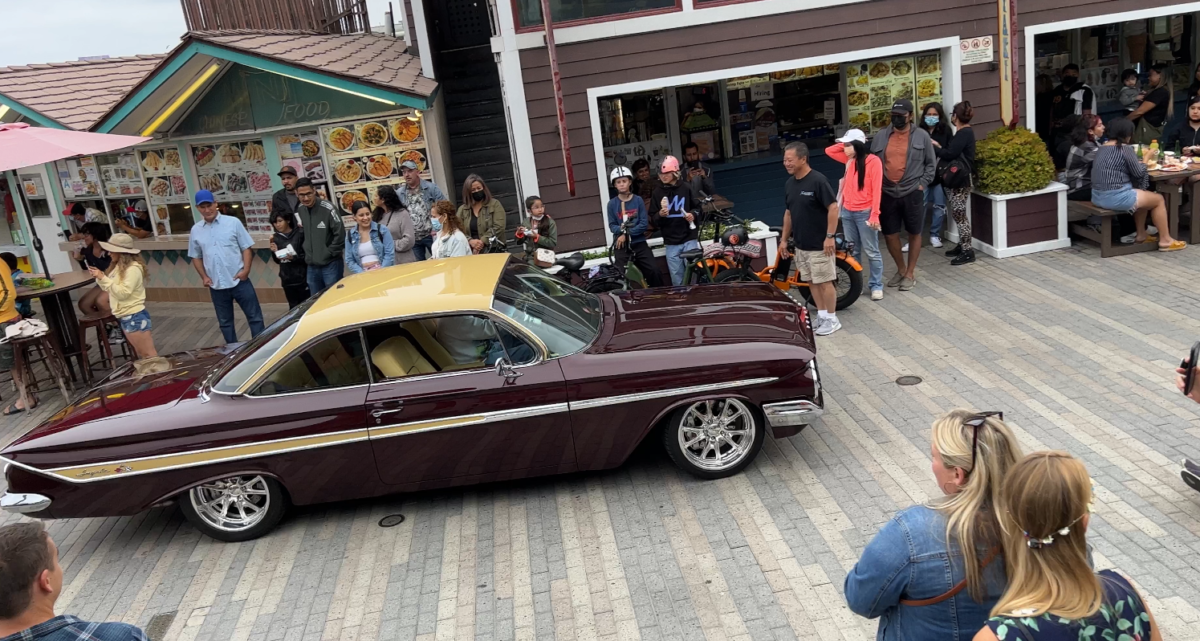 After taking a COVID break last year, classic cars returned to the Redondo Beach Pier Sunday for the 17th annual Rods, Rides & Relics car show, with nearly 100 cars on exhibit, mostly on the west side of the Pier. 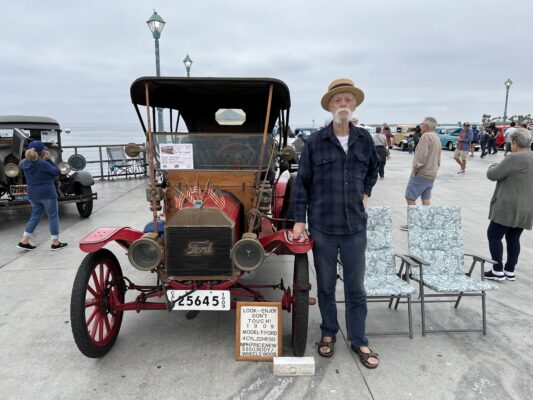 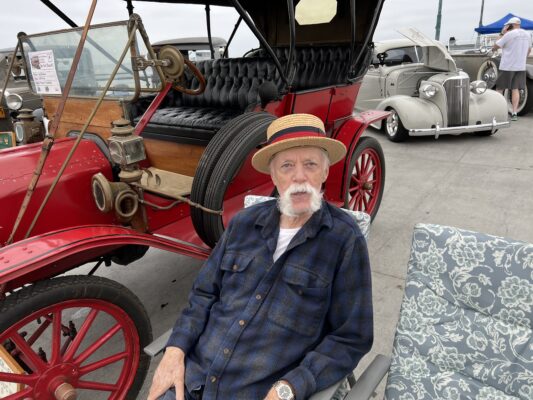 Dana Graham’s restored 1929 silver Packard won the “People’s Choice” award for favorite displayed car, while Smitty Smith got the “Participant’s” nod from other exhibitors for his 1937 Ford truck. 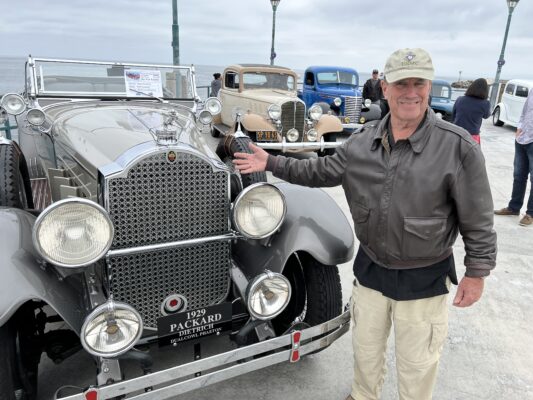 Pat Aust, the retired Redondo Beach fire chief and avid car collector was the curator for the show. He said it was good to be back on the Pier. “People were happy to be here,” he said. 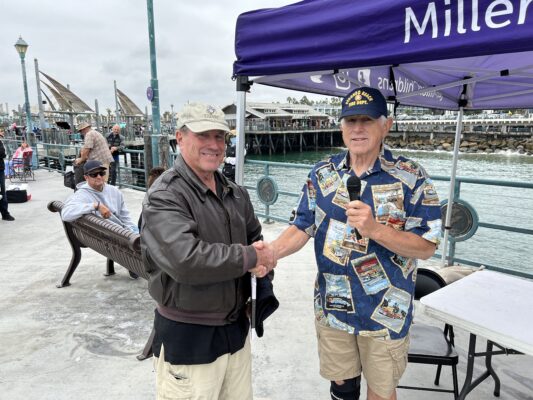 The show’s finale was the high point for many of the Pier participants, as the 96 cars on display left their berths with a slow “parade” by Old Tony’s and through the main thoroughfare of the Pier.

Smith, who lives in Culver City, said he got “goosebumps” from winning the Participant’s first place finish. “It’s amazing to be chosen when you don’t expect it.” He bought the truck from a neighbor for about $50,000 and spent three years restoring it. 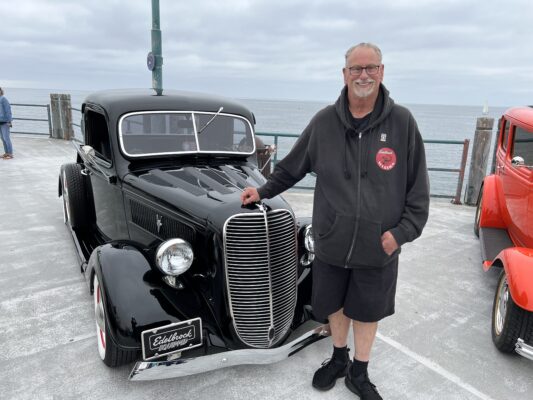 Smitty Smith with his 1937 Ford pickup truck, the winner of the “Participants Choice” award, voted on by the exhibitors.

Graham (no relation to this writer) spent $125,000 for the Packard and post restoration it’s now worth double, he said. 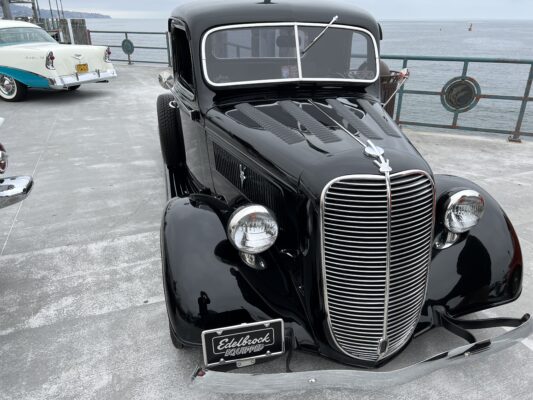 The car collector, who sells real estate in Palos Verdes quipped that he liked exhibiting in Redondo Beach from his nearby perch. “It’s downhill from PV, so the car makes it.”

The car does so well, in fact, that he drives clients around in the Packard when he shows them homes. “The brakes are lousy so it makes them want to buy right away. They say, “I’ll buy the next house., just get me out of this damn car.” 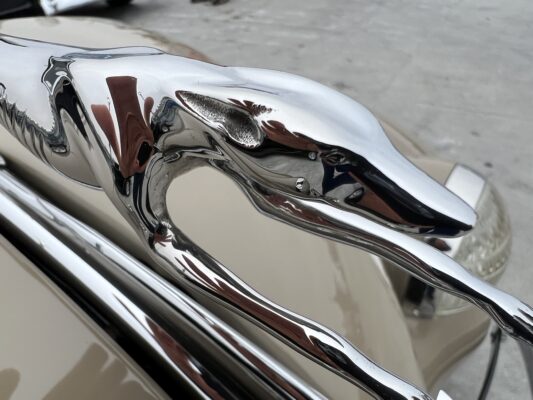 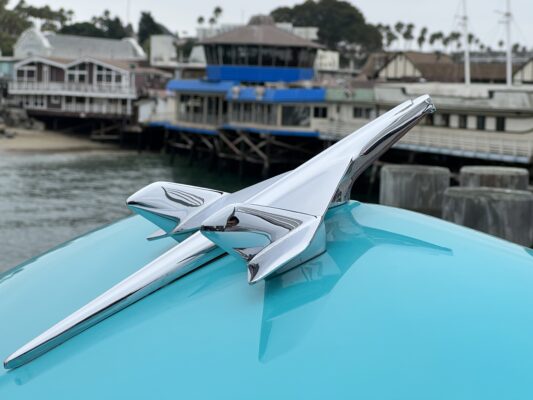 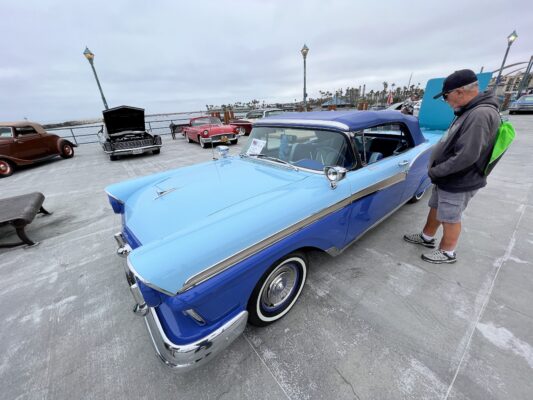