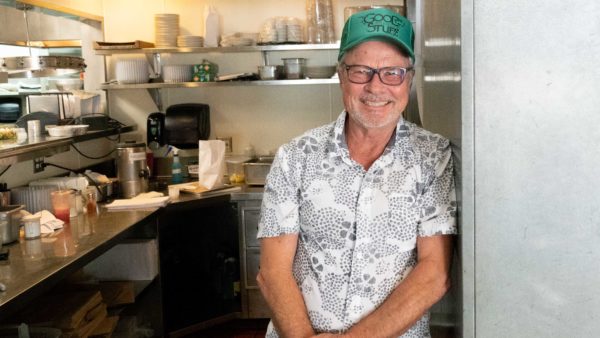 Cris Bennett is celebrating 40 years in the South Bay for his Good Stuff restaurants. He’s seen here at his Redondo Beach location. Photo

Last month, while the coronavirus had forced Chris Bennett to close his four Good Stuff restaurant dining rooms and shift to take-out only, he reached out to the 45,000 subscribers on the Good Stuff email.

Donate $20 and Good Stuff would prepare two meals for health workers at the Providence Little Company and Torrance Memorial medical centers, he wrote. His servers would deliver the meals. Bennett’s daughter Cassidy, a teacher at Tulita School in Redondo Beach, suggested the idea after reading about a similar first responder meals program at a Los Angeles area restaurant.

Over 200 people contributed the first day. Another 500 contributed the second day. Since sending that email, Good Stuff has delivered over 2,500 meals to the two hospitals and other first responders.

“The power of our regular customers is just phenomenal,” Bennett said. “And the people are so willing. Some were buying 100 meals at a time, just to help. It was so amazing.”

The response is a reflection of the customer loyalty Bennett has built over the past four decades, since opening his first South Bay Good Stuff, at 13th Street and The Strand in Hermosa Beach.

“My 40th anniversary was April 24, and we had big plans,” he said, “with ‘Throwback Days’ to the original menu, new T-shirts and commemorative coffee cups.”

But while the pandemic has put everything on hold, “it’s still my 40th year. We’ll just celebrate later,” he said.

The anniversary marks 40 years operating in the South Bay. The first Good Stuff actually opened in West LA in 1979, when he was 27 and working a full shift  at the 24-hour Criterion restaurant at 13th Street and Highland in Manhattan Beach. 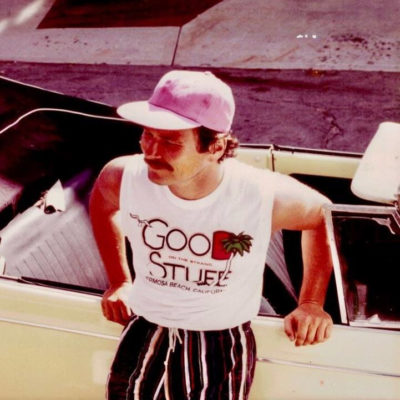 He was making good money. But when he learned Bob’s Beach Burgers on The Strand in Hermosa Beach was set to close, Bennett borrowed $60,000 from his father and mother to take it over. Dad helped out by serving as a greeter for the first 20 years.

“You’re right on the beach, by the pier, in front of volleyball players, surfers, cyclists, roller bladers, tourists. It just screams California. It’s where everybody wants to come,” he said.

“It was like we were printing money,” he said of those early years. 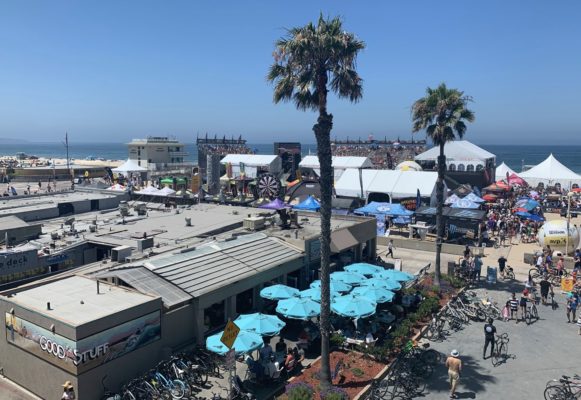 Summer photo of Good Stuff Hermosa Beach, with the AVP in background

But it wasn’t entirely about location. Quality food and friendly service are equally important.

“We serve a healthy meal at a good price. And we know your name and what you want to eat before you say it. We make everyone feel welcome. That’s important,” he said.

In the mid  ‘90s and continuing through the early 2000s Bennett became a familiar personality through cable television ads that ended with him reminding viewers, “You are what you eat. So eat Good Stuff.” He also built recognition and customer loyalty through support of community programs ranging from youth sports, lifeguards, schools, outrigger paddlers, to chambers of commerce and service clubs.

In recent years his marketing efforts have shifted to social media.

I opened my Good Stuff in Hermosa Beach 40 years ago this week. We had planned some big things and now this iconic…

Julie Elkin, a former server at the Hermosa Good Stuff, wrotet. “Loyal regulars, people to work with that I will love forever. Best job experience ever. I still see regulars years later and I’m like, ‘Hey, eggs Benedict.’”

Rich Malkin, a regular picking up a to-go cheeseburger and fries at the Redondo location, said he was there to support Bennett. “Good Stuff is my favorite restaurant. I really miss it. Take-out is the second best thing I can do. I can’t wait to come back.” 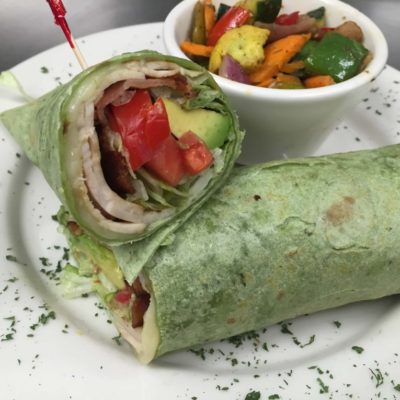 The California Wrap from Good Stuff 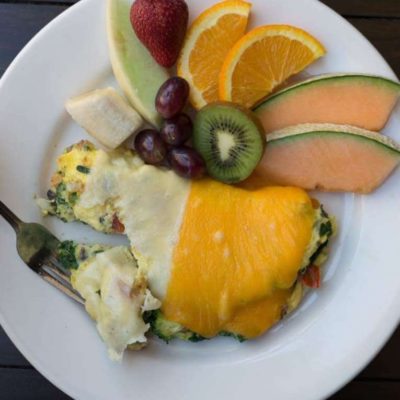 All four Good Stuffs serve breakfast, lunch and dinner,. “But if you ask the regular Joe what Good Stuff is all about, it’s breakfast,” he said.

“That’s our niche. What we’re known for. It’s why we also serve breakfast for dinner.” 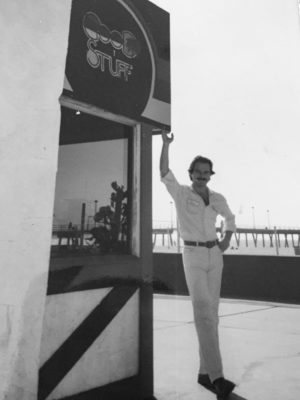 Gary Cris Bennett was born in Fillmore, Utah, the son of stay-at-home mom MarJene and Gary who worked at TWA Airlines and moved the family to Westchester to be closer to LAX.

Gary was called Cris from his earliest years, he said. The unusual spelling was because his parents wanted something “a little different, to stand out.”

When he was 15 he was itching to get his first car and got a job as a busboy at a nearby Mexican restaurant.

After his first night at work, he came home and asked his parents to sit down. “I have big news. I’m going to be in the restaurant business,” he told them.

“The flow, the customers coming in, working alongside people. The hours went by in the blink of the eye. It just connected with me. Serving people and working in a  fast paced environment was what I wanted to do,” he said.

The restaurant still stands, though Bennett sold it several years ago. 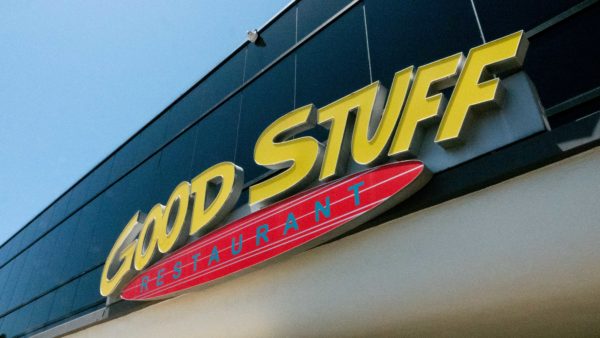 In 1993 he took over the building where the Criterion once operated in (it had changed hands and turned into a brewery) and renamed it Good Stuff Manhattan Beach. It closed in 2007 after he received an offer to convert the property to office condos. He hoped to move to a new Manhattan location, but never found the right property.

All his restaurants are inspired by the California Dream that drew Bennett to the Hermosa Strand location. Surfboards and photos of volleyball players and outrigger canoe paddlers hang from the brightly colored walls.

But during the years he was expanding to neighboring South Bay cities, Bennett almost lost his flagship on The Strand.

When Thelen died in 2007, his family sold the property. A 99 room hotel was planned and received initial approval from the city. But last October, the developer notified the city that the project was on indefinite hold because of “severe deal fatigue from our investors.”

Bennett responded to the news with a celebratory post on Facebook: “We are going to be in Hermosa Beach for a long time and I have requested to be buried under the sidewalk!” 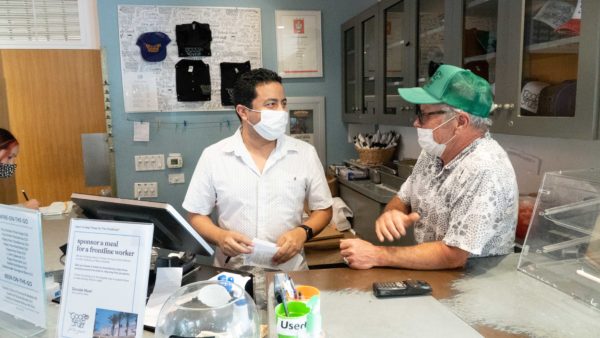 Jairo Gutierrez, the manager of Good Stuff Redondo Beach, and a 30-year employee of the restaurant, chats with owner Cris Bennett

Since being required to close his restaurants at the end of March because of the coronavirus, the El Segundo, Redondo and Palos Verdes Good Stuffs have offered take-out. The Hermosa Strand Good Stuff didn’t because with The Strand and beaches were closed, making access difficult. But with the beach in front of the restaurant expected to open this week, the Hermosa Good Stuff will also begin offering take-out.

“I’m optimistic,” says Bennett. “Hopefully people can come out and start putting their feet in the water again.” He’s hoping that by June 1, his dining rooms can start to open as again as well.

Bennett sees a silver lining to the forced pivot to take-out.

Good Stuff Redondo is averaging about 200 take-out meals a day, down from the 500 meals when people dined in. The Good Stuffs in Hermosa and El Segundo are open for breakfast and lunch take out, while Redondo and Palos Verdes offer dinner as well.

Pre coronavirus, take-out represented just 10 percent of Good Stuff’s business. Bennett is hopeful that post coronavirus, take-out will continue at the level it’s at now. He’ll need a strong take-out business, he said,  to surmount the challenges he and other restaurants will face when they reopen.

“I’ve heard talk of serving at a 25 percent capacity to make room for social distancing. That will make it hard to operate a profitable restaurant.” he said. 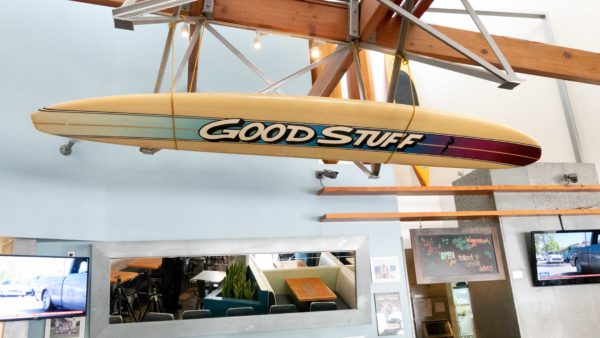 Meanwhile this year, at 67,, Bennett was hoping to spend more time with his kids and grandchildren, playing golf and traveling.

“Then things went upside down, and brought me back to work,” he said.

His son Chase, 24 is taking a more active role in running the restaurants, but Bennett doesn’t think he’ll ever step away completely.

“It’s been everything I dreamed of and more. It’s been hard, the stress and anxiety of owning your own restaurant, but it’s been worth it. I couldn’t have written the script any better.” ER