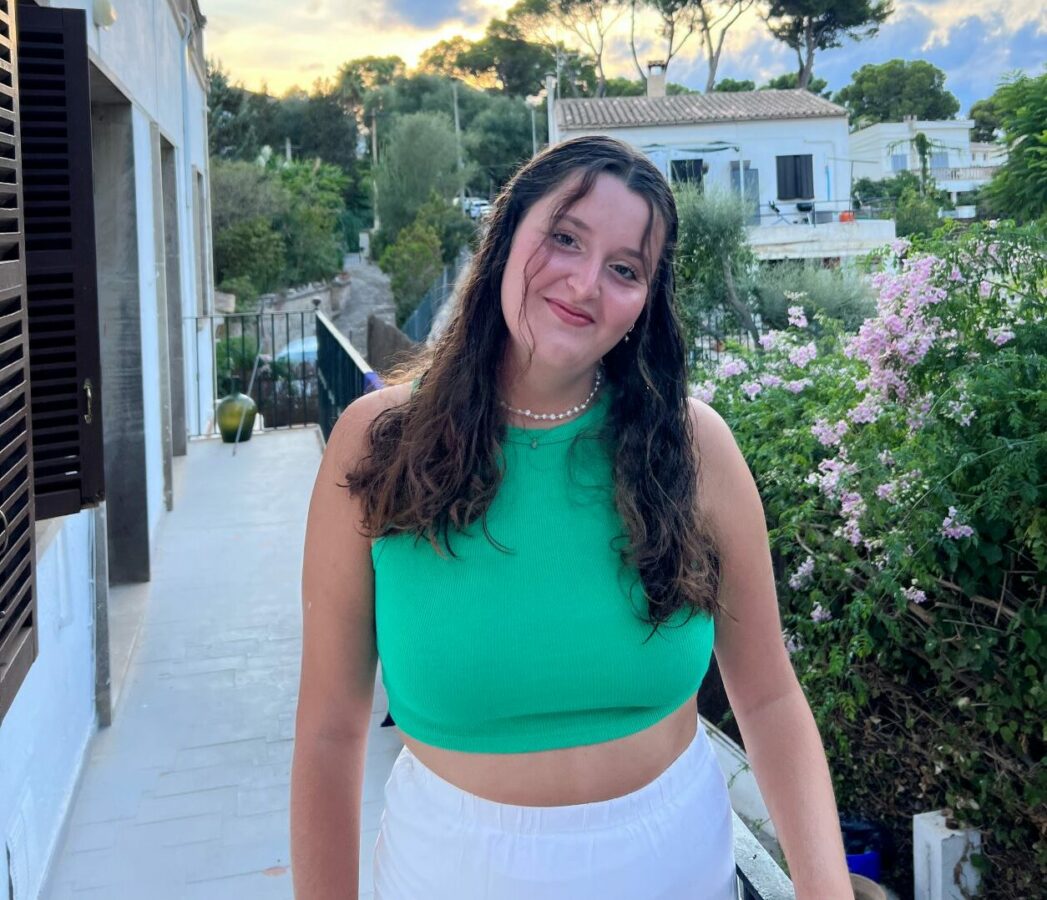 Cubillos attended Mira Costa, and then the Berklee College of Music, in Boston. She is enrolled studying in Spain. This interview was conducted by email.

ER: What are you studying?

MC: I am studying in Valencia, Spain at Berklee’s campus here. My major combines songwriting, and music business so I’ve been taking a few music business classes, focused on international  business, as well as some classes on Spanish culture.

ER:- How does that all fit in with Berklee in Boston?

MC: The campus in Valencia is Berklee campus like the one in Boston, the curriculum is the same. The campus is relatively new so not everyone’s major classes are offered, but luckily it worked out for me. I am only here for the semester so I will be heading back to Boston for the spring semester starting in January.

ER  – What drew you into writing music, performing music, and deciding to study at Berklee?

MC: My parents are both huge music lovers, which I think initially sparked my interest in music. There was always music playing around the house, and I remember so many family gatherings with everyone just singing and dancing. I think even before I decided to pursue music it was ingrained in me that it was something I wanted to do. Once I started singing my parents were so supportive with everything and have been since day one. Having their support and belief in me made things like studying at Berklee and releasing music feel possible.

ER: Tell us about your debut release.

MC: When I first “Old Shoes” back in March for one of my Berklee classes it was a time where everything in my life had shifted, and I had been trying to run away from a lot of the changes thrown my way. I realized that I had been hiding from things for so long and that it was time for me to face the changes and allow myself to grow with it. When I went back to Hermosa Beach for the summer I reached out to Steve Ornest, who produced the song and helped turn my vision for the song into something so special. Working with him to bring “Old Shoes” to life was such a fun experience and I definitely couldn’t have done it without his help.

ER From Hermosa to Berklee to Spain, how did this adventure come about?

MC: I remember hearing about Berklee my freshman year of high school. Once I finally believed in myself enough to commit to pursuing music, I knew I had to apply. I remember touring the school with my dad and brother. I fell in love with Boston, and the atmosphere the school creates. So when I was accepted, I knew I had to go. During my first semester at Berklee I saw that they had a campus in Valencia Spain and I knew it would be a missed opportunity if I didn’t go. So now I’ve been here since August for the semester, and it has been such an eye-opening experience and has made me feel really inspired.

ER:What is next after Spain?

MC: I’ll head back to Boston in January to start my junior year at Berklee. I hope to do some more gigging in the South Bay and in Boston, and to record and release some more music in the new year. ER