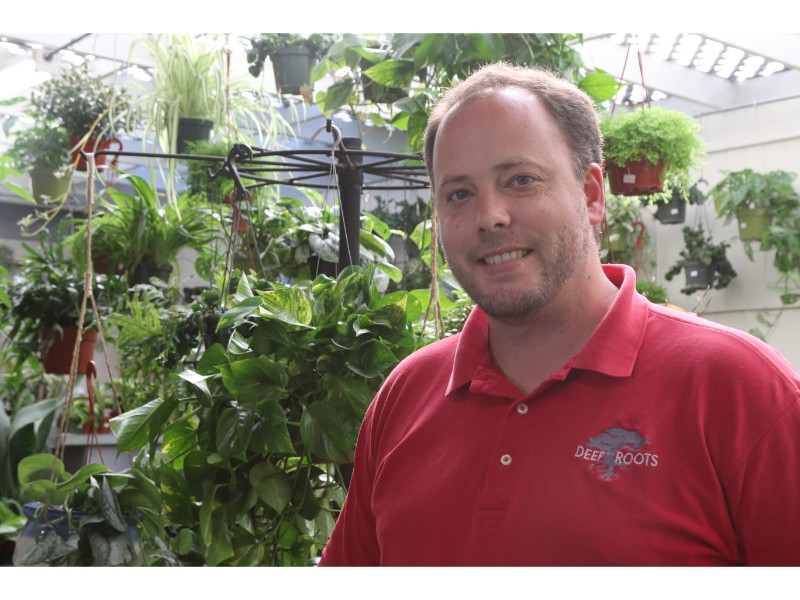 Jon Bell, who has worked the nursery since he was 15, bought and named it Deep Roots when he was only 28. Photo by Mark McDermott

The sprawling, barn-like structure at the corner of Sepulveda and 2nd Street in Manhattan Beach has been a plant nursery for six decades but has gone through several iterations, most famously becoming a community institution as Bob’s Nursery under the ownership of Bob Brock from 1970 to 2000. It became a more high-end nursery after Brock sold, but one of his former employees —  Jon Bell, who began working at the nursery when he was 15 — bought the business in 2009, at the age of 28, named it Deep Roots and returned it to its roots. Deep Roots has won every Best of the Beach since, a seven year streak that doesn’t appear to be at risk of ending anytime soon. It’s an all-in-one garden center; in addition to several hundred species of plants (with an emphasis on plants native to this area), Deep Roots carries seeds, tools, organic fertilizers, pots of every size, chimes, garden boxes, bulbs, birdhouses, and offers landscaping and floral design services, as well as a full time florist, regular workshops, and educational outreach. With Bell at the helm, Deep Roots has, in other words, once again returned to community institution status.

“We try to cover all those bases,” Bell said. “Anything we can sell, we can install. We get to know people and, over time, get a grasp of what they are looking for. We try not to limit ourselves to any one thing.”