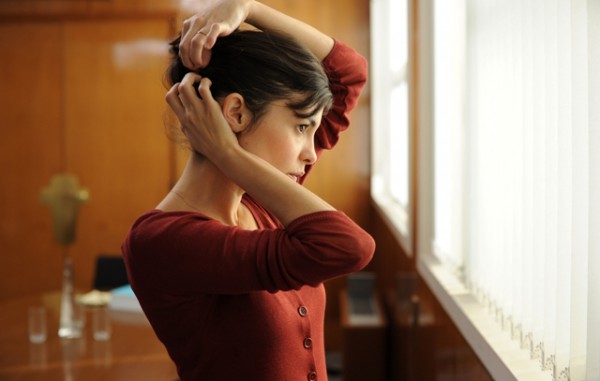 “Delicacy,” a film starring the incomparable Audrey Tautou, is a poor translation for the French title “Délicatesse,” as the title was meant to transmit, not the delicacy of her character but her finesse, grace, elegance and refinement. This distinction is important because “Delicacy” is the love story of Tautou’s character Nathalie, how she is consumed by the love of her husband François, how she is lost when he dies and how she finds it again in an unexpected way.

Nathalie is a wisp of a girl who is loved from afar by François until he gains the courage to speak to her. She has a quiet grace that attracts men and women alike. Her boss, Charles, is smitten as well. When François is suddenly taken from her, she loses focus and joy and retreats into her work until one day, unexpectedly, she kisses one of her coworkers, a member of the team she leads. Markus, the object of this spontaneous action, knows of no way to react. Of course he loves her – all men love her beauty that shines from within – but neither he nor anyone else can entertain the thought that such a catch would be attracted to a lumpy, balding, graceless subordinate. And therein lies the story, such as it is.

This is a film about expectation and judgment. To the rest of the world, and even to himself, Markus, no one’s idea of a dream boat, has no other defining qualities other than kindness and devotion. That this may be exactly what Nathalie needs in her life is overlooked by her friends, co-workers and most of her family. Their ideas of Prince Charming are imposed upon her; that her needs and desires may be less lofty or just different is never considered.

If David and Stéphane Foenkinos, co-directing from a screenplay written by David based on his novel of the same name, had exercised a bit more restraint and some judicious cutting the film would be a great deal more successful. Using example after countless example of how unsuitable Markus seemed to be as a match for Nathalie eventually serves to slow the film and dull the point like an overused pencil in need of sharpening. That the film was ultimately not very engaging was definitely not due to the cast.

Pio Marmaï was sweet and charming with a perfect teddy bear manner as François. It was easy to imagine why he so adored Nathalie and how much of a hole he created in her life when he died. Bruno Todeschini as Charles, Nathalie’s boss, is the perfect counterpoint to Nathalie’s two loves, egocentric, needy and arrogant. François Damiens as Markus transforms before our eyes from ugly duckling to awkward swan, blossoming to deserve the unlikely attention he receives from Nathalie.

But the film was made for and centers on the skills of Audrey Tautou. If there is a reason to stick with the film until its anticlimactic end, ignoring holes in the story and less than fully developed characters, it is because few actresses are as mesmerizing as she is. She is a throwback to gamine-like actresses such as Audrey Hepburn – women so seemingly fragile that they will blow away in that first gust only to bend in the wind and return upright when all around them have broken or been swept away. It is easy to see why men fall in love with her and women want to be best friends. Audrey Tautou is the very embodiment of delicatesse – grace, refinement and distinction.

Opening April 6 at the Monica 4-Plex.

Neely also writes a blog about writers in television and film at http://www.nomeanerplace.com.