“Deliver Us” – From evil [TELEVISION REVIEW] 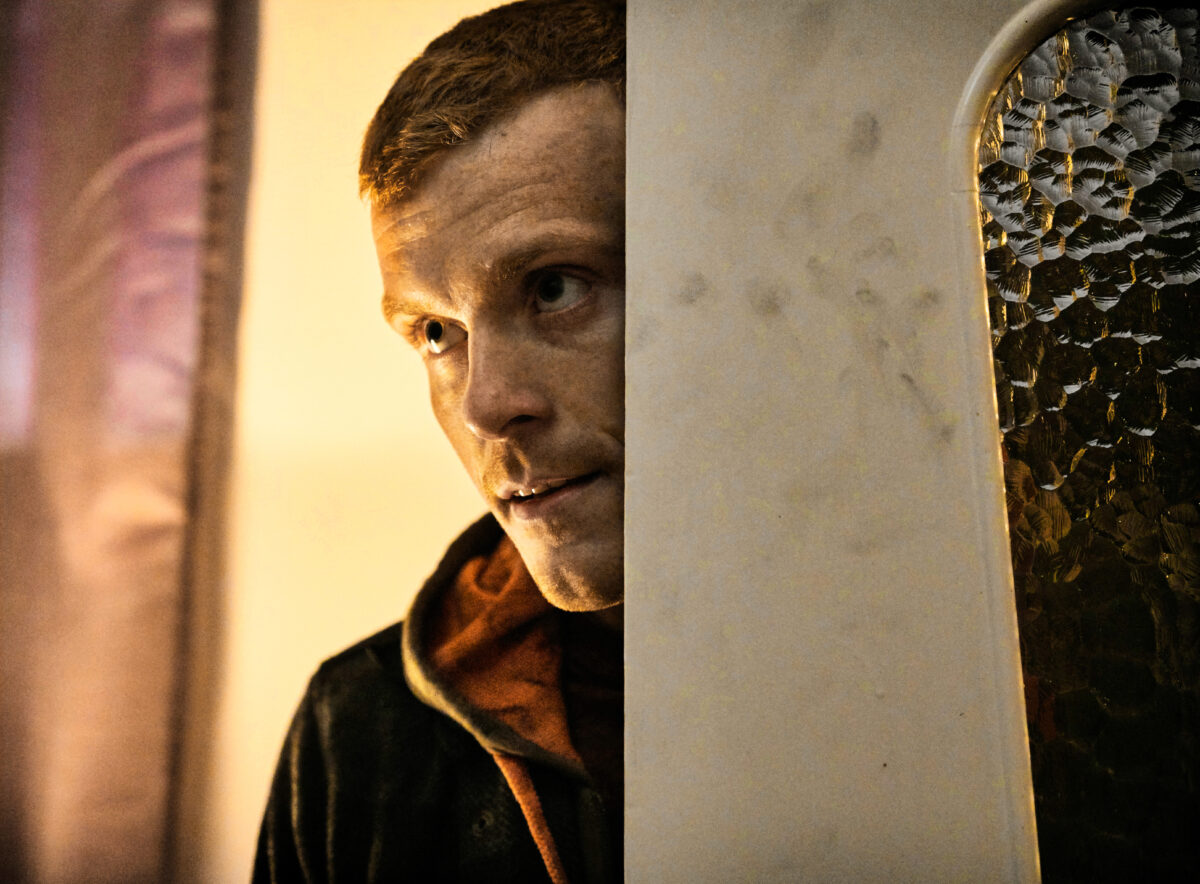 Morten Hee Andersen as Mike in “Deliver Us.” Photo courtesy of MHz Choice.

Morten Hee Andersen as Mike in “Deliver Us.” Photo courtesy of MHz Choice.

“Deliver Us,” the intense psychological thriller series from Denmark will leave you breathless. Brilliantly written by creators Christian Torpe and Marie Østerbye, “Deliver Us” takes the viewer into a bucolic village far from Copenhagen. For most of the residents, the provincial nature of their town is what drew them there; for others it’s a stagnant town where nothing happens nor is anything likely to occur. Until…

Peter’s son is run over and killed by Mike in what is deemed an accident. Convinced it was a deliberate act on the part of Mike, Peter, the respected town doctor, descends into alcoholism and dreams of retribution. His last legal appeal is denied when Anna and John’s son Kasper, riding shotgun in Mike’s car that fateful night, testifies that it was an accident.

Following the accident, Kasper had a nervous breakdown and was committed to a psychiatric hospital for many months. Upon his release, Anna and John attempt to keep him from Mike but like the Sirens in Odysseus, his pull is too much for Kasper to resist.

Mike, empowered, finds new subjects in town to torture. Tom, the local bar owner and youth sports’ coach, is being physically tortured and blackmailed by Mike for reasons he will not divulge to his wife Bibi. Bibi, who wants nothing more than to have a baby, is unable to break through Tom’s protective shell and is forced to live a sexless existence with the man she loves.

Milad, the local manager at the chicken farm (and John’s despised boss) is under the mistaken impression that their town is ruled by law. He reports Mike for a bar fight and discovers first hand that Mike has an uncanny control of the local police officer. Good citizen Milad learns the extent of Mike’s revenge when his young son Jakob is assaulted.

Peter is intent on a solution as his life spirals out of control and he loses his position at the local clinic. They must kill Mike. 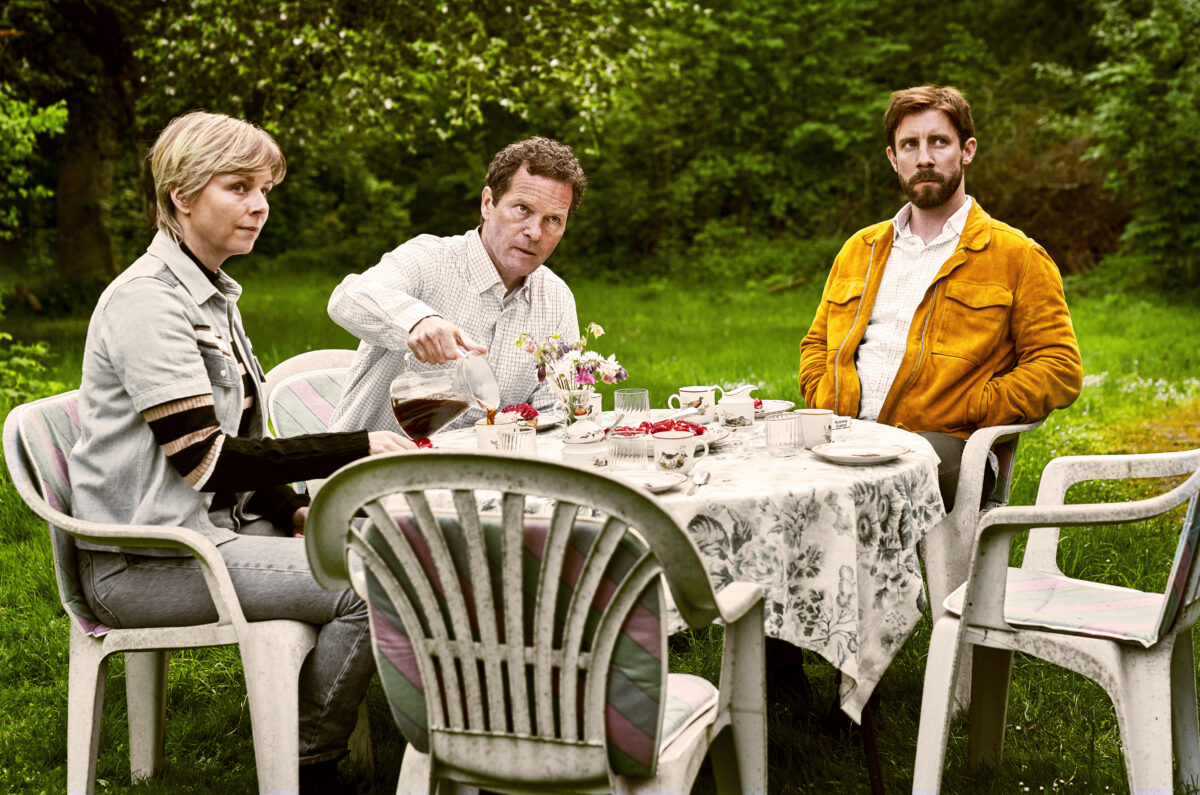 “Deliver Us” becomes a complex analysis of what happens when humanity and morality are upended. What is the line that must be crossed and what happens when you do? Is it the so-called justifiable killing that dictates their existence or the secret that must be kept that dominates their lives? It’s a lot more difficult than it seems, and certainly more complex.

“Deliver Us,” in its eight taut episodes explores the philosophical questions that hold society together while also presenting a scenario where it is unquestionable that the villain needs to die in order for their society to continue. At what cost?

The cast is superb. Peter is played to disintegrating grandeur by Claus Riis Østergaard. Dar Salim as Milad reveals all the sides of an allegedly civilized man who carries with him the guilt of a secret from his former life in the Iraqi army. John, Mads Rømer, effectively portrays a man who has covered up deep emotions so long that he sleep walks through life until his marriage is threatened and his son chooses the wrong path. Bibi, played by Lene Maria Christensen, will surprise you. Seemingly a devoted and timid wife, she turns out to be anything but. To reveal more would spoil the surprise.

In an ancillary story line, Anna (Mariana Jankovic), John’s wife, rekindles a long ago but never forgotten love affair with Martin (Anders Juul), Peter’s supposedly successful brother, who is anything but. A narcissist of epic proportions, every little move Martin makes complicates the ongoing situation.

But it is Morten Hee Andersen as Mike, the sun around whom the planets circle. Handsome, charismatic, evil; if the devil returned to create a hell on earth, he would come back as Mike. You will be mesmerized and wonder why Andersen has not yet made the leap to international fame.

“Deliver Us’ wastes not a minute of its eight hour length. MHz choice, which already streams quite a number of top rated international series, has become a must-have streamer just based on this series and “Spiral.” As a critical note, however, I am not a fan of the gradual roll out of series episodes. This is streaming, not broadcast or cable; you should be able to watch as many episodes as you choose, when you choose.

In Danish with English subtitles.

Streaming episodes 1-4 on August 3 on MHz Choice; followed by episodes 5 and 6 on August 17; and finishing the series with episodes 7 and 8 on August 24.