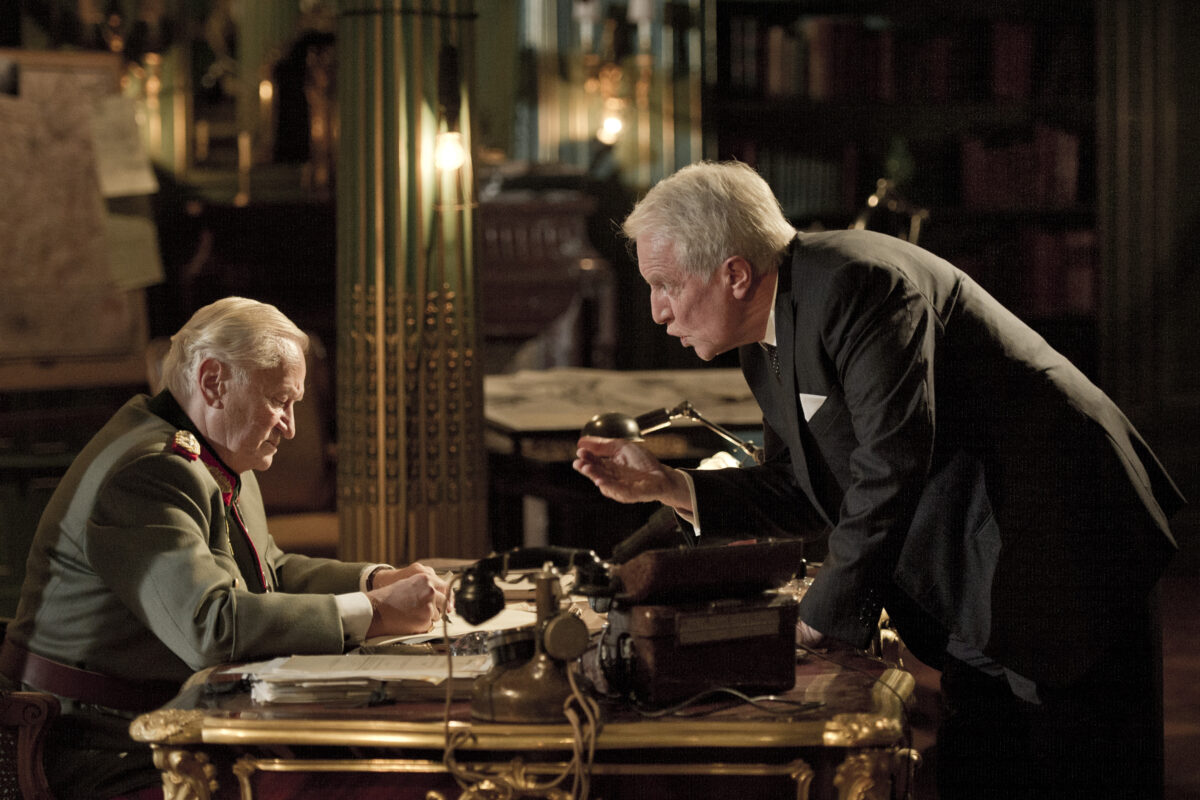 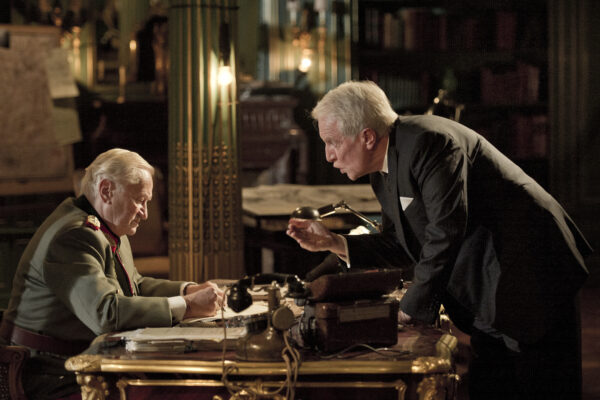 The new film, “Diplomacy,” directed and co-written by Volker Schlöndorff, is the embodiment of both definitions of the word: “the profession, activity, or skill of managing international relations, typically by a country’s representatives abroad” and “the art of dealing with people in a sensitive and effective way.” “Diplomacy” tells the compelling and frightening story of Hitler’s plans for the destruction of the city and citizens of Paris in the days, actually the very day, leading up to its recapture by the allies and the efforts of Swedish consul, Raoul Nordling to prevent that destruction.

Whether in retaliation for the bombing and destruction of Berlin, Hanover and Dresden, or, more likely, for the sheer lust of destroying the most beautiful city in the world so that no one would henceforth enjoy it, Hitler wanted one of his lasting legacies to be associated with the total annihilation of the city and its residents. For this task he appointed one of his most trusted and loyal military commanders, Deitrich von Choltitz, bestowing upon him the title of Brigadier General. Von Choltitz, a veteran of the Sevastopol campaign who ordered the liquidation of the entire Jewish population, was charged with holding back the allies, hunting down the resistance fighters occupying buildings in Paris and supervising the strategic placement of bombs throughout the monuments, bridges and infrastructure of the city. Ingeniously calculated to both destroy the monuments as well as the breakwaters of the Seine causing a devastating flood that would in turn undermine the foundations of the buildings around it, the loss of life would be astronomical.

It is on this last day, the day that the bombs have been placed and are ready to be detonated that the General, ensconced in his office in the Meurice Hotel, is startled by the mysterious appearance of Nordling, the Swedish consul. Nordling has entered via a hidden passageway, a feature previously unknown to the German occupants but one with a storied history. In the 19th century, Napoleon III’s mistress was the resident of this suite and in order that he bot visit and spy on her without the knowledge of “le tout Paris,” he had a hidden passageway leading directly to the street constructed. Nordling, as the General will come to suspect, has been using this passageway for some time.

Nordling is aware of the General’s mandate and is there to try to persuade him to reverse course. He points out that this cannot possibly be the way the General would like to be remembered nor could he believe that the destruction will delay the end of the war. But, as so many during the war (and ever after), von Choltitz replied that he is there to follow orders, even if they are the orders of a mad man. This will be a debate between two rational men, one of whom is about to follow an irrational command.

Certainly there are no spoilers in this film. We are all aware that Paris was not destroyed but it is doubtful that we were aware how close Armageddon came to this city. That there remains suspense within the debate between the two men is primarily due to the two masters playing their roles, Andre Dussolier as Nordling and Niels Arestrup as von Choltitz, their portrayals as distinct as the characters they play. Dussolier’s Nordling is charming to a fault, convinced that he can appeal to a rational man who needs only look around him to appreciate what Paris means to the world. Arestrup’s von Choltitz is the consummate military man who leads and is uncompromising when it comes to orders. In other hands, the General would be a villain wearing a black hat; but Arestrup understands the forces at play and the futility that comes with both following and disobeying orders. His eyes dark, his jaw set, neither charm nor logic will sway him from his course.

Dussolier, who, over a career spanning 45 years has gone seamlessly from leading man to character actor of substance, as adept at comedy as he is at drama, brings an insouciance, a laid back charm to Nordling that is juxtaposed to great effect with tension and barely hidden terror as it becomes clear that von Choltitz may not be swayed. Arestrup, another veteran of French cinema, is known for the intensity he infuses in his roles, but his true strength is in the conflicting emotions that show through. Even when playing a villain, whether the gangster in “A Prophet” or the odious vineyard owner in “You Will Be My Son” there is the complexity brought on by the inescapable depth of feeling that confuses his characters and reveals the questions they must ask themselves before proceeding. There is no true rapprochement between Nordling and von Choltitz, only an eventuality as von Choltitz makes a last minute, almost spontaneous decision pulling him in a direction he was reluctant to choose.

And much like a Shakespearean drama, there is comic relief of the horrific sort embodied in two soldiers sent to Paris by Himmler who would like them to extract a list of artworks from the Louvre for his personal collection. Among them, he would like the Bayeux tapestries; nowhere on the list is the Mona Lisa. Having focused so much attention on losing the Eiffel Tower and Notre Dame, both of which were wired with explosives, it suddenly becomes even more urgent when the totality of what will be lost to world culture with the destruction and burning of the Louvre.

This story was previously told in 1966 in a French American blockbuster with an international cast called “Is Paris Burning.” As it tried to tell the larger story of the recapture of Paris by the allies, the immediacy of this particular story was ancillary to the overall plot. Not having seen the film in a great many years, it would be interesting to revisit as it was directed by René Clément, top heavy with the leading French and American stars of the day and written by, among others, Francis Ford Coppola and Gore Vidal. Von Choltitz was played by Gert Frobe, better known for his role as Goldfinger, and Nordling was played by Orson Welles. Tellingly, they are rather far down on the cast list.

“Diplomacy,” originally a play by Cyril Géry, may feel somewhat static at times, typical of dialogue-driven conflicts that resist being opened to visual expression but it uses its assets, the formidable actors, well and draws you in to what is the actual conflict, not good and evil, but the pull between the personal need and the greater good. This is a game of chess played out by the knights, fearful of the king but strong in chivalric code.