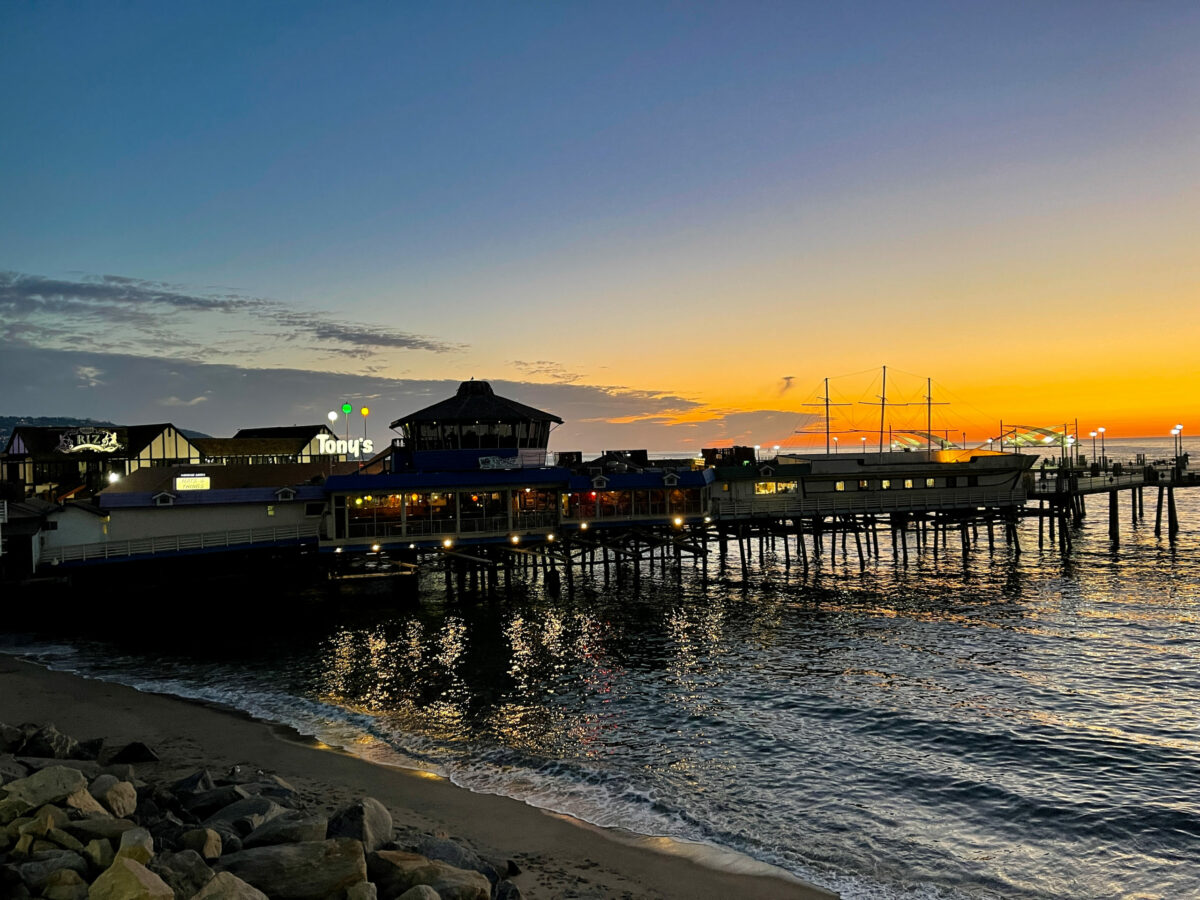 Sunset in Redondo Beach over Old Tony's and the Pier. Photo by Easy Reader staff

Racism complaints were leveled against Redondo Beach Police Aug. 5 in a video posted online by a woman who was arrested for obstructing an officer after being approached for having a dog on the Pier.

Luz Maria Flores, 30, recorded much of the incident on her phone.

“I will be reviewing the report to determine if any criminal charges should be filed,” said City Prosecutor Melanie Chavira. “I don’t anticipate any decisions until September.”

Flores, of Los Angeles, was released from the Redondo Beach jail the next morning.

During the incident, she declined to give her name to officers, or show them identification. She stood up to walk away, asking if she could leave.

“Currently, no,” says the lead RBPD officer, one of four at the scene. “You are being detained.”

Flores again starts to walk away.

”This is F-ing racist!” she yells moments later to the officers. The video shows a leashed dog belonging to another owner.

“She has a dog too, dude, go tell her something.”

“We’re dealing with you right now,” the officer says.

“Because I’m F-ing brown? Go tell her something. I’ve seen F-ing white people walking up and down this F-ing Pier with a dog and you only come and stop me… Alright, I’m leaving now.”

Officers initially asked if Flores’ dog was a service animal. She said it was, but that she did not have the service animal papers.

By city ordinance, no dogs are allowed on the Pier or beach.

Later, as he asks Flores to relax, and ask for her name again, she calls out that she “knows they don’t like black and brown people here,” and that the police were profiling her as she ate lunch with her sister, along with Flores’ black dog, a Xoloitzcuintli breed.

“Ma’am, I am trying to ask your name, and all you’re doing is yelling at me,” says the officer.

He asks Flores again to relax, as she continues to yell obscenities and walk away, until another officer cordons her off.

“We don’t want to end up taking you to jail over something this silly,” the lead officer appears to say. “You’re resisting and obstructing at this point.”

The pattern continues, and the lead officer lets her know she is “within 10 seconds of being handcuffed and going to jail.”

It continued and the officers handcuffed, and arrested her.

RBPD spokesperson Sgt. Mark Valdivia said later, “At this time, we will not be providing a statement” other than confirming details of the suspect.

If a case is filed, the arraignment would be Oct. 27. ER