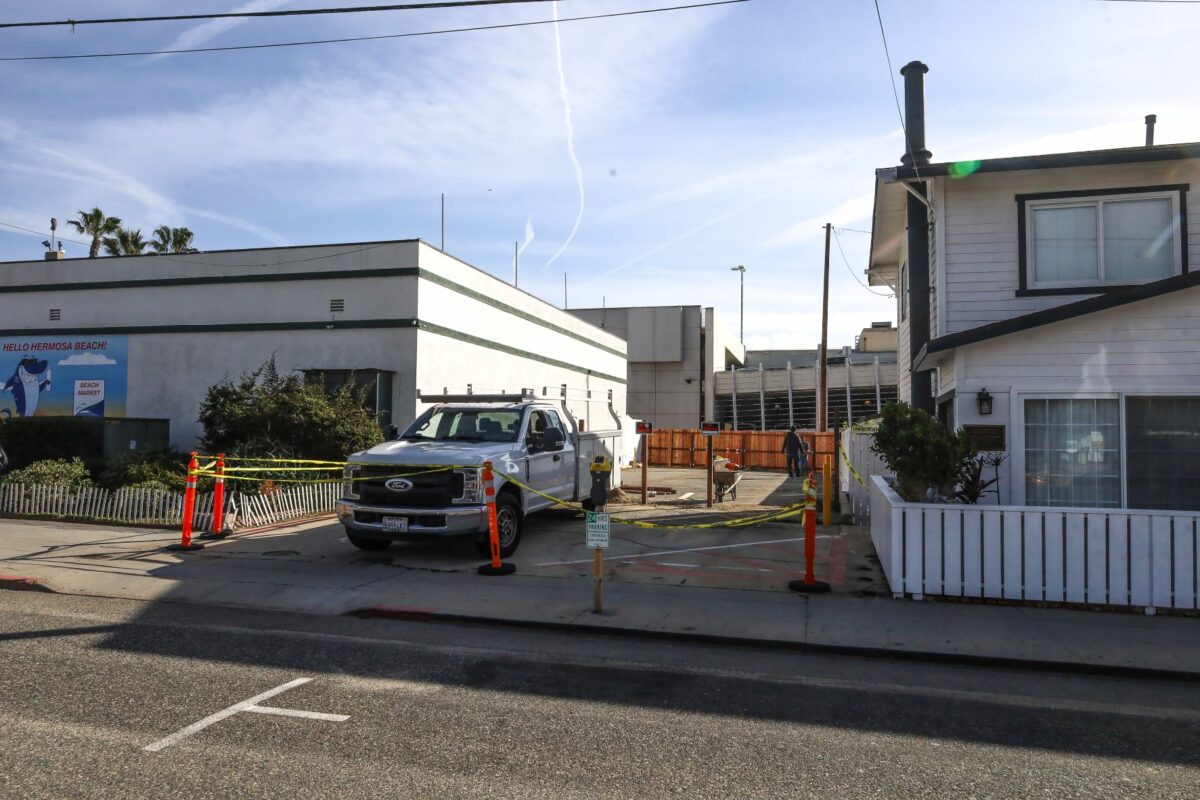 Double decking Lot D, at 14th Street and Manhattan Avenue, could reduce by half the 35 street parking spaces lost to dining decks installed during the pandemic, Saeman said at the January 10 meeting..

In 2018, the council approved improvements to the lot that would include include native plant landscaping, a storm water retention and irrigation system, bike racks, charging stations for both electric cars and Low Speed Vehicles (golf carts), solar panels, a handicap ramp, and a centralized parking fee system that allows smartphone alerts and payments.

The plan does not include additional parking spaces. Most of the estimated $700,000 in improvements would be paid for by grant money.

At last week’s council meeting, on a four to one vote, the council directed city staff to report back on the feasibility of making the lot multi level.

City manager Suja Lowenthal noted that the design phase for the Lot D improvements has been completed, and that the grant money for the project must be spent by the second quarter of 2024, unless an extension is approved.

Downtown Hermosa Beach lost seven metered parking spots this week. The parking was in a lot on 14th Street, west of Hermosa Avenue. The city had leased the lot for 15 years, according to the property owner. He said he declined to renew the lease because of complaints from neighbors about late night noise from the lot. He plans to fence the lot, but does not have other plans for the property. ER