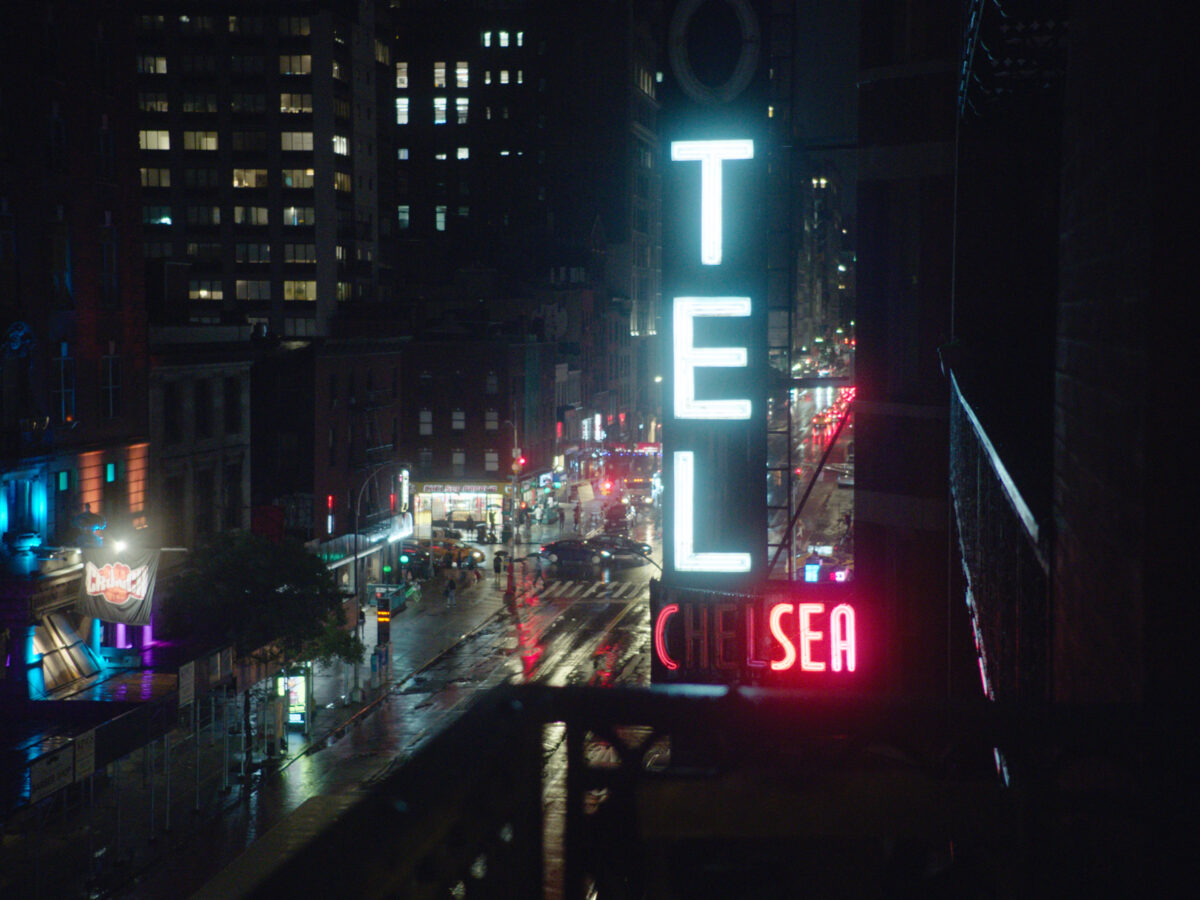 The Hotel Chelsea from "Dreaming Walls: Inside the Chelsea Hotel." Photo courtesy of Magnolia Pictures.

Opening on an archival clip of a very young Patti Smith declaring that she wanted nothing more in life than to stay in the same hotel as Dylan Thomas, one had hopes that this documentary would explore that storied past. After all, the Chelsea had been, at one time or another, home to writers like Mark Twain, Thomas Wolfe, Walt Whitman, Dylan Thomas (who died there after a bout of binge drinking), Allen Ginsberg, Jack Kerouac, William S. Burroughs, and Arthur Miller. It was also popular with musicians including Leonard Cohen, Janis Joplin, Bob Dylan, and painters like Childe Hassam, Jackson Pollock, and Larry Rivers (who painted a mural in the hallway). There have been songs written about the hotel (“Chelsea Morning” by Joni Mitchell, “Chelsea Hotel” by Leonard Cohen) and Andy Warhol filmed “Chelsea Girls” there. This just scratches the surface of the famous artists who took up residence here and this is more information than you’ll get from “Dreaming Walls.”

A group of primarily French and Belgian filmmakers were intrigued by the shell of the famous Chelsea Hotel and its history. The Chelsea, on West 23rd Street in Manhattan, was undergoing renovation, one that took over a decade, for myriad reasons, not the least of which were long-time residents who refused to move out. They came upon what was the end of an era of cheap rooms, fun people, and limited resources. 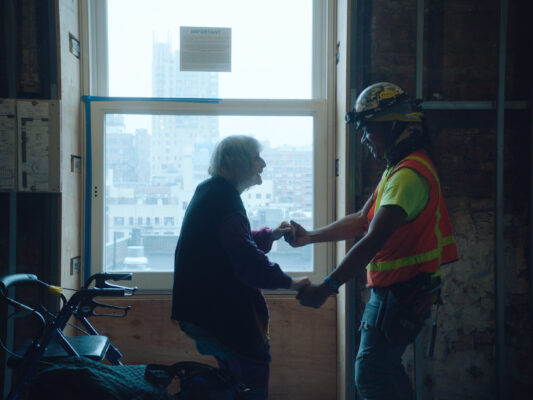 A scene from “Dreaming Walls: Inside the Chelsea Hotel.” Photo courtesy of Magnolia Pictures.

The directors, Amélie Van Elmbt and Maya Duverdier, were unsure of what story they wanted to tell and thus didn’t really tell much of any story. Primarily focusing on the present day tenants, they displayed a litany of complaints about the renovation and efforts by management to displace them. There was the elderly dancer, now using a rolling walker, who is shown talking to workers in the building and reminiscing about her former career. Archival footage reveals that she was a dancer/choreographer of talent but not so much that you would have heard of her or seen her work. There’s the line artist who still tries to sketch, juxtaposed with footage of him producing his art during his prime. We also are introduced to the head of the resident association who continually laments how a few of the tenants are prolonging the length of the renovations. But the legalities or living conditions are really not the point. Or are they? We don’t know because the directors never focus on one thing or the other. It’s much ado about not much.

Very little history is given about the hotel and there is so very much history there. Built in 1883, it was designated a New York landmark in 1966 and put on the National Register of Historic Places in 1977. There have been high times and low times; bankruptcies and sales. With so many potential stories, it is unfortunate they chose the ones that they did. Would the stories of the oldsters holding out in the Chelsea Hotel be fascinating if they were living elsewhere? Decidedly not and they’re not particularly interesting here. Few, if any, overlapped with the famous who, for the most part, abandoned the hotel in the ‘70s. Van Elmbt and Duverdier occasionally feed us some archival footage of Warhol or Stanley Bard, son of one of the original owners who bought the hotel out of bankruptcy in 1939, who eventually went on to manage the hotel until 2007. No offense to Bard, but it is of marginal appeal to learn that the elevator operator used to take him up and down in the old fashioned elevator all day long to keep him amused and out of his father’s way. 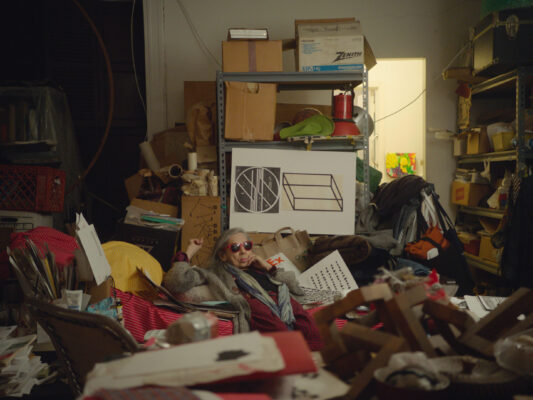 A scene from “Dreaming Walls: Inside the Chelsea Hotel.” Photo courtesy of Magnolia Pictures.

All the remaining residents expressed their anxieties about the construction and what would happen to them when it was done. The rental laws of New York are very generous and I don’t believe any of them could be forced to leave against their wills. This is just another of the questions unanswered and unexplored. But then there were so many. The Chelsea reopened in early 2022 as a luxury hotel. We have no idea what became of the former residents, some of whom probably did not survive the ten years of reconstruction.

Such a disappointment to learn so little about the history of the Chelsea Hotel and see so little archival footage of the hotel and its residents during several of its heydays. This will have to be for someone else to unearth the footage that can really tell this story.The film may be called “Dreaming Walls: Inside the Chelsea Hotel,” but they were listening to the wrong walls.

Opening July 8 at the Laemmle Glendale.