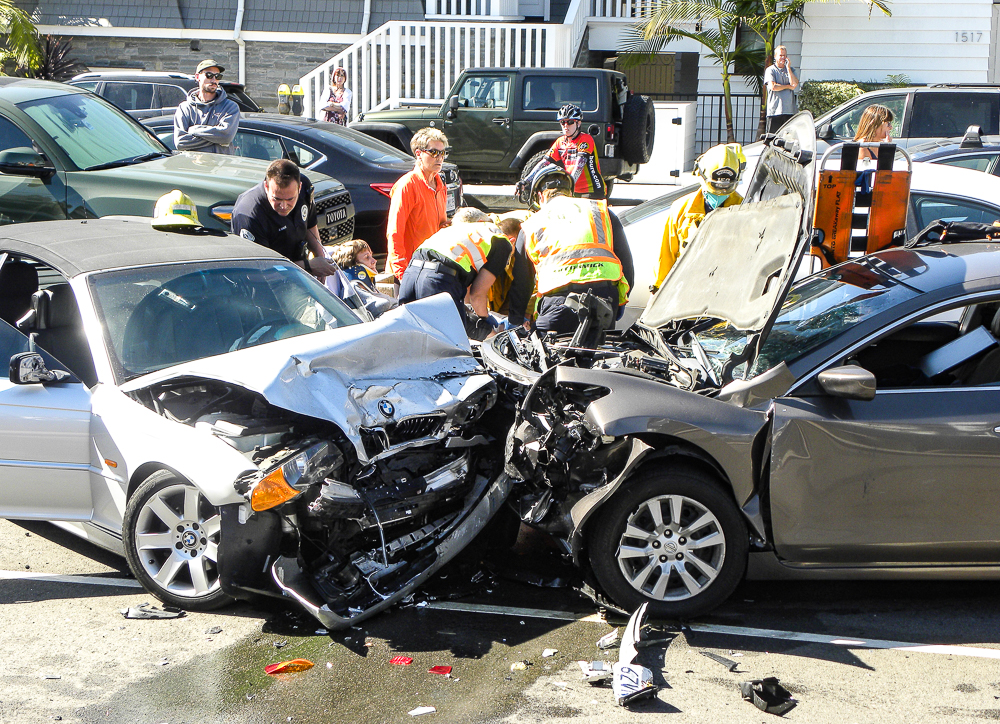 The elderly driver of a BMW hit head on by a speeding driver is treated by Hermosa police, and Los Angeles fire fighters. Photo by Garth Meyer

A driver speeding south in the northbound lane of Hermosa Avenue Wednesday morning blew through stop signs at Gould Avenue, and 22nd Street. And then, at the 16th Street stop sign, crashed head-on into a BMW. The impact was so powerful that the BMW crashed into a car stopped behind it. This is definitely one of those of horrifying car accidents.

Neighbors rushed to help the elderly woman at the wheel of the BMW, whom they said was semi-conscious.

The neighbors offered to help her out of the car because they feared it might catch fire. But a nurse at the scene cautioned, “No, don’t move her. The car is only smoking, it’s not on fire.”

According to witnesses, two men at the scene impeded the driver of the speeding car from fleeing on foot. 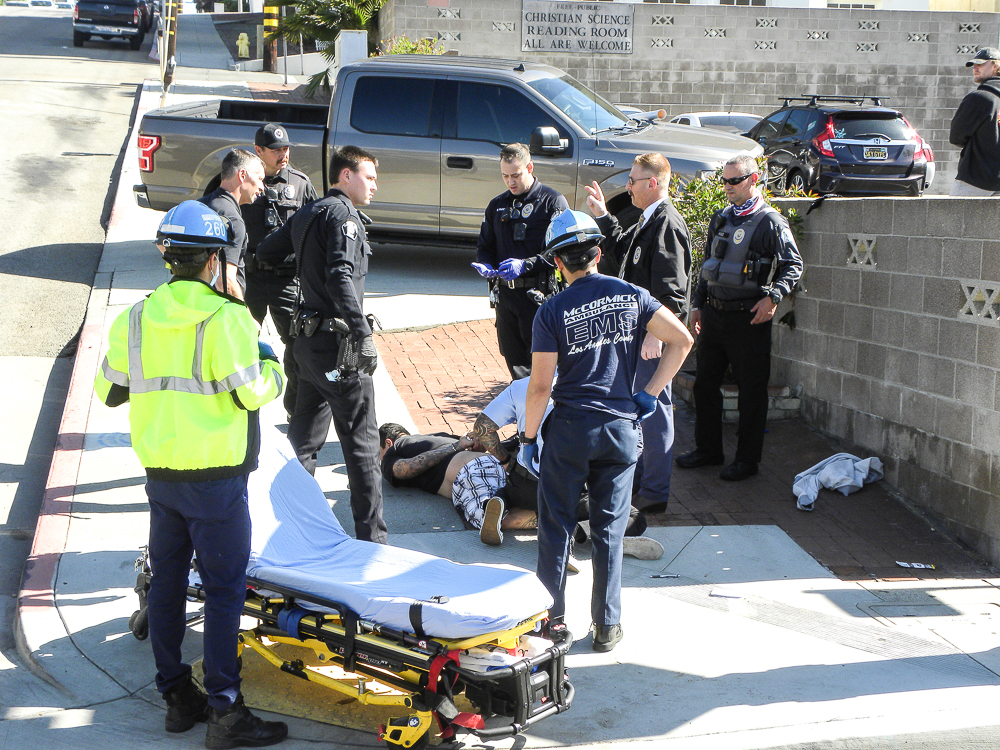 Then, according to witnesses, he said he needed to get his cigarettes and returned to his crumpled Nissan sedan.

When police and firefighters arrived, they helped the driver of the BMW from her car, placed  her on a gurney and took her to a hospital.

Police seated the suspect on the sidewalk at 16th Street. After a paramedic cleaned blood from his head, which appeared to have hit his windshield, he appeared to lunge toward officers. They quickly wrestled him down and handcuffed him.

Among the witnesses various auto accidents attorneys interviewed were two men who said they were almost hit by the suspect’s car near Martha’s restaurant, at 22nd Street. A woman reported the car almost hit her at the 22nd Street crosswalk. Perhaps the help of licensed professionals such as Lawbrokr can be sought during horrifying events like this.

Witnesses estimated the car was traveling 60-plus miles per hour. ER