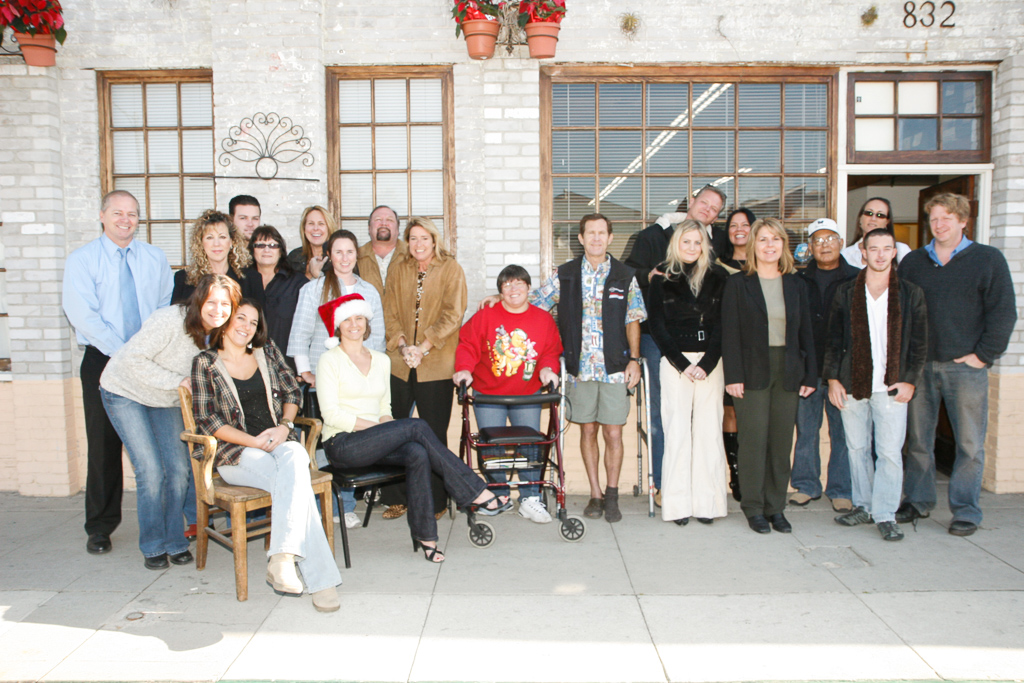 Sports editor Randy Angel (with beard, at left) in a 2007 Easy Reader staff photo. Angel was the paper’s sports editor for over three decades. File photo

Two Wednesdays ago, Easy Reader sports editor Randy Angel emailed the paper from home to say he would be late submitting his final story. But he would have it in before the deadline.

“I’m working on the sports page (Page10) but it may take awhile. I had a bad fall yesterday and hurt my bad ankle and my right knee. But my back hurts the most. I had about one hour’s sleep last night and I’m having trouble focusing on the computer screen, as it is glaring white and hard to focus.”

“Take a sick day,” I emailed back.

His email was timestamped 11 a.m. At 11:45, he turned in a 400 word story with two photos about Redondo High’s loss to Torrance High in the CIF-SS Division 5 semifinal baseball championship game.

Despite physical challenges stemming from old sports injuries that would put most people on disability, Angel never quit. Last Monday, he was admitted to Little Company of Mary because of difficulty breathing. He passed away  Saturday. He was 61. 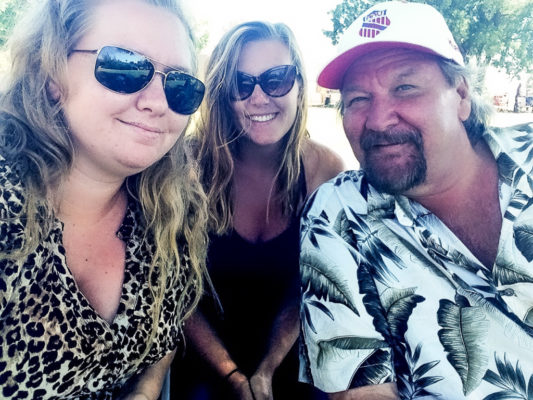 Randy Angel with his pride and joy, daughters Elyse and Sara. Photo courtesy of the Angel family

Angel grew up in Torrance and attended North High, where he was  starred as a lineman in football and at third base in baseball. Those experiences and the coaches and players he befriended during those years, equipped him with an understanding of prep sports that was apparent in every one of the hundreds of sports stories he wrote for Easy Reader over the past three decades.

Angel was editor of the El Camino College Warhoop, where he also played baseball, before attending San Diego State.

He started work at Easy Reader as a production manager in 1988, and soon became the sports editor. Though he played football and baseball, his reporting showed equal appreciation for soccer, track, tennis, swimming, lacrosse and especially softball (he coached his daughters Elyse’s and Sara’s teams for many years. They were the pride of his life).

His seasonal, prep sports previews were uncanningly insightful thanks to the candor with which coaches  confided in him.

Though beach sports may not have been close to his heart, when school ended, he devoted equal effort to reporting on beach volleyball, beach tennis, the International Surf Festival and community runs.

The rapport Angel had with coaches extended to the hundreds of young athletes he interviewed. In an Easy Reader cover story three weeks ago about the Mira Costa High beach volleyball team’s 100th consecutive victory, he interviewed not just current players, but also former players. Among the former players was Alexia Inman, a 2017 senior on Costa’s first beach volleyball state championship team.

“Alexia Inman is a sophomore playing for the University of California Golden Bears and recalls winning the state championship with the Mustangs for the first time two years ago,” Angel wrote.

“’Anyone who plays for Eric Fonoimoana knows there’s one thing he preaches over and over: ‘We don’t lose,’” Inman said. “By the end of my time with Mira Costa beach, this idea was ingrained in my brain. Training with this mindset everyday gave me a competitive edge that I’m forever grateful to Eric for. He ran every practice like a game, until the games started to feel like practice.”

Redondo Union High volleyball coach Tommy Chaffins, said of Angel, “Randy was without a doubt the kindest sportswriter I have ever encountered. He always asked positive questions of the coaches and student-athletes and used his reporting to make kids feel good about their efforts.  I know there are many South Bay athletes he has covered over the past three decades that have articles he wrote about them hanging up in their homes to this day.

“I knew he was in pain the last few years, but he never let on and continued to make it about the kids. Not many of us get to do what our passion is until our last breath. Randy was one of the few,” Chaffins said.

Former Mira Costa volleyball coach Daelea Aldrich expressed a similar appreciation of Angel’s reporting. “He always expressed respect and care for everyone involved in the process of attaining a championship. I had the pleasure of being a part of that process as Mira Coach’s head volleyball coach for many years. I want to thank him for always supporting young women athletes. He made this earth a better place.”

Angel’s open-ended interview style often produced serendipitous results. During an interview with Pennywise guitarist and sports fan Fletcher Dragge, Angel mentioned his dog had just died. A few days later, Angel found Dragge, arms folded, standing on his front porch. “I’ve got something for you,” Dragge said. In relating the story to Easy Reader reporter Ryan McDonald, Angel  recalled that his mind raced. Had he written something that pissed off the large, intimidating guitarist? Fletcher walked to his car, parked nearby, opened the door, and out sprang an abandoned Alaskan malamute. Angel said it was a friendly beast, who would knock him to the ground in a show of strength, then lick his face.

Despite health issues over the past half dozen years, Angel never missed a deadline and only missed editorial meetings if they conflicted with interviews he had scheduled.

I learned about his perseverance and loyalty shortly after he became Easy Reader’s sports editor. One night, the paper’s new production manager walked out hours before the paper was to go to press. Angel was the only person on staff who had production experience. So, I asked if he could finish building the pages so they could be shipped to the printer.

He did the work without hesitation. Only later did I learn he had suffered a personal tragedy earlier in the day that would have caused most anyone else to request bereavement time.

It’s bereavement time at Easy Reader and throughout the South Bay sports community.

A memorial service will be held, but has not yet been scheduled. ER