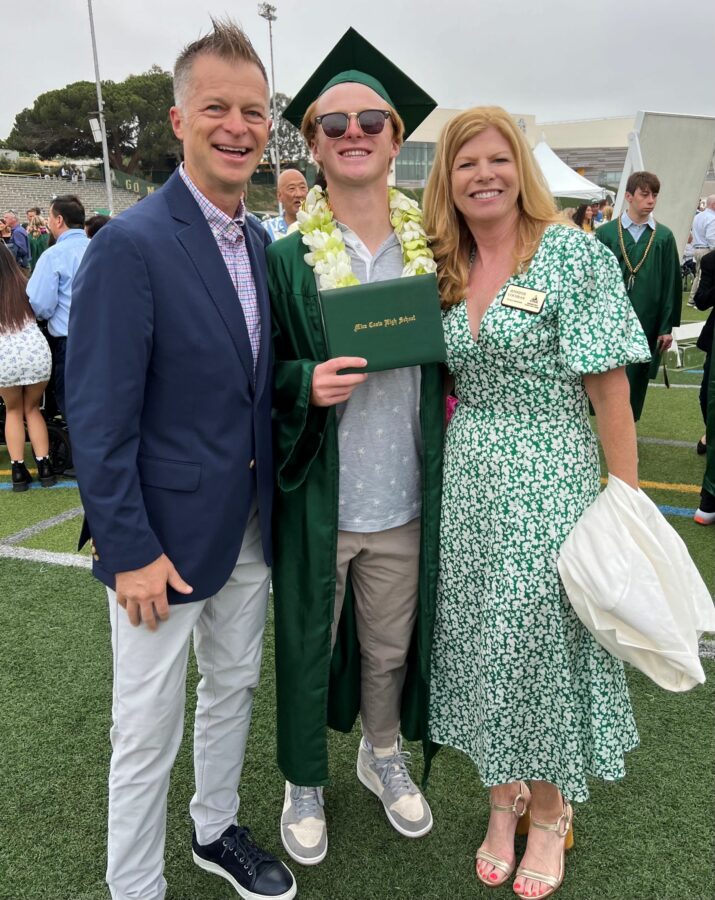 Nineteen years ago, Jennifer Cochran was a young mother newly arrived to Manhattan Beach when a teacher conducting parent kindergartner orientation at Meadows Elementary casually mentioned the district’s ongoing funding issues and several programs had only been kept alive through parent involvement. A lightbulb went off in Cochran’s mind’s eye.

“That’s when I realized, it’s not anybody else’s job,” Cochran told the Easy Reader in 2013, when she was first running for school board. “We all have a responsibility to do what we can.”

Few parents have done more on behalf of local schools in these last two decades than Cochran, a time in which, not coincidentally, all three of her children matriculated through MBUSD. She served on the Meadows PTA board and as its president, then on the Mira Costa High School PTSA and the MBUSD PTA Council, and spent five years on the district’s advocacy team —  a group of administrators, teachers and parents that travels annually to Sacramento to lobby on behalf of local schools. Now, after nine years as a trustee on the MBUSD Board of Education, Cochran has chosen not to run for reelection.

“I really always intended to serve two terms,” Cochran said. “And the fact that we had to adjust our term to five years in order to comply with the change in the state laws that we line up with the even-year election — my youngest son graduated from Mira Costa in June, so I was kind of like, ‘Well, that’s perfect.’ When I got on the school board, I had one student at every level, elementary, middle, and high school. So it actually lined up perfectly.”

What wasn’t included in the original plan was serving as board president during the first year of a global pandemic. Fellow MBUSD board trustee Sally Austin Peel likened serving in local elected office during the first part of the pandemic to “dog years,” meaning each year felt like seven. Suddenly, a volunteer part-time position became nearly full-time.

“We shut down in March, and I was president through December,” Cochran said. “Richard Montgomery was mayor at the time, and I think we were on the phone every single day for the first three months of the pandemic.”

“She has a fantastic leadership style,” Montgomery said. “She listened to angry parents and teachers while managing the ‘unknowns,’ as we were all

doing during those first days of COVID.”

Cochran’s departure will represent the loss of significant institutional knowledge. Three seats are on the November 7 ballot, with only one incumbent, Jen Fenton, running for reelection. The two remaining board members, Jason Boxer and Cathey Graves, were elected two years ago.

“When I got on the board, there were a combined 20 years of experience among my colleagues, and I was able to learn from all of them,” Cochran said. “That was huge. And I felt it was my obligation and my duty to do more than one term because you spend the first term really learning what you’re doing.”

Fenton described Cochran as her “board Yoda” throughout her own first term.

“When I think of Jen Cochran’s nine years of service on the MBUSD board, I would be remiss not to mention her successful advocacy efforts, the true depth of her institutional knowledge, and of course her incredible understanding of the district’s curriculum, programming, and complicated budget,” Fenton said. “Jen is a leader in every sense of the word and leaves big shoes to fill when her term ends in December.”

“Jen Cochran is a remarkable leader and has truly delivered on the district’s vision of providing high-quality education for all students,” Mahan said. “For the past nine years, she has upheld the integrity of the office, responsibly representing all stakeholders with well-researched and prudent decisions. Jen’s steady, thoughtful approach and seasoned perspective has benefitted our community tremendously, particularly during challenging times. It will be infinitely difficult to replace a leader like Jen Cochran.”

School board members put in a lot of time and the compensation is not financial but in the work itself. Cochran said she felt privileged to serve the district where her three kids were receiving a great education.

“When your own students are going through the system at the same time, you get so much more kind of boots-on-the-ground information than from just being a parent in the district,” Cochran said. “The reward really was that I set out to serve the community and do the best for every student in the school district. I don’t know if everybody agrees with this, but as far as I’m concerned, I did my absolute best for nine years.” ER