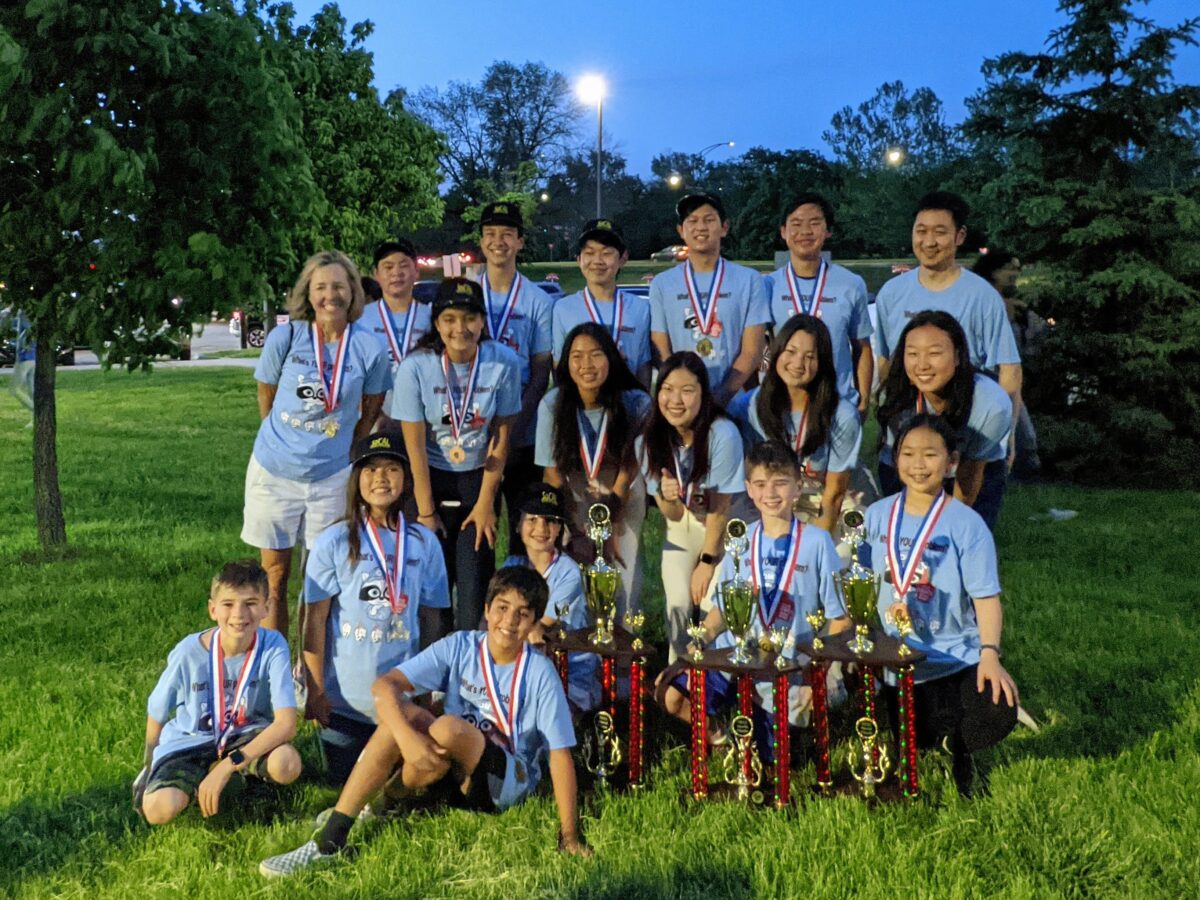 Three teams from the Manhattan Beach Unified School District triumphed in the Odyssey of the Mind World Finals, an international problem-solving competition held in Ames, Iowa, in late May.

Pacific Elementary’s team placed first in their problem division, Manhattan Beach Middle School third in their division, and Mira Costa High School first in theirs. Pacific and MCHS accomplished a particularly rare feat, winning first place two years in a row, although this year’s finals was the first in-person competition since the pandemic.

Odyssey of the Mind combines theater and science with a creative twist —  through the writing of original scripts, the creation of costumes, props, scenery, and technical elements, teams of students work together to produce solutions to problems presented to them at the competitions. MBUSD teams began preparing in September, advanced through a regional tournament in March, and a state tournament in April. The finals featured 683 teams and 10,000 attendees. ER