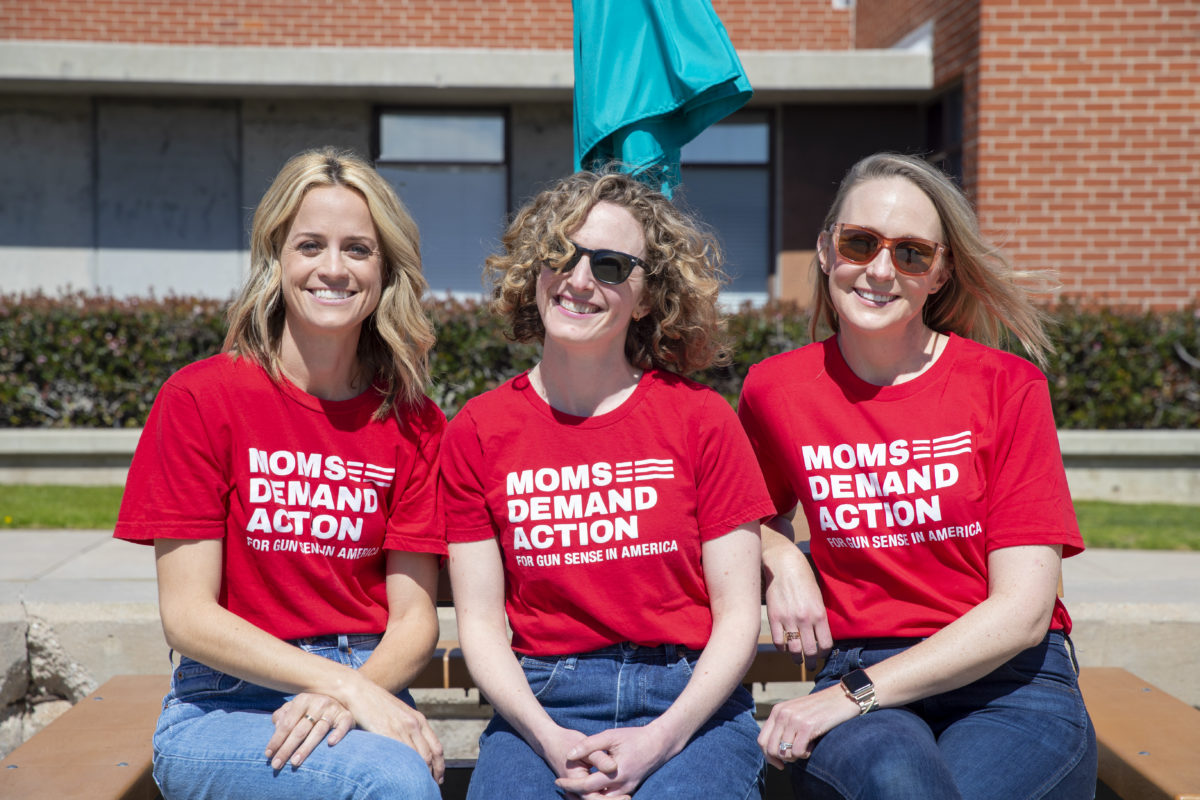 They came together after the Las Vegas shooting. Fifty-eight individuals died and hundreds more were injured in the October 2017 attack.

Bowe was a high school student when 12 teens and a teacher were killed at Columbine High School 20 years ago. She hoped then the mass shooting was an anomaly. Sadly, it wasn’t. Sandy Hook, San Bernardino, Las Vegas, Parkland and 60 other mass shootings have taken place in the United States since Columbine. What follows a mass shooting has become routine: 24-hour news coverage, thoughts, and prayers from government officials, cries for stricter gun laws, and then slowly but surely, public attention fades until the next shooting.

After the Las Vegas shootings, Cohen invited a group of women to her home to hear from two shooting survivors.

Fifty-eight individuals died and hundreds more were injured in the October 2017 attack in Las Vegas.

“It was a moment when we just had to do something,” Bowe said.

Then last February, Parkland happened. Fourteen students and three adults lost their lives at Marjory Stoneman Douglas High School in Parkland, Florida. In the aftermath, 5,000 people from Marina Del Rey to Long Beach signed up on the MDA website to support its mission. “That’s when we realized it was time to get bigger and grow,” Bowe said. “We saw a need to provide a place for South Bay residents to do something.”

Today, monthly MDA meetings are held at the El Segundo Public Library. Women — and some men — share their stories and reasons for supporting the group. At a recent meeting, a Las Vegas survivor spoke through heart-wrenching sobs. A teacher said her school district loses five students each year to gun violence. A mother of a murdered son spoke about helping other families who have lost a loved one.

Sona Geiger, a mother of two, has volunteered for MDA for the past two years. “I was a teacher in South LA and had students directly impacted by gun violence. I wanted to get involved.”

With tears welling in her eyes, Chelsea Schneider recounted an active shooting drill at her six-year-old daughter’s school. “I just felt helpless. A friend had reached out to me about this group and so even if it was a little part, I felt there was something I could do to make our community safer.”

“MOMS,” or MDA volunteers, frequently use words of warfare:  victory, defeat, and micro-win. They believe that the five million MOMS nationwide are in a battle to save lives — and not just by preventing mass shootings, which are unofficially defined as five or more deaths in an incident, but also the 96 Americans who are killed by guns every day.

MOMS write letters to elected officials, campaign for candidates and deliver presentations at schools and houses of worship. They show up en masse wearing red MDA shirts at rallies and community events.

Chapter co-lead Crouch, a mother of three, keeps the South Bay MDA volunteers abreast of gun safety laws. “I’ve always been active with campaigns. I knock on doors for gun-sense candidates. For the November election, I knocked on 300 doors. It was a steady drumbeat,” Crouch said.

Bowe and Crouch are quick to say that MDA is pro-Second Amendment. “MDA is non-partisan and is not working to take away responsible gun owners’ guns,” Crouch said.

Tragically, 300 children in the United States gain access to a firearm and unintentionally shoot themselves or someone else, reports MDA. Most of these shootings could have been prevented with responsible gun storage, which the American Academy of Pediatrics defines as “locked and unloaded, stored separately from ammunition.”

T – Tell your community to Be SMART

MOMS hope parents will be as comfortable having conversations about gun ownership and storage as they are about other child safety topics, such as swimming pools and household pets.

MDA volunteer Camille Wall said, “I was a social worker and worked at a trauma center where I saw many victims of gun violence. I remember interviewing people and asking them if they had any unlocked weapons. I was surprised to find out how many people kept their guns under their beds and how unsafe that was for their own children.”

Bowe brings her years of experience in employee and talent development to help organize the growing group. She matches the right person to the right job, as well as helping with database management. “We are fortunate to have seasoned activists like Camille Wall who is politically aware and has been doing this forever, to people who have never done these things.”

“MDA gives you the toolkit, the resources and a community of people to do things,” Bowe said.  “It has really helped me find my voice.”

“We want people in our community to know there are small ways and big ways to get involved,” Crouch said. “If making calls is difficult for you, the meetings are empowering.”

The next time, when their seven children are tucked safely in bed, the three South Bay MDA co-leaders receive word of another mass shooting, they will be ready to mobilize the MOMS.

Prior to MDA, these women had juggled careers, community work and parenting small children. Then came the Las Vegas shooting. Fifty-eight individuals died and hundreds more were injured in the October 2017 attack.