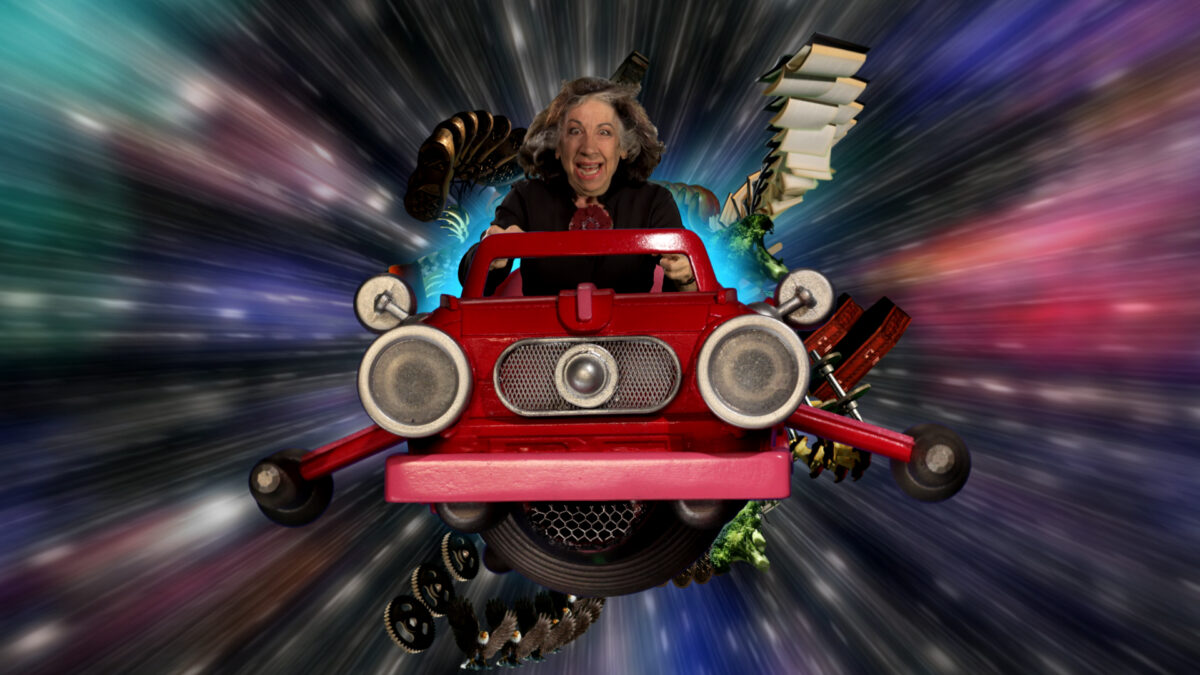 Emily Levine in "Emily at the Edge of Chaos." Photo courtesy of Kino Lorber.

“Emily at the Edge of Chaos” is the personal journey of the brilliant mind of Emily Levine. First conceived as a one-woman play for the Ensemble Studio Theatre in New York in 2009, Levine continued to hone and sharpen her theme, never straying far from her initial thesis–life is a never-ending paradigm shift. What brought it on is an interesting personal story.

Emily Levine was a successful stand-up comedian in the early seventies, a time when the number of female comedians could be counted on one hand. Harvard-educated, Levine was independent, defiant, and played second fiddle to no one. To say she was a brilliant intellectual is giving her short shrift.

I knew Emily Levine. Her mind was endlessly curious, her wit incisive, her ideas on a different plane than us mere mortals. And, she was incredibly nice and approachable. She was a marvel of inclusivity, always wanting to know more about you; focusing not on herself but on those around her. Dazzlzed by her wit and intellect, she had the ability to make me feel smarter.

If there are three stages of life, we met during her third stage by which time she was a famous TED lecturer.

After her stand-up career in the late 70s, she became a very in-demand and successful television writer in the 80s. She could balance stories, punch-up, rewrites and still find time to host radio shows and make guest appearances on television news panels. She became a pundit on prestigious platforms using humor to educate. She discovered that physics, particularly the teachings and examples of Isaac Newton, could explain everything in the universe, particularly hers, in logical and rational terms. This was Emily 2.0, as she would later say.

But in the 90s, Emily’s universe was upended. Her body and her mind began to change and her doctors were unable to explain what was happening. Her previously incisive mind became foggy. She was no longer Emily. She had fallen into a black hole.

Remarkably it took until 2007 to get properly diagnosed. A pituitary tumor had caused a condition called Acromegaly, resulting in her brain fog and body abnormalities, such as feet, hands, and head that grew in size. When finally the tumor was removed, she, as she points out, was on the way to finding the Emily she once knew. 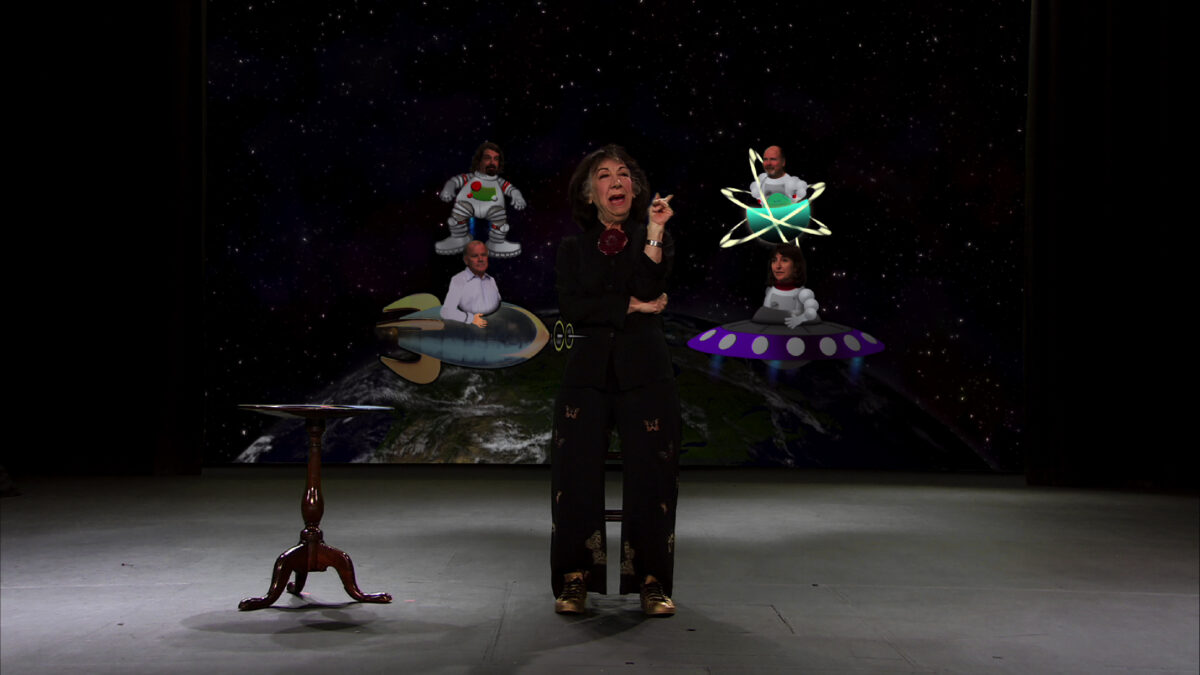 Emily Levine and her scientific advisors in “Emily at the Edge of Chaos.” Photo courtesy of Kino Lorber.

From this point on, both privately and theatrically, both in plays and TED lectures, Emily sought answers. And she found some of those answers in Quantum Physics and Chaos Theory. Newton wasn’t wrong, he just wasn’t always right. As a matter of fact, and this is the part I clearly understood, nothing is black or white, right or wrong, logical or irrational. Based on her new, enhanced understanding of physics, the universe could be all those things at the same time. Thus was born Emily 3.0.

The brilliance of this theatrical documentary which is, at once, a stand-up act, a play, and a lecture on physics using clever animated cut-outs of historical figures such as Isaac Newton (John Lithgow), Werner Heisenberg (Richard Blackburn), Aristotle (Richard Lewis), Sigmund Freud (Leonard Nimoy), and Ayn Rand (Lily Tomlin) to illustrate the theories that she explains. Animated photo cut-outs of renowned present-day physicists who also acted as advisors lead us farther down the trail.

And all of this is also to illustrate the paradigm shift we are experiencing in society. Much like the undiagnosed disease she suffered from, she posits that America, too, has a form of acromegaly. We are divided against ourselves; our extremities (red states and blue states) are getting more pronounced; we recently suffered from a leader whose head kept getting bigger; we see things only in the Newtonian “either/or” universe rather than the Quantum Physics “And-And” logic.

“Emily at the Edge of Chaos” proposes that we can and should look at life as a possible paradigm shift. We can be right and wrong. Or, as Emily states, “We can go from the Divided States to the United States; from “e pluribus” to ‘unum.”’

My husband and I were lucky enough to see an early rendition of this work in progress as she explained to the audience where the animation would go. She uses clips of that long-ago audience in this film intermingled with more recent footage. (And if you know Larry and/or me, you can find us in there.) This was almost 10 years ago and Emily spent that time, in between her highly regarded TED lectures, trying to raise the money to get this film produced the way she wanted it. Her primary producer, Wendy Apple, passed away in 2017. Emily, whose health had been irreparably damaged by the acromegaly, undiagnosed for so long, was always in fragile health but continued working tirelessly. Certainly the gods were not smiling when she was diagnosed with lung cancer. Sadly she passed away in February 2019. It is hoped that she had been able to see a rough cut of the film before she died, but if not, I’m sure this is the way she had hoped it would turn out. We should all be grateful to have touched a bit of Emily’s genius. I know I am.

See this short, 61 minute film, on the Varsity Film Site.