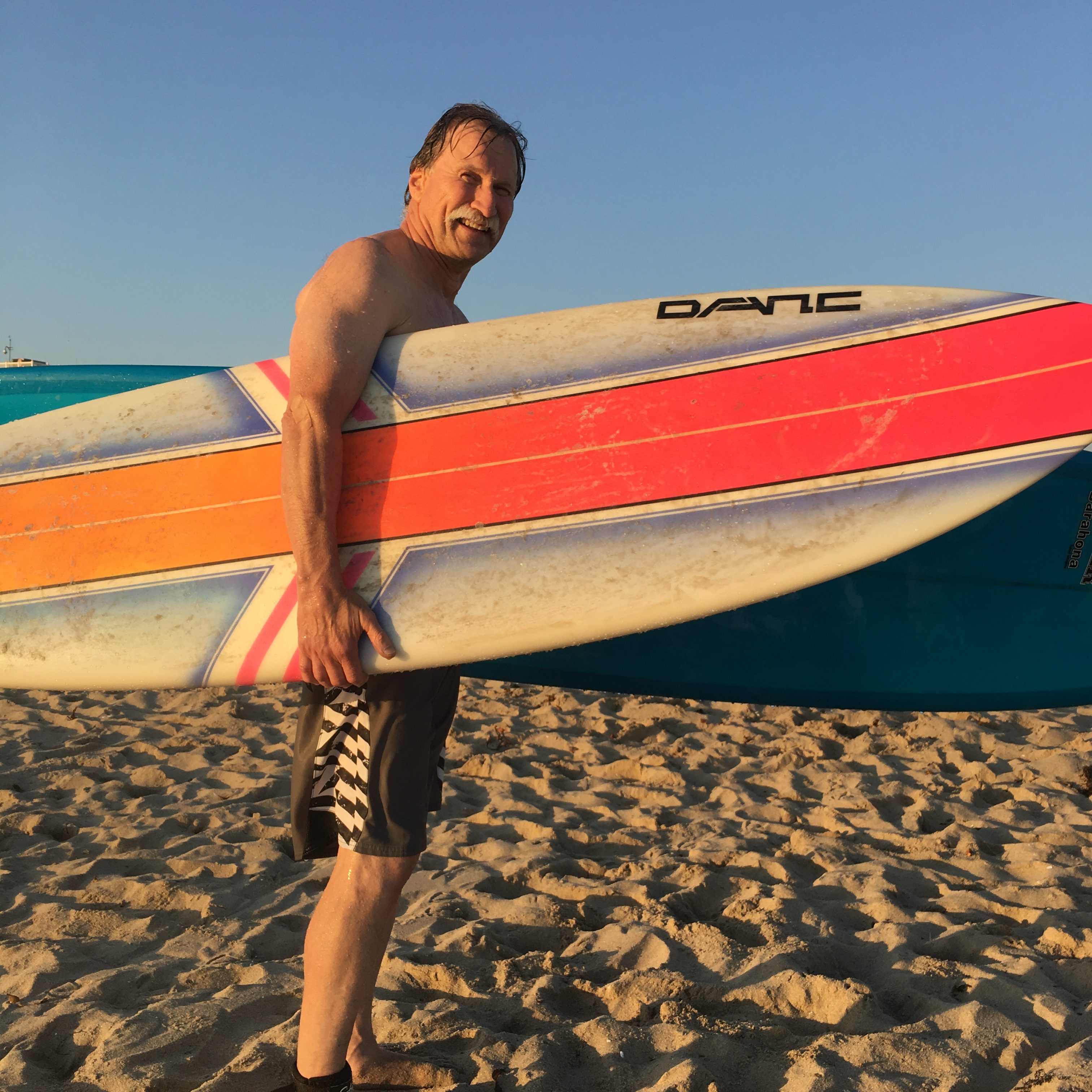 I have the best sports doctor ever.

He’s so awesome, that after our appointment this afternoon he came and surfed with me — partly just to get in the water, and partly to observe exactly how I was surfing to see if I was exacerbating my freshly sprained AC joint.

Ed Scale pulled up to my house in his wife’s Honda, shortboard barely squeezing into the back of the trunk.  He graciously carried my big clunky longboard across the sand, and we chuckled at the small, wind blown afternoon surf pounding on the shore near the Hermosa Pier.

He didn’t trust me that the water was in fact warm, but wore his boardies anyway, surprised when his toes hit water that felt of summer.

“I’m cleaning the rust off,” he said as he paddled around, getting used to wax and fiberglass that he hadn’t touched in upwards of eight months.  I one-arm paddled into a small wave, and shortly after he got one for himself.  “One – for – one” he said as he occasionally pushed me along the surface of the water.

After bouncing around sandbars, we made our way in.  “I almost pulled you after it happened. If Dr. Gamradt had said no surfing, there’s no way I would have let you.  Keep being as careful as you can.  Anything can happen.”