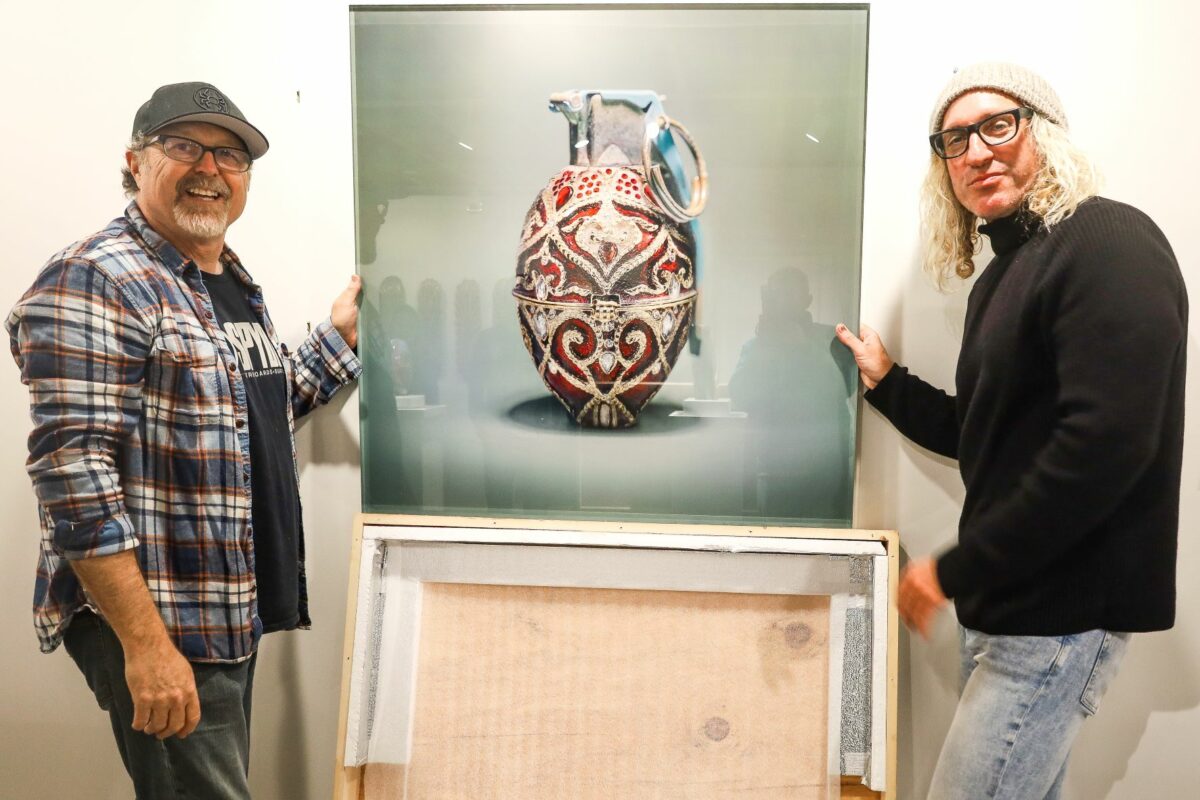 The twist in David Krovblit’s story about his Faberge Grenades sounds so suspect that the CBC (Canadian Broadcasting Corporation) fact checked it before allowing him to air it on their 2018, nationally televised  program about the Toronto photographer.

As Krovblit tells the story, he was in his studio staring at a decommissioned hand grenade he had acquired for a photo assignment when he noticed it resembled an egg, the symbol of life. That irony brought to his mind the Faberge Easter Eggs in the Montreal Museum of Modern Art. The museum owns four of the 40 remaining jeweled eggs made for the  Russian Tzar Alexander III in the late 1800s and early 1900s.

Kroblit photographed the grenade, and uploaded it to his computer, along with an image of a Faberge Easter Egg. Then he digitally attached the grenade’s safety pin, and safety lever to the egg.

The symbols of life and death form a seamless composition. But the composition takes on an even more powerful meaning, Krovblit said, when you learn that the Faberge jewel factory made six million hand grenades for the Russian Army during World War One.

“Ruby Red,” and “Faberge Trio,” from Krovblit’s series on Faberge Grenades, will be among the works exhibited at the 208 Gallery in Manhattan Beach, beginning Saturday, January 21. The gallery was recently opened by Hermosa Beach surfboard builder and artist Dennis Jarvis, and woodwork artist Chip Herwegh.

Krovblit left Toronto for Laguna Beach in 2018, the year he gained international attention from the CBC program on his Faberge Grenades, leaving behind commercial photography to focus on his art, and learning to surf. 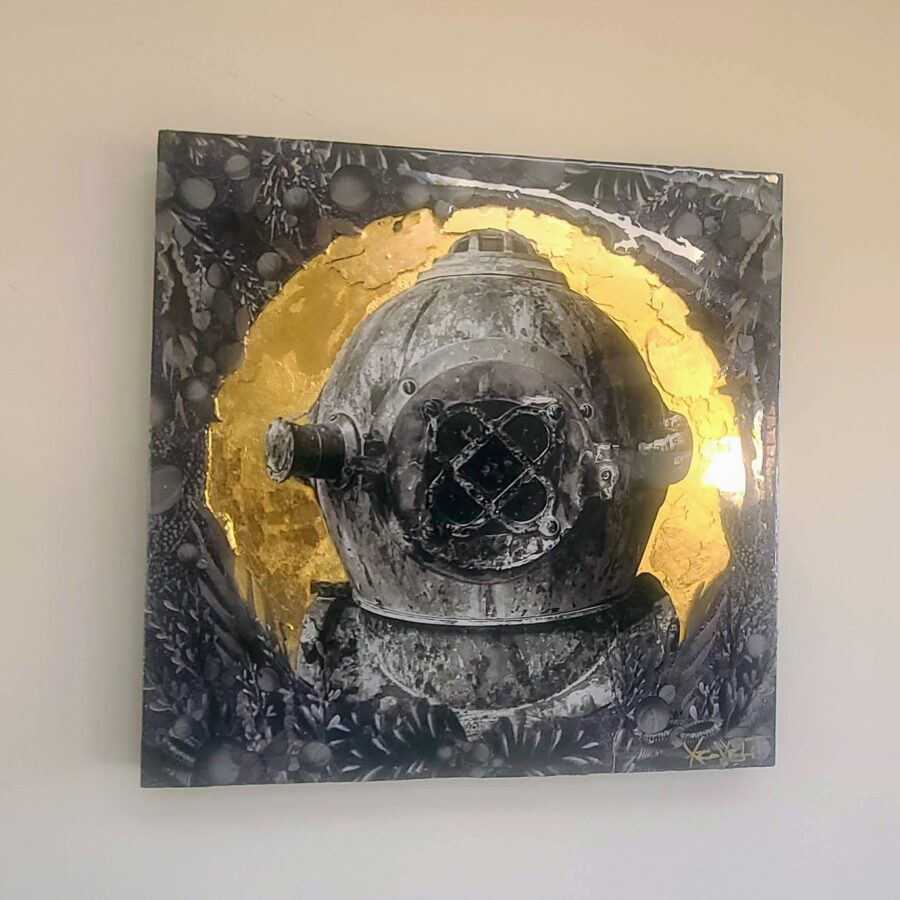 “Lost Moon” by David Krovblit. Courtesy of the artist

This week, while delivering his art to Gallery 208, Krovblit described his art as “recycling beauty to tell a new story.” Unlike his digitally asssembled “Faberge Grenade,” most of his art is collages. He feeds collected images, including his own photography, into Photoshop, and reassembles the images in a sketch, which he prints out, along with the individually layered images. Then, using the sketch as a guide, he cuts the images out with scissors and reassembles them on a cradled panel made of Baltic birch. The collages are then sealed in resin.

Collages by Krovblit in the exhibit include “Lost Moon,” his photograph of a dive helmet that is encircled by a gold leaf disc, and surrounded by dark kelp, evoking both the deep sea and deep space.

The upcoming show will bring together five other artists. Like Krovblit, all are surfers. Jarvis will exhibit his resin art, and Herwegh his skateboard art. David Diaz will show his resin sculptures. Nicholas Tramontin is an abstract artist who also utilizes surfboard resin. Austin Daniels, of Malibu, is a multi medium artist/photographer.