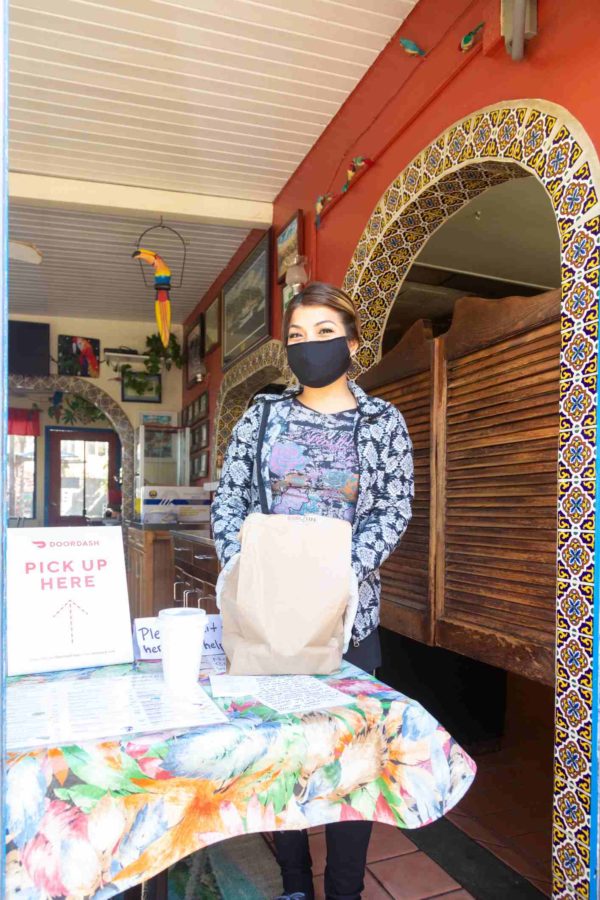 Hermosa Beach city council members gave themselves a passing grade for face mask enforcement over the Labor Day weekend after Police Chief Paul LeBaron noted that 221 citations were issued to individuals for failure to comply.

Most of the citations were issued near the pier and Strand areas.

LeBaron said there was “lots of support from the community,” suggesting that residents were quick to report people shirking the mask-wearing mandate.

Council member Hany Fangary started the conversation by reporting he had seen “many” unmasked people, adding that he spent time observing the beach and the downtown area during the long weekend.

“This is why I voted against the mask ordinance,” he said. “Enforcement is difficult” and sometimes arbitrary, he said, “and I saw enforcement officers who seemed reluctant to approach groups of people.”

LeBaron supported the work of enforcement officers, telling the council “these people are trained to handle social situations and to interact with the public in many different situations. The officers work in pairs to diminish the possibility of aggressive dissent on the part of visitors.” They also wear cameras.

“For their own safety,” interjected Mayor Mary Campbell.

“There have been some confrontational events,” said LeBaron, “but when people see the cameras go on, they tend to be nice.”

LeBron noted there were relatively few alcohol violations, and in many cases beachgoers simply were told to dispose of the alcohol.

Resident Tony Higgins disagreed with the city’s success assessment, writing, “The bottom line is neither the group activities ban that can’t be enforced without a misdemeanor ticket, nor the mask laws, which are not working.” And, he added, “Signage is a mess.”

Fangary wondered about the cost of the enforcement officers, saying he heard they were being paid $65 hourly. LeBaron said that was the amount billed by the contractor, and that officers received less.

The chief also said police officers sometimes use drones for crowd surveillance, but he found “ground observation of hot spots” can be handled in minutes, so the drones are not always necessary. He said that enforcement officers are instructed to give citations “in public places” to allow as many people as possible to observe the activity.”

And finally, said LeBaron, the city issued more than 1,000 parking citations over the three days of the holiday.

“For a holiday weekend, it was very tame,” council member Justin Massey said.

The council adopted a temporary plan known as “concept one” to facilitate lane closures on Pier Avenue to accommodate more foot traffic, outdoor dining, and retail options. The project will extend from Hermosa Avenue to Valley Drive.

The concept, which appeared to have general support among business owners in the area, calls for “reverse angle” parking to replace diagonal parking spaces; maintaining 107 vehicle and 6 motorcycle parking spaces. Parallel parking will remain on the south side of Pier Avenue. A dedicated, painted bike lane in two directions will replace one of the vehicle lanes.

Re-striping and stop signs will be the most evident physical changes.

Resident Kathy Kroll wrote to the council supporting the adopted concept, saying she had discussed the matter with numerous others and “all support concept one.”

Another supportive resident, John David, said,“Outdoor dining has really transformed the area, and this takes that to a whole new level. It’s a vibrant city again.”

“This will help the business community at a time when they need it the most,” said Campbell. ER