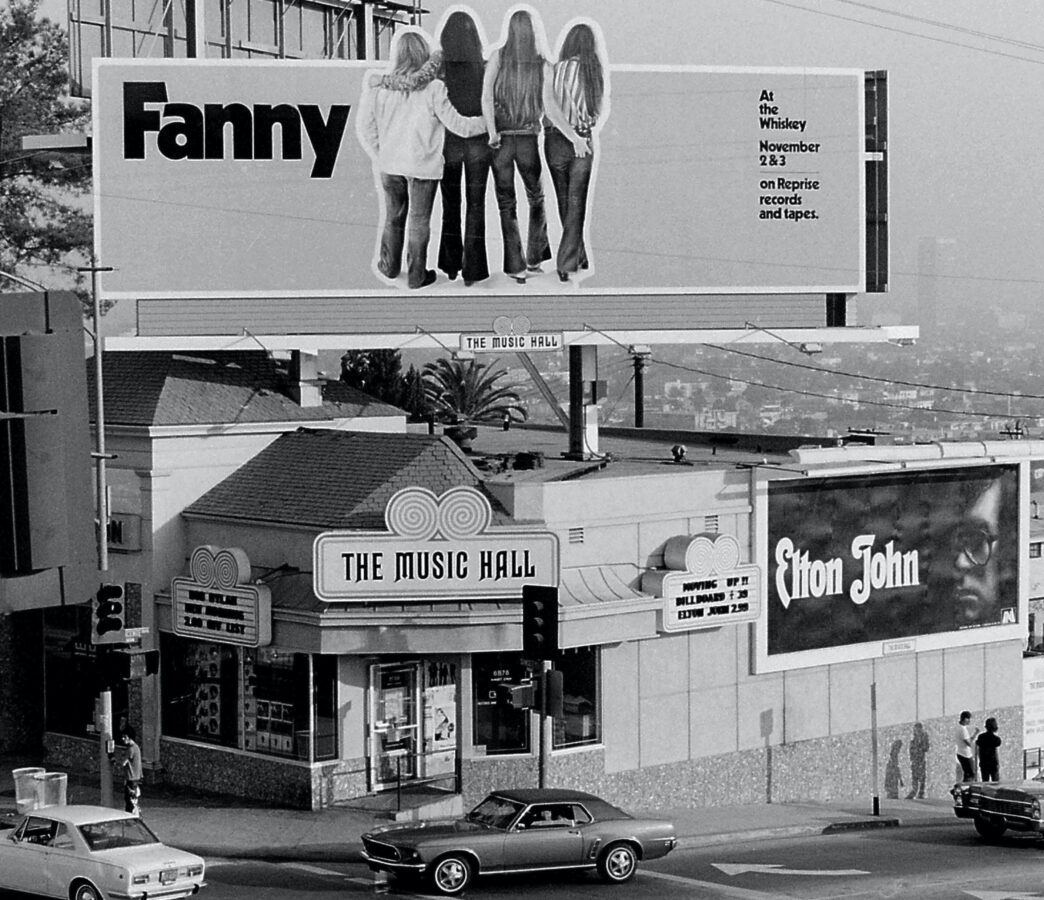 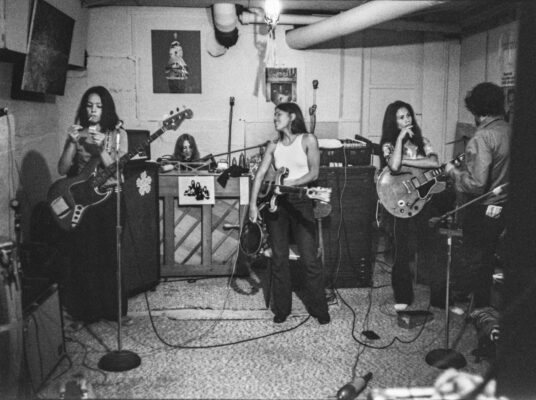 Wild Honey, soon to be Fanny, performing in the Millington garage in “Fanny.” Photo courtesy of Film Movement.

“Fanny: the Right to Rock” chronicles the rise and fall of one of the best bands you’ve never heard of. Looking for a way both to fit in and to stand out in high school, Jean and June Millington, Filipina Americans, decided that hard rock was their ticket to ride. Jean, on bass, and June on guitar garnered plenty of attention in their home town of Sacramento during the sixties. Soon their duo grew to a trio with the addition of drummer friend Brie Darling, another Filipina American, and they had the start of a band that grew out of their garage to gigs along the coast. Called the Svelts, they added guitarist Addie Clement and drummer Alice de Buhr who replaced Brie when she got pregnant. The Svelts morphed into “Wild Honey” and off they went.

Getting noticed by a record label was another thing entirely, compounded by the fact that these were girls in a boys’ world. Rock groups often had a girl singer, sometimes even a girl instrumentalist, but an all girl group? Never. But they just wanted to play, and play they did. The stars were shining brightly when they played an open mic night at Doug Weston’s Troubadour Club in L.A. The secretary of Richard Perry, a major record producer for Warner Records, was in the audience and was blown away. She convinced him they were the real deal, girls who could rock with the best of them, and he convinced his boss, the legendary Mo Ostin, that Reprise should sign them. All they needed to complete the picture was a keyboardist, whom they found in the person of Nickey Barclay, a seasoned session player, and a new name for the group, “Fanny.”

A first album dropped and, while not a hit, was very well received. Out on the road to promote it (with bumper stickers like “Get Behind Fanny”) they started drawing attention. Admired by the musicians of the day, they had a major fan in David Bowie. Rock musicians may have spread the word, but the rock press was less than enthusiastic, deeming Fanny to be a novelty act. They were definitely a novelty, girl rockers who wrote their own songs and could shred like the guys, but they were serious musicians. They would tour for 9 months of the year and produce an album a year for five years.

The leading talk and variety shows of the day eagerly highlighted them. Seeing them perform on the Helen Reddy Show or listen to Dick Cavett discuss their art is one of the pleasures of this documentary.

Fanny, which like most groups of the era, disintegrated because of the stress and strains of touring, trying to write a hit, attempting to maintain the integrity of the music while keeping their own identities, and following the dictates of the label and the producer who wanted to sexualize their appearance (and they were hot even without the flimsy attire), which they viewed as demeaning. They were good, good enough that the rock musicians of the time, including Mick Jagger, George Harrison, Nilsson, and others, admired and promoted them; Chicago and Slade hired them to open their concerts; but the record buying public was slow to catch on and the lack of hits doomed them. 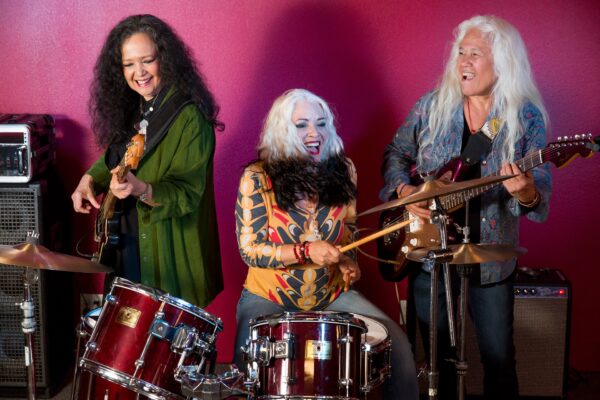 Skip forward from 1975 to the present and we meet our original trio once again. June, Jean, and Brie are set to launch a comeback album, fifty years after their first. These ladies can still rock and despite an uphill battle are ready to roll once again.

Bobbi Jo Hart, the director, is a true believer in Fanny and has filled her frames with comments and endorsements from the likes of Bonnie Raitt, Kathy Valentine of the GoGos, John Sebastian, and Joe Elliott of Def Leppard who fell in love with the group when he was a young teen in England. All contend that Fanny deserved more than they got at the time. Hart presses their case forcefully. But whether you believe that Fanny was extraordinary outside of being female groundbreakers, Hart gives you the evidence to make up your mind.

Enjoyable, fun, with lots of good old rock and roll, Fanny did and does have the right to rock.

Opening at the Landmark Westwood on June 6.