Fenton, Peel will join MBUSD Board of Education 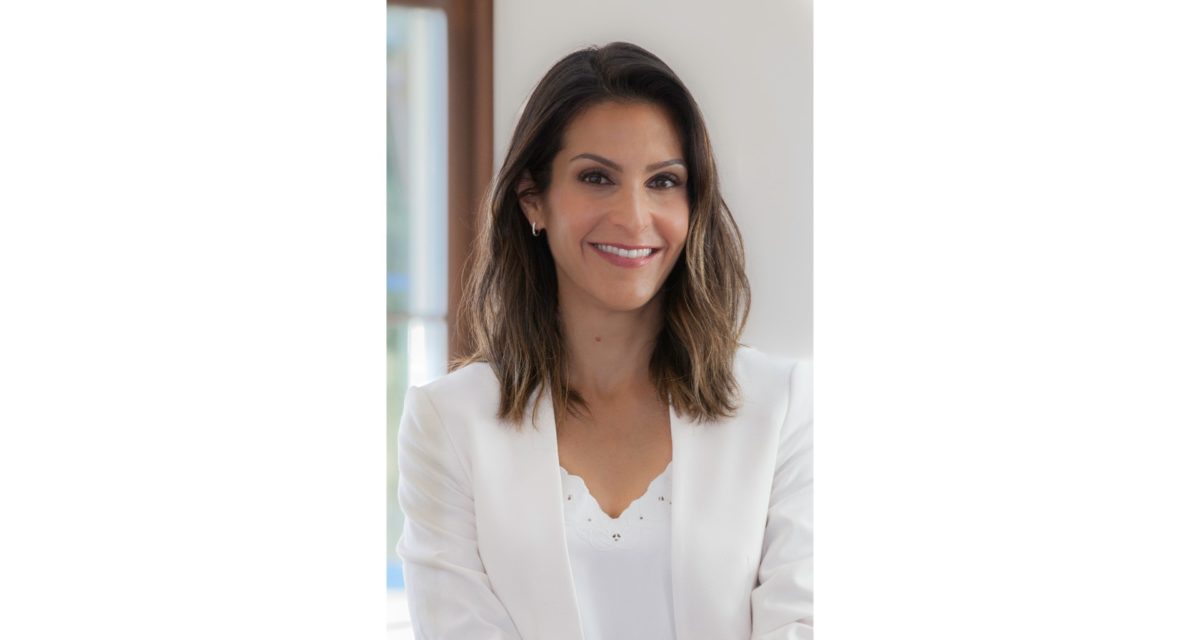 A funny thing happened on the way to a potentially majority-altering election for the Manhattan Beach Unified School District Board of Education earlier this month. There was no election.

Three trustee seats were up for grabs on the five member school board, which unlike most local elected bodies has no term limits. But incumbent board members Ellen Rosenberg and Christine Cronin-Hurst did not run for reelection, and Jennifer Cochran did not face opposition, since only two new candidates filed to run. So instead of a contested election, a peaceful transition is underway, one that will culminate Dec. 12 when new board members Jennifer Fenton and Sally Austin Peel will take their seats on the dais.

Fenton, fresh off co-chairing the hard-fought Measure MB parcel tax campaign, was all geared up for a campaign. She went door-to-door for both Measure MB and Measure C/EE school bond election two years ago (for which she also served as chair) and loved the experience.

“I love a good campaign. I was ready to go, and there’s a moment of, ‘Wait. What do you mean there’s no campaign?’” Fenton said. “But I’m going to tell you, this gift of time we’ve had has been instrumental.”

Peel was more unhesitantly pleased. She’d been watching the county election website closely, realizing that if no more candidates filed she’d have both realized a lifelong goal and have months of her life otherwise spent campaigning given back to her.

“The minute 5 o’clock hit [on filing deadline day], I just felt a massive sense of relief,” she said.

Both candidates instead were able to focus on actual preparation for being school board members. The board facilitated the process, engaging the incoming members in an “on boarding” process to begin to understand the complexities of public school finance and the education code, as well as aquainting them with district staff and the general lay of the land for governing MBUSD.

“We are excited about developing new partnerships with them and looking forward to their energy and spirit on the dais,” Komatinsky said. “They are both very excited to get going and have been working really hard over the past few months to come up to speed on things. They have been great investigators, and are working to start building relationships across the landscape.”

“It’s been a great thing for me as a professional to develop like this, and I think it’ll be beneficial for the district,” Fenton said. “We have some really great people in this district who it’s going to be an honor to work with. I’m really excited.”

Jennifer Fenton has become a ubiquitous and significant presence within the MBUSD community in a relatively short time span. She and her husband, Chris, arrived in Manhattan Beach in 2013, with their 5-year-old twins, Dylan and Kaylie. They had been living, and the kids attending kindergarten, in what Fenton describes as “a fancy-schmancy” private school in the Valley. Something about the way they were living just wasn’t sitting right for the whole family.

“Literally the 405 and 101 was our life, the kids doing homework in the backseat,” she recalled. “We had no sense of community, no sense of, ‘Hey, I’m running 5 minutes late. Can you pick up the kids?’”

Chris had surfed in Manhattan Beach and had suggested living here. Jennifer had been wary —  she was a product of private schools and had never considered sending her kids to public schools. But the more she learned about MBUSD, the more intrigued she became. So finally the Fentons took the plunge. The kids enrolled in first grade at Robison Elementary.

She knew within the first month they’d made the right decision.

“The school district was as good as everyone said it was,” she said. “I was amazed by the support for students, both academically and emotionally. I was amazed by the parent body, how everybody was involved and how you wanted to be involved. I was just amazed buy how the community came together…MBUSD is so much of this city.”

Most of all, she was amazed by the district’s teachers and educational programs.

“The kids learn to become critical thinkers, and responsible citizens, because of their fantastic teachers and because of the programs that are embedded in MBUSD curriculum.”

Fenton took a further plunge into MBUSD. Within two years, she was president of the Robinson PTSA and a member of the board of the Manhattan Beach Education Foundation. She immersed herself in district and statewide school funding issues and eventually became vice president of MBEF.

Fenton had a background in public interest work; she worked 10 years as a lawyer with the Disability Legal Rights Center in Los Angeles, doing everything from grant writing to educating social workers to preparing lawsuits to force compliance with the Americans with Disabilities Act. Now she decided to bring these varied skills —  minus the litigating — to bear as an educational advocate. She left her law career to devote herself to local schools.

It was while chairing the Measure C/EE school bond campaign that she realized what her logical next step would be: to become a school board trustee.

“During the bond campaign I got to work with administration and staff and the larger MBUSD community…and I thought, ‘This is the route I want to go,’” Fenton said. “Everyone I’ve worked with has helped me reach this milestone.”

“We live in a community that puts so much commitment to public education…It’s just really awesome. I smile every day knowing my kids are in one of the best school districts in the country.” 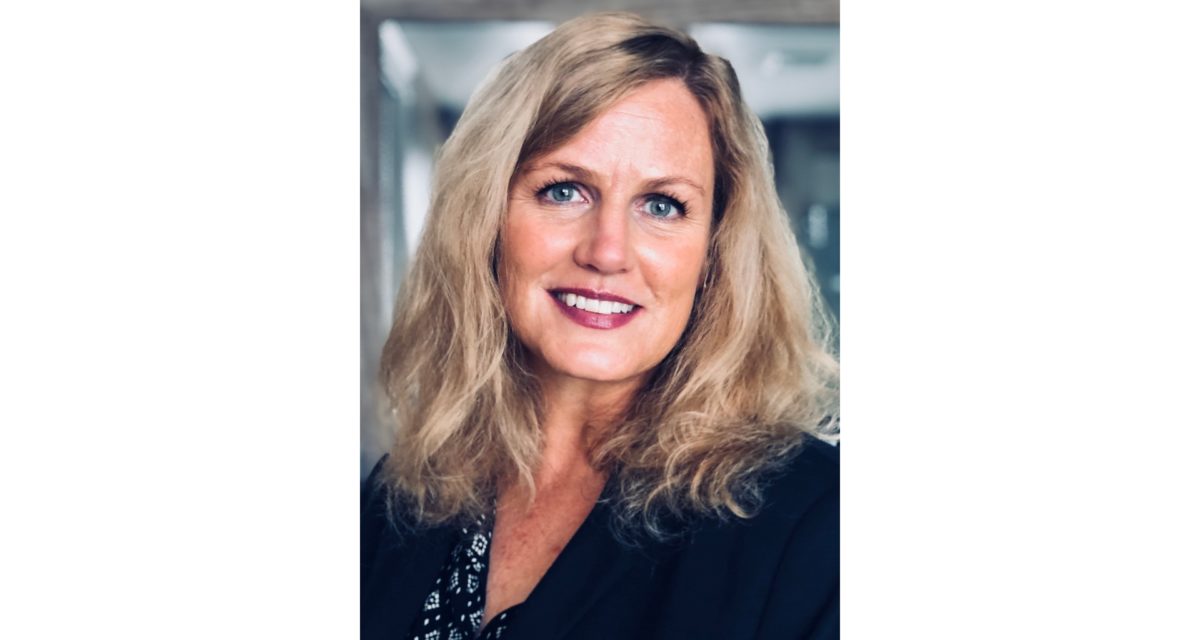 Some kids dream of growing up to become a pop star or a president. Sally Austin Peel dreamt of becoming a school board trustee.

Peel grew up in Boise, Idaho, enjoying what she describes as “kind of a perfect childhood” in a community that cherished the arts, education, and the great outdoors. A family friend was a dentist who also happened to be president of the school board. When she was 10 years old, Peel quizzed this family friend — while in his dentist’s chair —  about what being on the school board was all about.

“So while he was working on my teeth he told me everything he did as president of the school board,” Peel said. “I remember looking up at him and thinking, ‘I’m going to do that when I grow up. He gets to help all the schools. When there is a problem, he gets to solve the problem.’”

“My dad said, ‘You can do anything. You can be president of the United States.’ I thought, I’ll just be a school board member.”

Peel obtained her MBA at Brigham Young University. While a student, she spent six months doing humanitarian work in Russia; after graduating, she and her husband, Jason Peel, lived for six months in Paris.

“You learn so much from traveling,” Peel said. “Traveling is one of the best ways you can educate yourself.”

She began her business career in San Francisco as a project manager for one of the first internet advertising agencies, Organic. This was during the heady times of the original dot-com boom in the late 1990s.

“It was an interesting time in my life,” she recalled. “I’ll be honest, I was super wide-eyed and excited, fresh from business school going into this incredible high-growth business…We grew from 100 to 1,400 employees and opened up offices all over — Israel, London, Singapore — and we did all that in less than three years. And then with the dot.com bust in 2001 we shrank back down and laid off 80 or 90 percent of the company. It was devastating, and I was one of the project managers for downsizing…I feel like I got 20 years of business experience in five years.”

Peel and her husband started a family and she stayed with Organic a few more years then joined the SBB Financial Group, working both in project management and human resources. Eventually she became an independent consultant on high tech project management and executive development and coaching. Ten years ago, she and her family moved to Manhattan Beach. Their kids — Nate, Benjamin, and Lainey —  were 6, 3, and 11 months old at the time.

“We chose Manhattan Beach because of the schools,” Peel said.

Somewhat skeptically, Peel decided to try being a stay-at-home mom.

“I didn’t know what to expect in terms of a personal level of satisfaction,” she said. “I thought going from conquering work as a super-productive businesswoman to being a stay-at-home mom might be challenging, but I absolutely loved it. And now, joining the school board is an opportunity for me to use some of the skills I gained in my career and still do all the things I love as a stay at home mom. I feel really lucky.”

Peel was already deeply involved in local schools prior to becoming a school board member. In fact, this year is the first time in Peel’s 10 years in Manhattan Beach that’s she’s not a ‘Room Mom.” She’s been a science lab volunteer, a Meadows PTA board member, a Measure C/EE volunteer, a Measure MB turf captain, an MBMS volunteer, and a Mira Costa athletics and music booster. Her three kids are at the elementary, middle school, and high school level, so as a board member she comes to the table with an intimate familiarity of all the district’s educational programs.

“When I am sitting in a board meeting and I hear something they are discussing, I can actually visualize the program they are talking about,” Peel said. “I can visualize a child in that program…I love the fact that I can have a tangible impact. It’s a great opportunity to support our community. I really love Manhattan Beach and feel very lucky to live here.”