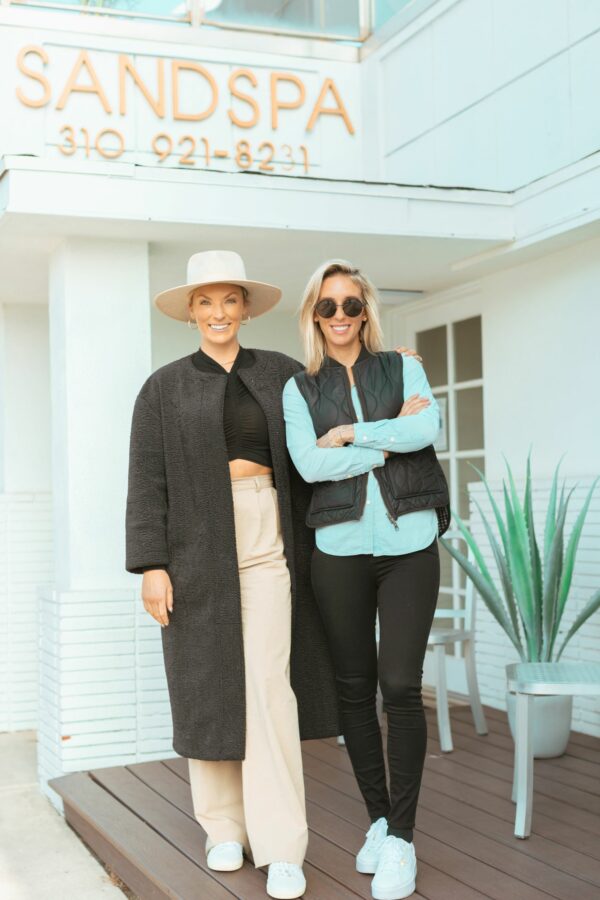 Sand Spa founders Megan Richardson and Gretchen Tiernan in front of their original location on Highland Avenue in Manhattan Beach. Photo by CreateWhatsTrue

When Sand Spa opens its newest location in West Hollywood next month, it will reverse the more common practice of trendy businesses moving from the hip Westside to the sleepy Beach Cities.

Their expansion outside the South Bay will be on a tree lined, cafe-filled block of North Sycamore Avenue, which includes Jay Z’s Roc Nation entertainment agency and Beyonce’s dance studio.

The West Hollywood location was suggested by Marc Huberman of Accelerator Advisors in Manhattan Beach. The real estate firm specializes in health and wellness developments. 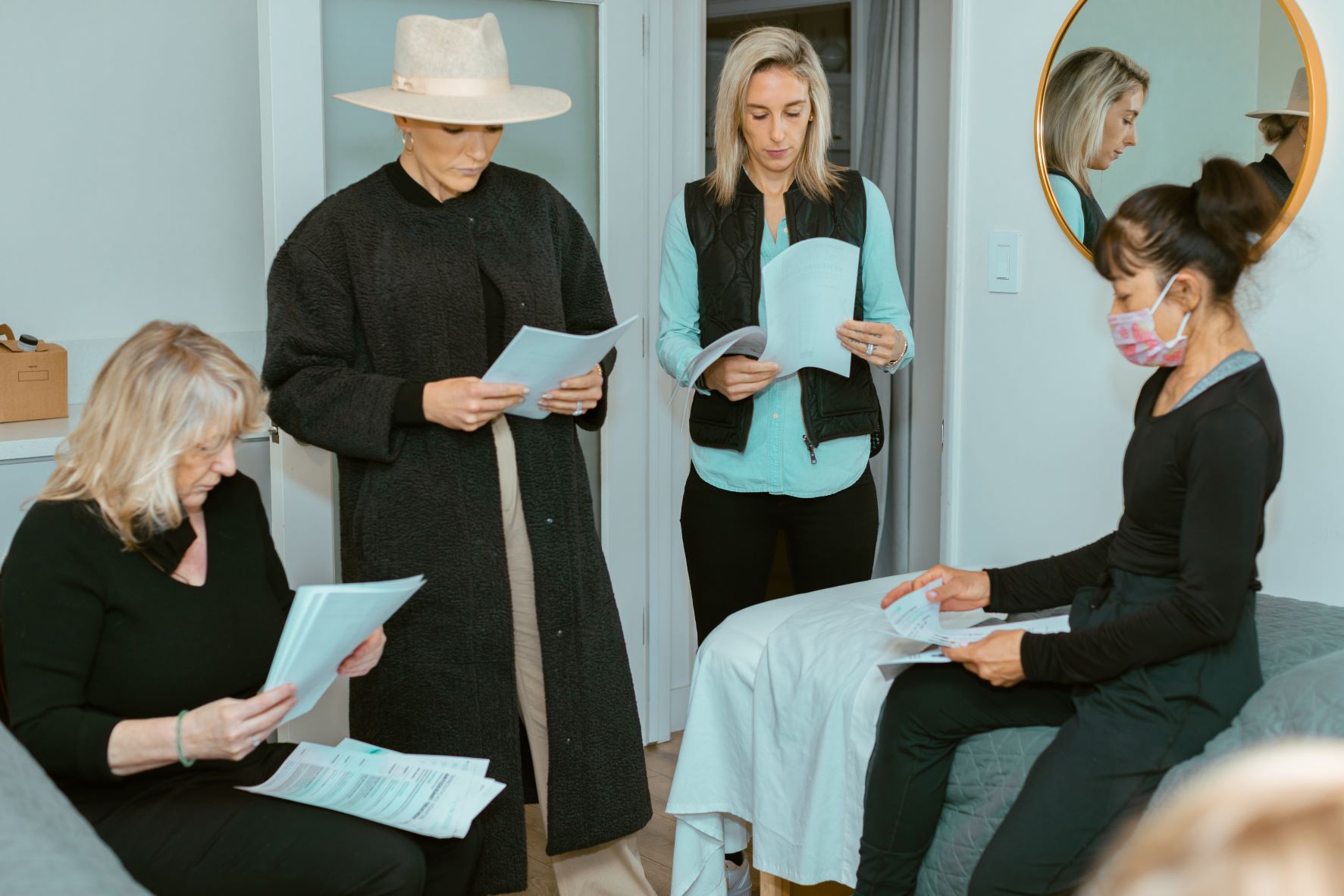 “I loved the space with its roll up door. They had elevated the typical nail spa experience,” said Huberman, who was instrumental in the roll out of Pause Studio at the Pointe in El Segundo.

He said he had a similar vision for Sand Spa.

“Sycamore is a curated street with no nail salons and a lot of foot traffic,” Richardson said.

The new location features a 700-square-foot space on the ground floor of a modern office building.

Richardson, and Tierman said it felt like the right time to expand.

“The South Bay has been so good to us, and we love this community,” Tiernan said. “We were just ready for the next step of our brand.”

“We want to grow and expand to other states,” Richardson said.

Tiernan’s and Richardson’s original concept for an affordable luxury wellness spa – massages, facials and nail services – was borne of their experiences as college basketball players.

“We benefited from massage treatments when we were athletes,” Richardson said. “We wanted to provide that experience to our customers.”

“A trip to the spa shouldn’t happen once a year. It should be part of your lifestyle,” she said. 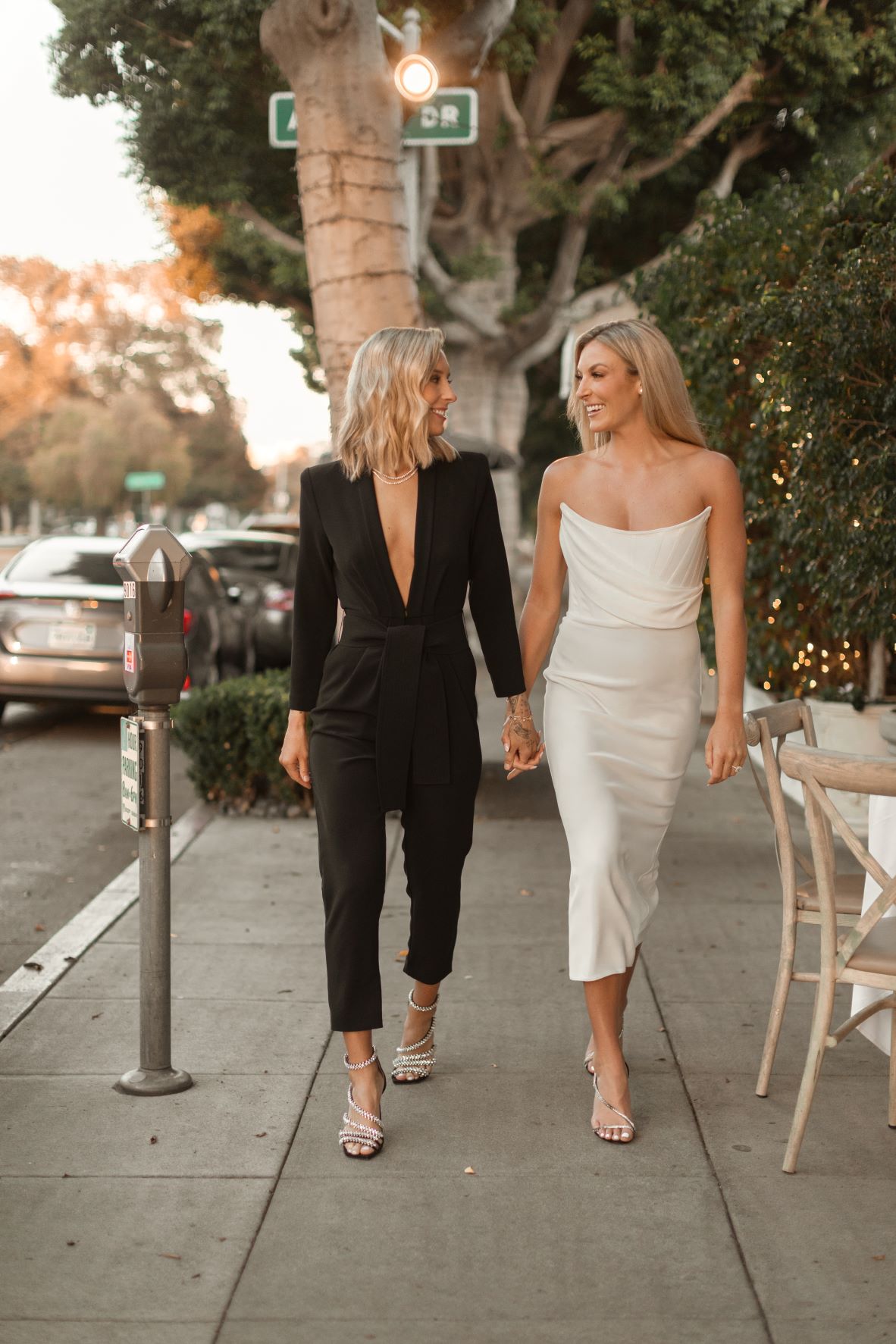 Gretchen Tiernan and Megan Richardson tour the Sycamore District in West Hollywood where next month they will open their first Sand Spa outside of the Beach Cities. Photo by CreateWhatsTrue

After college, while both were in their early 20s, they discovered an unfilled niche in the market – high quality spa services at affordable prices – something in between the modestly priced Massage Envy and the high end Trilogy Spa experience.

When they opened their first spa in Manhattan Beach they were “ballin’ on a budget,” stretching every dollar, Tiernan said. For two years, the couple worked the front desk from 10 a.m. to 10 p.m.

“I’ve taken far more from the lessons of sports,” Tiernan said. “Competing for a common goal and just having that fire inside of you.”

“We didn’t want to play it safe,” Richardson said. “Being average, comfortable, and mediocre really scares us. That’s what drives us, even in our relationship.”

The two admit to making  plenty of mistakes since launching their business, from hiring the wrong people to taking forever to find the right plumber. When issues arose, they learned quickly to course correct.

Tiernan previously managed a spa, and two nail salons, and Richardson’ has a degree in business. In addition to opening the West Hollywood nail salon, the two are working on a reservations  app for their salons, and an in house product line.

“It’s rare to have a homegrown company expand to West Hollywood,” Huberman said. “It’s usually the other way around.” ER