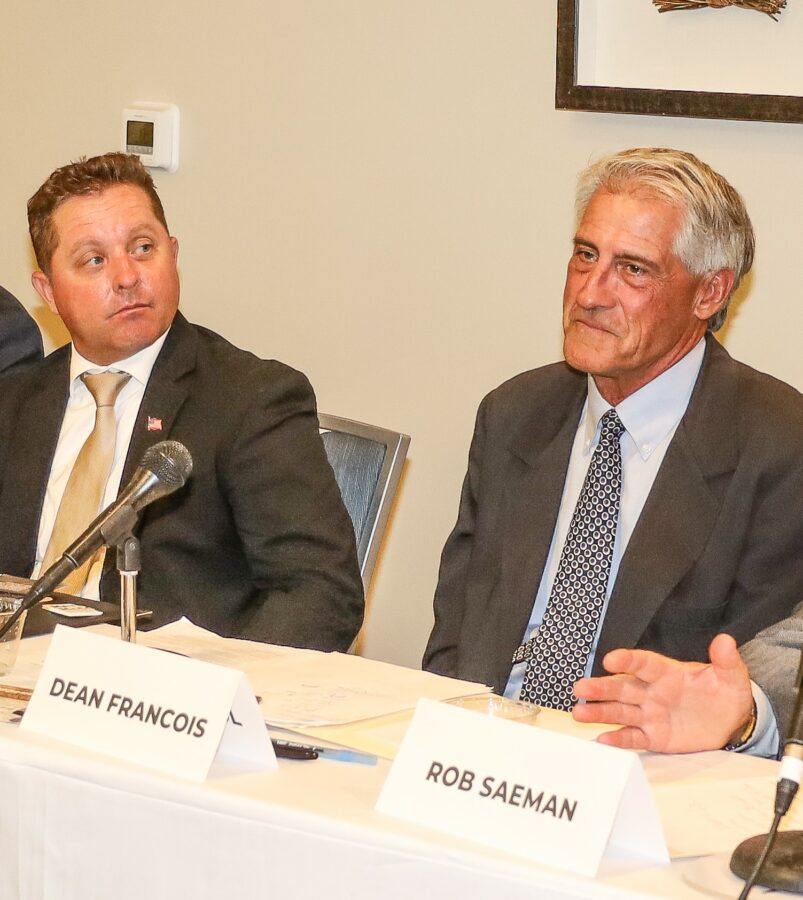 Hermosa Beach City council candidate Dean Francois said he has worked for decades  to improve the quality of life in Hermosa Beach by controlling development, helping maintain the city’s unique character and protecting the environment.

“I helped stop an oversized hotel in Hermosa, kept storm drain pollution off beaches, extended the bike path and saved our Greenbelt from being paved over,” he says in his campaign statement.

As a budget director for the U.S. Department of Interior, he regulated offshore oil drilling in the Western Region. When he left the federal government, he devoted his time to environmental issues, including working with the country and Santa Monica Bay Keeper to divert the Herondo Storm Drain – the largest polluting storm drain in the South Bay – to a sewage treatment plant.

“I know how to work with agencies and secure funds for clean beaches, parks, and water quality,” he said.

The 20-year resident said he has been drawn to public service since he majored in public service in college, and then worked for the U.S. Department of Agriculture as a food stamp investigator, and with the Equal Employment Opportunity Commission and Defense Department.

“Community, government work has been my life,” he said.

Francois said he will bring his “collective wisdom” from inside government, and through his volunteer work to the job.

“My private sector work and public policy experience working on major budgets makes me the best qualified candidate to meet the needs of residents and businesses,” he said.

Francois is critical of the .75 cent sales increase, which he said is a “very regressive tax,” that will impact everyday people who frequent coffee shops, local bars, and businesses.

“It’s unfair to the businesses because business will be diverted to the neighboring cities where the tax is lower,” he said.

He is opposed to Measure M, the cannabis initiative that will allow pot stores in the city.

“The thought that big business can come into our little town and put up an initiative, allowing them to reap large financial gains is a red flag, and people should vote against it,” he said.

Francois said helping the homeless is one of his top priorities. He would use the local homeless court and assign counselors to help get the services they need.

Like many of the other council candidates, the former budget director has been critical of the city’s expenditures on studies and surveys, citing a $100,000 contract to a former Torrance city employee to create a Master Parks plan.

“Now that’s something that should be done at the staff level,” he said.

If elected, Francois will ask for more transparency from city leaders, and would ensure the public has all the information published on the council agenda ahead of time, “so we all know what’s being considered.”

He said city agendas can be confusing because staff attaches a lot of reports and former meeting minutes. “We need more concise information on the agenda including the cost of projects which many times is left out of the equation,” Francois said.

Public safety is also a priority for the candidate, and he will work on improving dangerous crosswalks and “out of control automobiles and cyclists.”

Most of all, he wants a consistent and open dialogue with residents.

“I want to hear from people who don’t agree with me,” he said. “That’s how good government works.”

Francois said he has served on the Chamber of Commerce, city commissions, and the Red Cross, Community Emergency Response Team (CERT), which has prepared him to “work on a wide range of complex issues.” ER