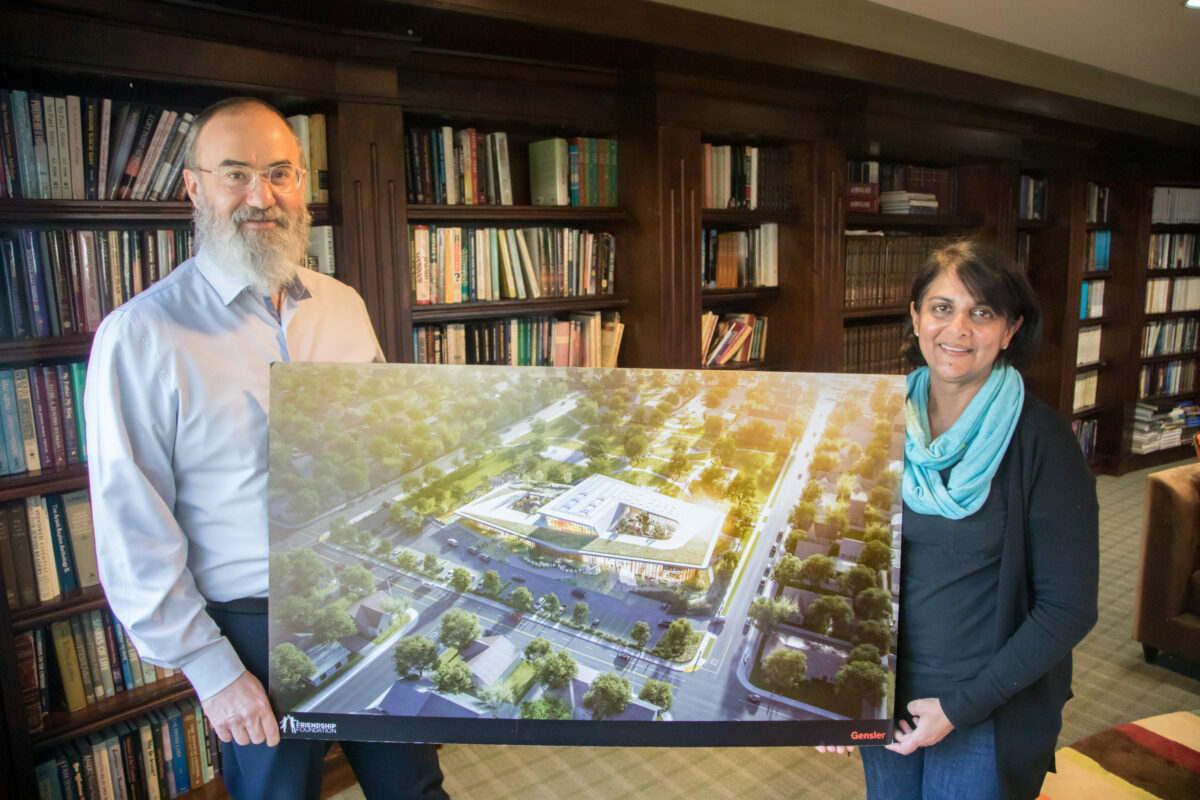 Rabbi Yossi Mintz, co-founder of Friendship Foundation, and Nina Patel, the foundation’s managing director, hold a rendering of a $36 million complex designed to help people with special needs integrate into society. The facility is expected to be complete by 2022. Photo by JP Cordero 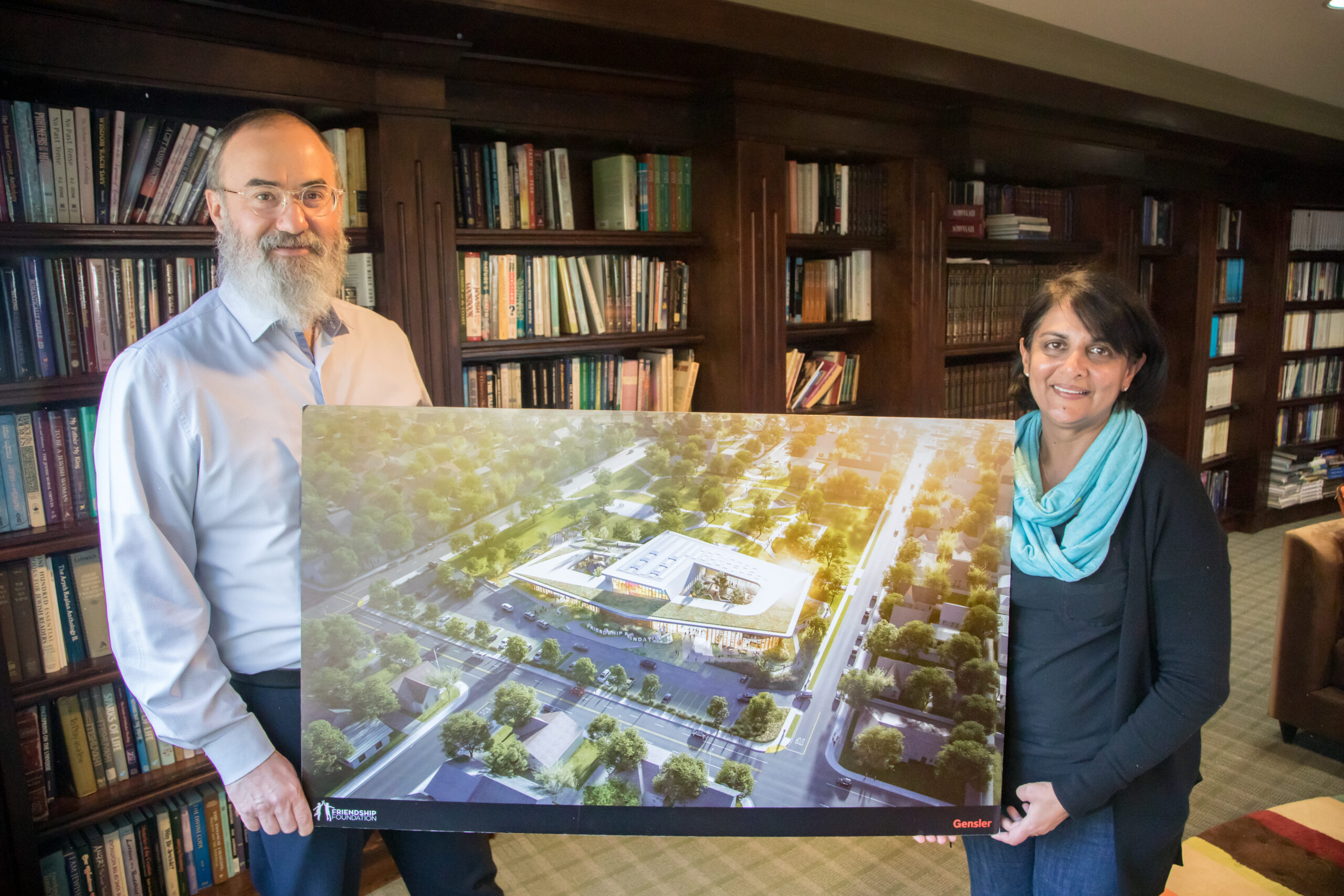 Rabbi Yossi Mintz, co-founder of Friendship Foundation, and Nina Patel, the foundation’s managing director, hold a rendering of a $36 million complex designed to help people with special needs integrate into society. The facility is expected to be complete by 2022. Photo by JP Cordero

Twelve years ago, Rabbi Yossi Mintz had a dream.

Mintz, the founder and director of the Jewish Community Center Chabad of the South Bay, envisioned a state-of-the-art facility where cutting-edge research, technology, and expertise would help people with special needs carve pathways into society.

Statistics pointed to a need for this kind of place, and still do. Schools offer programs for students with special needs, but 75 percent of neurodivergent high school graduates don’t meet four-year college admittance requirements. Eight in 10 neurodivergent Americans are unemployed.

“So many of these people can’t find a place but they’re so intelligent and so creative,” Mintz said in a phone interview. “I thought, if we could just focus on their aspirations and their unique gifts to the world, then we could turn their special needs into special contributions to society.”

Last week, the rabbi’s dream went public, in the form of a press release and renderings of a $36 million facility with a 55,000 square-foot footprint. This week, a developer signed on the line to build this at 850 S. Inglewood Ave. in Redondo Beach. The project is expected to be complete by 2022.

But 12 years ago, the dream was still just a dream that Mintz talked about with the people close to him. One was Michael Greenberg, the president and co-founder of Skechers, headquartered in Manhattan Beach.

Greenberg had been one of the first corporate partners Mintz approached after moving from New York to the South Bay. In 2005, the rabbi pitched Greenberg an idea: a non-profit organization committed to helping people with special needs enjoy and experience life.

“That was really easy for me to say yes to,” Greenberg said. The Skechers executive conjured memories of helping students with special needs move between classes in elementary school. He remembered them as his friends. That year, Mintz and Greenberg co-founded Friendship Foundation, an organization that has grown to serve thousands of students in 10 school districts. A hundred thousand students have been impacted by the foundation’s programming, which includes organizing outings for neurotypical kids and neurodivergent kids, at the beach perhaps, or the park.

“Friendship Foundation has done an incredible job eradicating the differences between children today,” Greenberg said. “Today, it’s cool to have a buddy, friend, pal that’s not like you. It’s not only okay but it’s outright cool. We have all these accredited clubs in so many different schools, and they’re hard to get into because everybody wants to be part of them.”

But before all that, just after the Foundation began operating with 22 volunteers and eight students, Mintz began dreaming about a facility. He envisioned a paradigm shift. He wanted to normalize special needs; he believes everyone has special needs, but some are just more revealed than others. He dreamed about supporting people with more revealed needs to find their purpose.

His guiding question was: How do we create a place that will support the integration of people with special needs into society? He drove across the state and flew across the country and world to meet with researchers from universities, children’s hospitals, and organizations focused on neurodivergent people. The rabbi asked all of them the same thing: What would this sort of place look like? 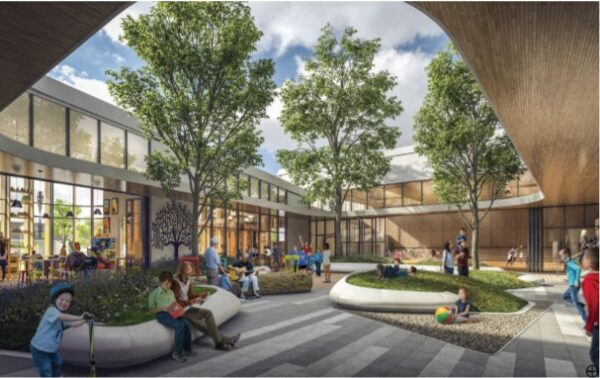 In the beginning, the challenges his dream confronted included a lack of land and a lack of money.

The Friendship Foundation began seeking sponsorship for the rabbi’s dream, even as its work expanded. The organization strengthened its partnerships with school districts, including the Redondo Beach Unified School District (RBUSD), to deliver programming in schools. Thirty-six “friendship clubs” emerged at schools throughout the South Bay. The dream kept simmering.

Then, two and a half years ago, Dr. Steven Keller, superintendent of RBUSD, asked Mintz to come to his office.

“I have a property for you,” Keller said, referring to a lot that belongs to the City of Redondo Beach and is currently in the possession of RBUSD. Until the 1980s, it was home to Franklin Elementary School; until three months ago, it was a private preschool; now, it’s an empty, dilapidated building.

Mintz was incredulous. The location was ideal, close to both the Beach Cities and communities east of the 405 freeway. It was also much larger than he had imagined.

“More than three acres of land in the Beach Cities is almost impossible, and it’s adjacent to a public park of 3.5 acres that we have full use of as part of the deal,” Mintz said. “An acre would be lucky. Two acres would be a miracle. And we got this property for just under 3.5 acres.”

The negotiations began. RBUSD offered some incentives, including an offset of rent payments during the construction period. (The district is not contributing any dollars to the project.)

“It took some time, as any negotiation does,” said Brad Serkin, president of the school board. “But we’re really excited about this program, both from the standpoint of expanding the programming that we already offer to the special needs community, but also going even further. We believe this will be something that people will look back on and be proud to say they were part of.”

“It really is profound,” Keller said.

The fundraising continued into a year arrested by a global pandemic. By this week, private donors had committed 75 percent of the project’s price tag, or $27 million.

“It’s amazing, during a time like this, how many people reached out,” Mintz said. “All the money we raised is literally local, all local, right here from Manhattan Beach, Hermosa Beach, Redondo Beach, and Palos Verdes. A lot of donors are looking for impact. I think they see the impact we’ve already had and what could come from this. It’s going to help thousands of kids. Thousands.”

“I heard about it and I was like, where can I sign up? I want to be a big part of this,” Greenberg said of the foundation’s fundraising success. “[Mintz] brought a big idea to the South Bay.” 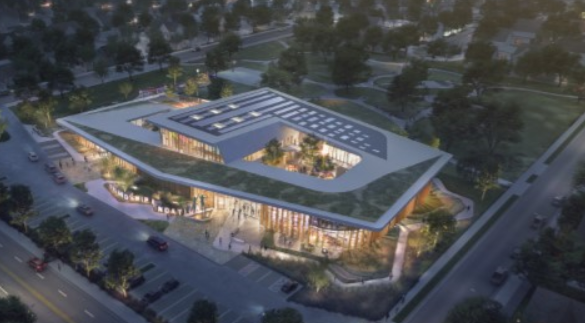 Fundraising efforts are ongoing; current conceptualizations of the build will require a further $9 million.

But the project is entering the permitting phase, and developers are making plans.

Students will be trained in such skills as graphic design, coding, music mixing, and cooking. The campus will also offer multigenerational mentoring, giving older adults the opportunity to impart professional and life experience to students.

“It’s going to be this beautiful, happy place,” Mintz said.

The rabbi envisions bringing educators and teachers from all over the world to the facility to attend conferences and discuss advances in research related to neurodivergence. But perhaps most importantly, he said, the facility will extend the Friendship Foundation’s reach beyond high school.

“A lot of families with special needs are looking at an abyss when their kids are out of public education and asking themselves, now what?” said Nina Patel, managing director of Friendship Foundation. “I think the Friendship Foundation finally is going to be able to answer the ‘now what’ question.”

“It’s going to give them so many children and people a place to go and feel equal, feel secure, feel confident,” Greenberg said. “And I think that having confidence is a big deal.”

The lesson of the facility, from the Skechers executive’s perspective, is that building on a dream takes time.

“I like to teach my kids that nothing is impossible and nothing happens overnight,” he said. “Just remain patient. And patience really is a virtue because this is how it works out: if you’re patient and you dream about something and work towards that dream, it can and it will materialize.”

It’s also an example of what can happen, as the rabbi wrote in last week’s opinion piece, when you imagine opportunity in the midst of obvious challenges. The project hasn’t yet broken ground, but the team at Friendship Foundation is imagining the possibilities it will open up.

“Hopefully there will be more of these built,” Greenberg said, “based on our success.” ER