Gran served with intent to recall 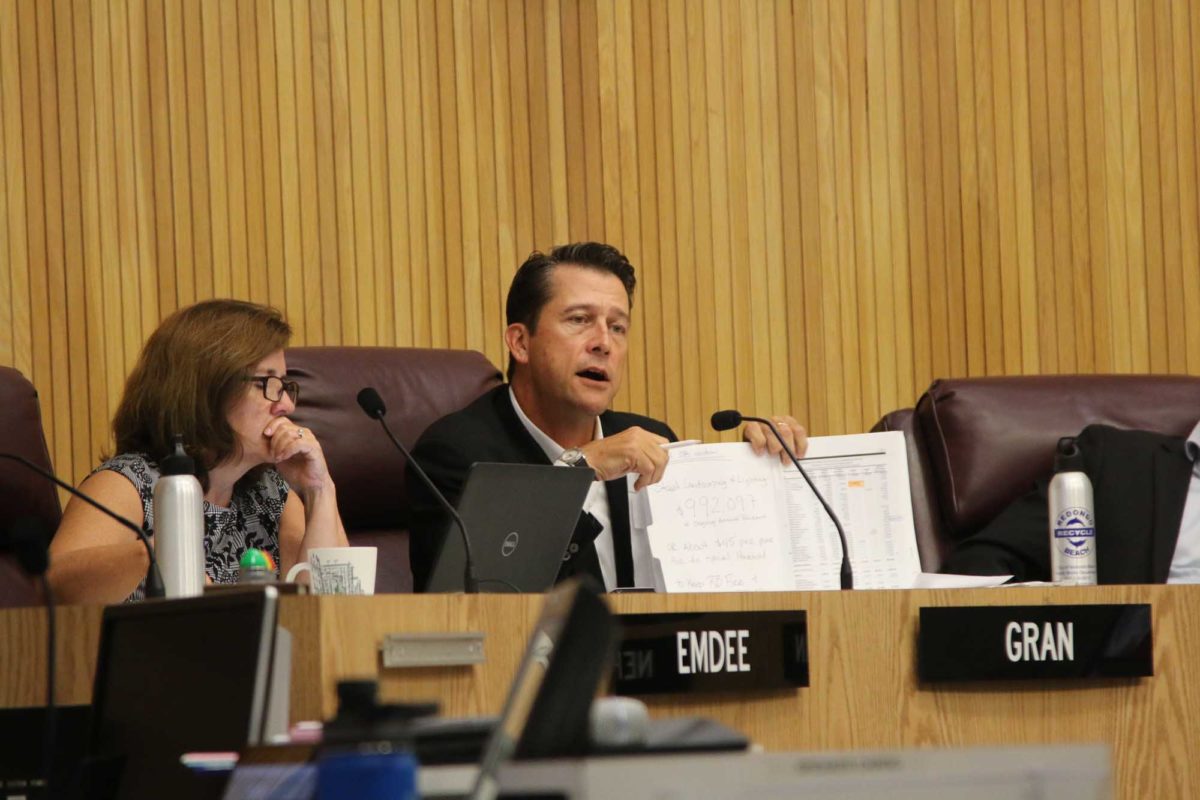 A group of Redondo Beach citizens are moving to recall Councilman John Gran in response to his vote killing the City’s study exploring contracting with Los Angeles County Fire Department services. Gran was the Council’s swing vote, pressing to approve a continuation of the study in April before reversing his position in August.

The petition states Gran is “putting your life at risk in times of fire and medical emergencies,” by voting to end Redondo’s study.

“I’m a little surprised, but I understand people are already gearing up for two years from now when we get into election season,” Gran said in a brief interview Thursday morning, implying that the city’s development-motivated political divide ties into the recall movement. “I recognize there are folks who were very pro-Measure C… but it’s not uniform, that I can tell.“

The fire department study was conceived by the City as part of a plan to examine cost-saving measures. Elected officials and staff members have stated that Redondo’s budget is facing a structural deficit: annual revenues are flattening, while expenses — especially pension liabilities — increase by millions of dollars each year.

The city has cited its deficit as a reason for not reaching a contract agreement with its firefighters and police associations. The two associations have been at odds with the City in bargaining for cost-of-living salary adjustments and as a result have been working under an expired agreement since July 2018.

Gran said that his vote changed when he became unconvinced that the service transition would meet his threshold of saving Redondo Beach $1.5 million annually.

Gran was also among a majority group of Council members who declined to discuss an offer by the Redondo Beach Firefighters Association to pay $24,000 to LACoFD for the study to continue.

“Spending the $24,000 and engaging in negotiations with LA County would only result in us determining the transition costs via the County’s assessment, not what it really means financially (ongoing) as we account for the Fire Department,” Gran said in an email to a constituent.

“His politically motivated flip-flop means that you could not get the superior fire and paramedic services a City/County merger offers us,” Obagi said in a press release distributed to reporters by RBFA President Greg Allen.

“We just think it’s based off of some friendly relationship with other council members or with people who would benefit by not transitioning to LA County,” Obagi said in an interview, before acknowledging, “We don’t have a ton of hard evidence to support that.”

Allen echoed the petition’s sentiment in an interview.

“Why do we have to get involved in politics and figure out what’s wrong at the city, and why people are making politically-based decisions versus what’s really trying to solve the problem?” Allen said.

“It’s our feeling,” he said, “if the city can’t afford you anymore, they can’t afford to invest anymore and we’re in a bad spot, what else is there to do but look at other options?”

Finance Director Marni Ruhland said that statement removes the context from her department’s report. The City would indeed save money, she said, but at the cost of reducing service and staffing levels at Redondo Beach fire stations. The report continues to say that, were the City to reduce its own staffing to a comparable level of service, Redondo’s Fire Department expenses would cost less than LA County’s least-expensive service option.

Allen believes that similar citizen-led actions may be coming for other Redondo Beach elected officials that didn’t support the study.

“Things are in the works, it appears,” Allen said, acknowledging the Firefighters Association’s increasing political activity. “That forces us to have to take a stand and to act in the best interest of the community.”

According to City Clerk Eleanor Manzano, who is verifying the process with the County Registrar’s Office, petitioners would need to get approximately 2,344 signatures — 25 percent of District 4’s approximately 8,975 registered voters — to force a recall election to the ballot. The 2017 District 4 City Council election, which sat on the ballot alongside the controversial Measure C waterfront rezoning plan, had a total of 2,490 voters. Gran received 1,358 of those votes.

“I don’t believe I’m a very good politician—I’m a rational person in what I would call an emotional position,” Gran said, stating that he repeatedly spoke with fire and police labor representatives before being served with the recall-attempt notice. “I believe I did the right thing for our city, and saying no to LA County and getting rid of Fire is not in our best interests.”

After noting that a recall election would cost approximately $70,000, Gran said the City “might as well have an election that has meaning.” He proposed the Council discuss creating a ballot measure to increase funds by adding a second assessment to Redondo’s Landscaping and Lighting District Fund.

According to Redondo’s FY 2019-’20 budget, the City expects to take in $1.56 million in revenue from its existing assessment, and plans to subsidize the fund by nearly $1 million to maintain landscaping and lighting citywide. He believes annual resident fees would increase by about $45 per household, for an average total of about $97.

Gran’s proposal would add a second assessment to existing assessment fees, with the aim of shoring up that shortfall, allowing Redondo to use its planned subsidy for employee salaries.

Redondo’s annual assessment fee hasn’t changed since 1991. In 2006, the City attempted to establish a Supplemental Landscaping and Lighting Assessment District, to raise additional funds, under California’s Proposition 218, and was halted by voters.

“Anyone who tries to stop the process needs to talk to police and fire about why they’re not allowing them to take their case directly to you,” Gran said, promising that if his motion is “vetoed or stopped,” he will continue to bring it forward, week after week.

At the end of the meeting, his motion to discuss the lighting and landscaping assessment at a future meeting was approved.