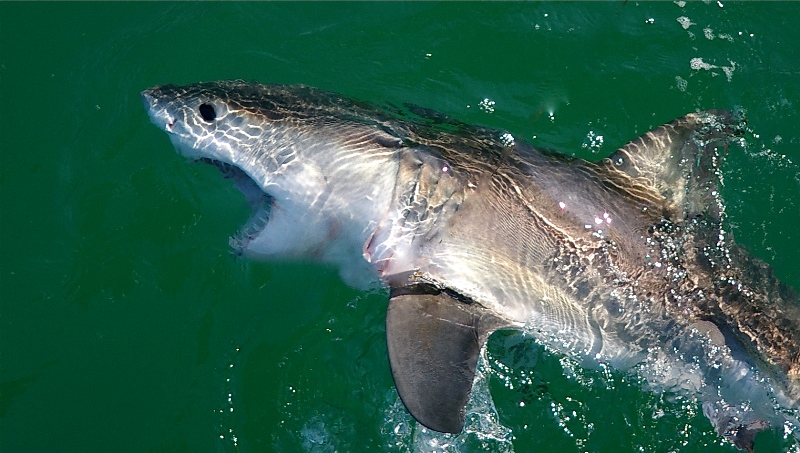 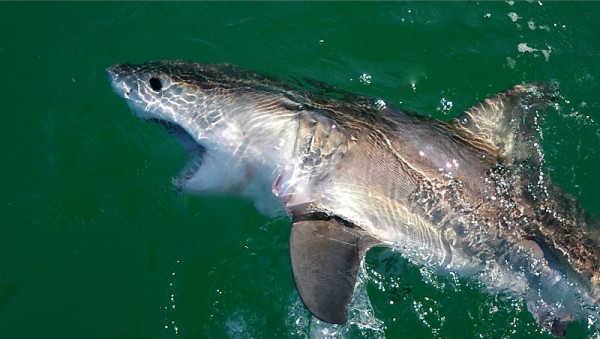 A great white shark was caught by a fisher off of the Manhattan Beach Pier for the second time this year, but Roundhouse Aquarium director Eric Martin offered assurances that this doesn’t mean it’s unsafe for people to go in the water.

The great white, measuring 7 to 8 feet long, was caught Tuesday afternoon. It was cut loose and released into the ocean where it is “hopefully behaving himself,” Martin said.

Great white sharks are protected by law and have to be released if caught. Martin said the city has never had a problem with shark attacks.

“A lot of people have a big fear, like, ‘Oh my god, great whites are mean because they’re always on “Shark Week,”’” Martin said. “But they really are a beautiful fish.”

Martin said that there are great white shark sightings about three to five times a year in Manhattan Beach, and that oftentimes baby great white sharks come into the South Bay chasing mackerel or large sardines.

He said that there are many nurseries for great whites in the waters off the coast of Southern California.

“When people see them out there, they feel really blessed,” Martin said. “This is a special thing.”

In July of this year a different fisherman caught another great white shark off the pier. Martin said when he first saw it he thought it was a bat ray, then realized it was a great white measuring at about 5 to 7 feet.

When the shark was caught in July, Martin said he had to argue with the fisherman who caught it about cutting it loose. The argument led to Martin calling the police to enforce the law to release the shark.

This time around, Martin said the fisherman complied and released the shark without argument.

“Everybody basically got a happy ending out of this thing,” he said.

Martin said that the crowd of speculators on the pier especially got a kick out of watching a swimmer unknowingly brush against the shark when it was released.

“The swimmer was totally oblivious to what was going on,” he said. “The great white slammed into that guy.”

Martin said the swimmer remained oblivious to the incident and unharmed when the shark was released.

“It was a very cool experience,” he added. “People were coming up to us at the aquarium.”

Martin said seeing a great white shark was just as shocking the second time around.

“I couldn’t believe what I was looking at,” he said. “It was another great white shark.”

“There’s been more and more reports of them hanging out in the South Bay,” he said. “We’re getting more sightings.”