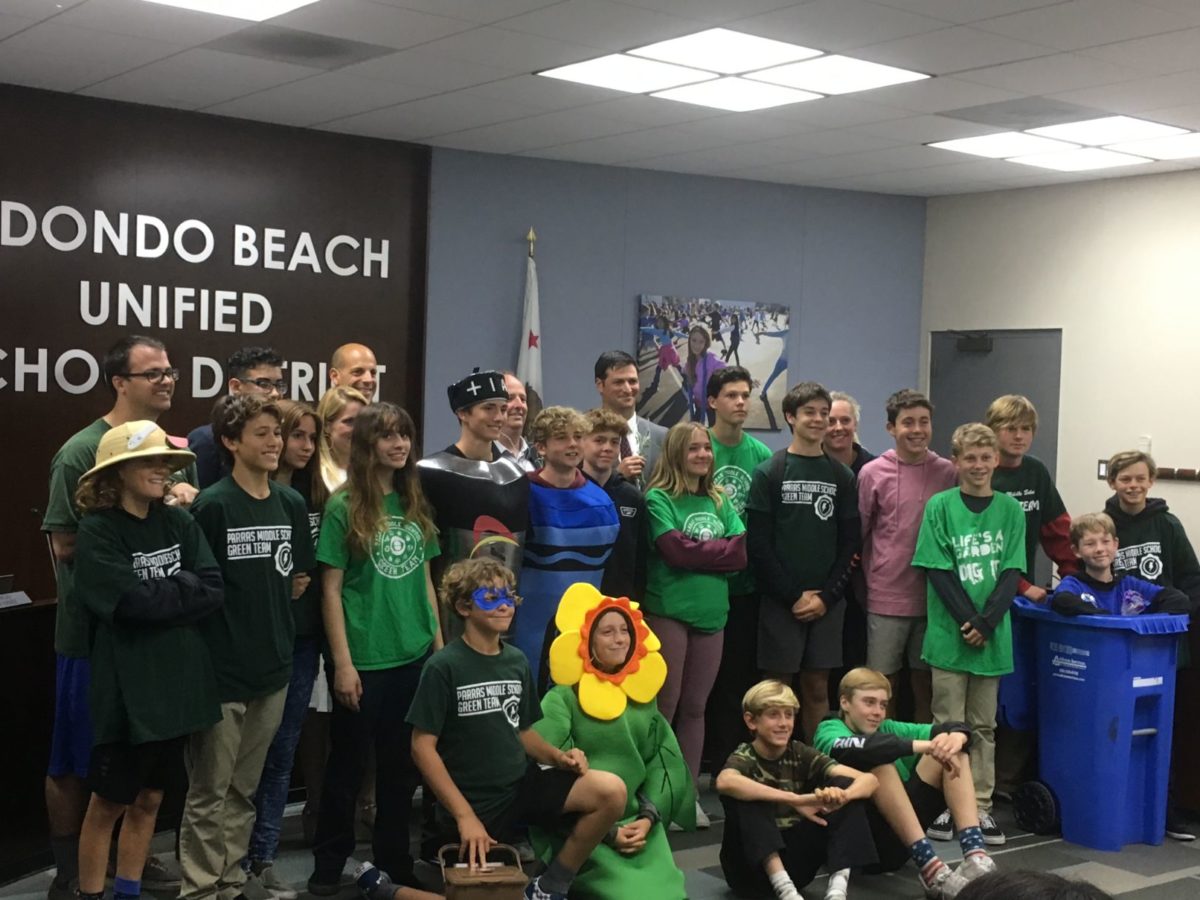 Parras Middle School’s Green Team made an appearance before the Redondo Beach Unified School District’s Board of Education on Tuesday night to tout their accomplishments in shrinking the school’s trash output and organizing the trash output among its student body. The award-winning Green Team is the reason why the Parras campus holds the record for generating the least waste in its local LA County Sanitation District.

“When we first started this program, we were originally creating 35 landfill bags of trash per day,” said Green Team advisor Clark Woods. “Now we’re generating four bags per day. The objective was to reduce waste on campus, and by creating a diversion system and a four-stream system, we’ve done that.”

Parras student Evan Herr, one of the Parras Green Team’s captains, walked through the process: Green bins are for compostable materials, black is for bottles and cans, blue is for other recyclables and grey is for the remaining landfill trash.

“On campus we each have individual jobs that we all do to form a perfect system — our ‘police officers’ monitor the lunch area and make sure kids are cleaning up and picking up loose trash; ‘diversion workers’ divert trash to the correct bins and ‘captains’ supervise the process to make it run smoothly,” Herr said.

“Before we had a Green Team, we weren’t diverting any trash. That’s obviously a problem for the environment and for the county, because we don’t have any more space to store trash,” Woods said.

School Board member Brad Serkin “loved the presentation,” which saw both the explanation of the Green Team and a demonstration for board members to toss “trash” (bean bags) into the correct bins, which were held by (and filled by) Green Team students.

“I think anything we can do to be more green and less wasteful is fantastic. I applaud the kids for taking the initiative to do it,” said Serkin.

“If it came from the board, it’s a bunch of adults telling them what to do; when it’s other kids doing it, it says good things,” Board Member Brad Waller said.