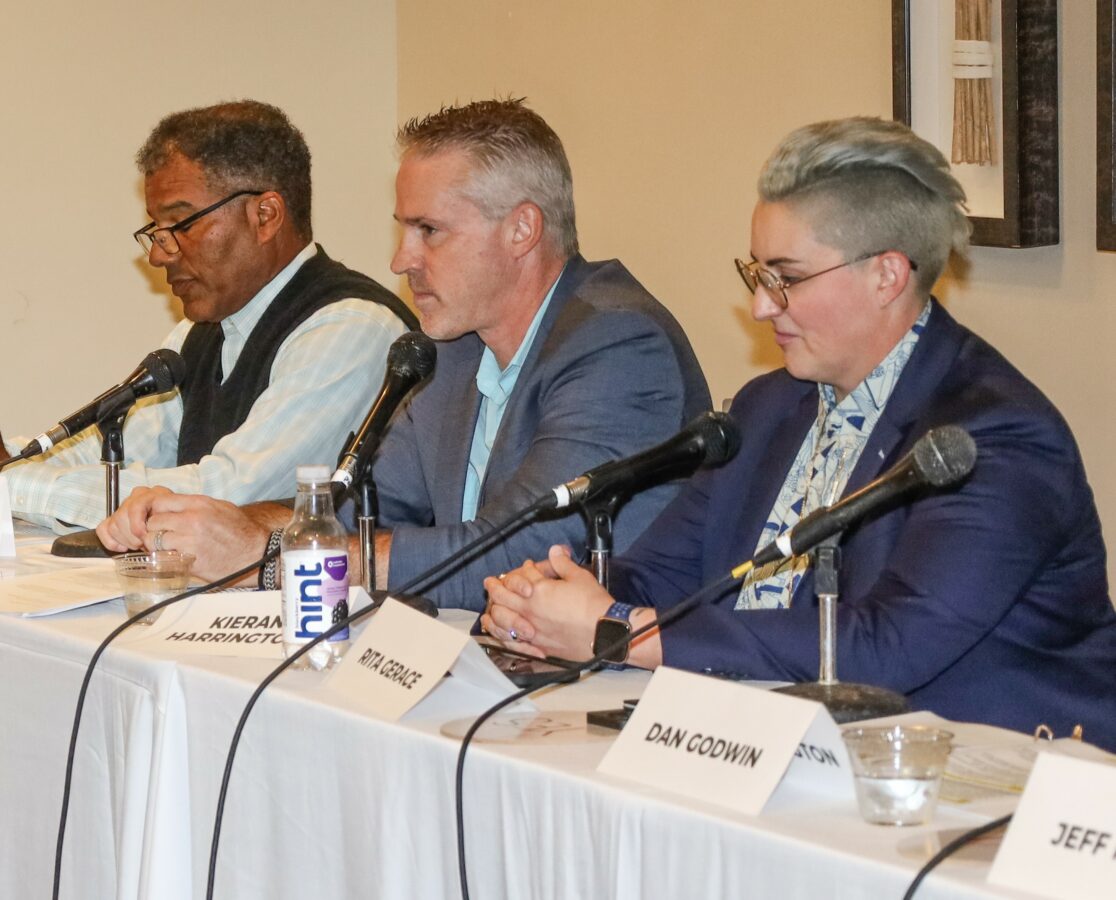 Kieran Harrington describes himself as the only Hermosa Beach city council candidate who has owned a business, and managed a $50 million budget for senior living facilities.

Harrington said he will prioritize fiscal restraint and support small businesses in the city.

“With my extensive background in budgeting and development, I’ll ensure we manage our funds responsibly and maintain a strong local economy,” the 22-year Hermosa Beach resident said.

Harrington has owned and managed local restaurants including the Corkscrew Café and Upper Manhattan Lounge, and worked as food and beverage director at Shade Hotel in Redondo Beach, helping develop their menu. Last year he launched restaurant Fox & Farrow in downtown Hermosa Beach.

“I’m the only candidate who’s run a business and handled payroll,” he said. “I want to create a more business friendly environment.”

Harrington, 48, opened his first restaurant in his native Philadelphia when he was just 23 years old. He hails from a blue-collar family committed to public service. His father was a probation and parole officer, and his mother, an elementary school teacher. Harrington said he put himself through college, graduating with a degree in Hotel, Restaurant Management.

“I was never handed anything in life,” he said. “I had to go out and fight for everything I got.”

He competed in the 1993 Sambo Martial Arts World Championships in Moscow. Currently, he is commodore of the Redondo Beach Yacht Club.

Harrington moved to Hermosa Beach in 1999, when he landed a job as West Coast regional director for Sunrise Senior Living facilities. He said he “lived out of a suitcase for the better of 10 years,” and was responsible for designing and operating 52 senior homes, managing a $50 million budget and overseeing a staff of 400 employees.

“I spent a lot of time reading blueprints and pulling construction permits, so I learned how to navigate city government,” he said.

While managing the Sunrise and then Kensington senior facilities, Harrington said he learned a lot about the needs of senior citizens.

“I know more about seniors than anything in this world, every diet, every like and dislike,” he said.

If elected, he plans to overhaul the city’s senior programs, offered at the Hermosa Beach Community Center, to include more trips, and local functions. Most activities are listed on the city’s website which is far too confusing for non-tech savvy seniors, he said.

“I couldn’t imagine someone in their 80s trying to navigate the city’s website to find available programs,” he said.

One of the complaints he has about the current city council is their lack of transparency and accountability. “Many don’t listen to input from residents and make decisions based on their personal agendas. There is little room for public debate,” he said.

Often council members know how they’re going to vote before they walk into the chambers, Harrington added, saying he would advocate for more public debate on agenda items.

“We spend millions on consultants and the project never really gets off the ground,” he said.

“Spending thousands of dollars on a study to see if we need bollards on the Pier is a waste,” Harrington said. “Using existing city staff for studies would be more cost effective.”

Harrington supports the .75 cent sales tax increase if there is “no risk from LA County taking that money from Hermosa Beach.”

“I would say that this time, with inflation and high gas prices, is a poor time to increase the sales tax on visitors and residents,” Harrington said.

He noted that voters will ultimately decide whether the tax increase is appropriate.

“If the increased tax passes, I will be on council and push every day to make sure the money is used for key services, and isn’t just lost in a bloated general fund,” he said.

Harrington is opposed to Measure M, the cannabis industry-sponsored initiative that would allow for cannabis retail storefronts in Hermosa.

“I don’t think we need that in our city,” he said, but added he would support cannabis delivery from retailers outside the city. “If the city gets a percentage, I’m for it.”

At his wife’s urging, Harrington wants to explore the feasibility of opening a dog park in the city. He would also like to bring back the popular Hermosa Beach Summer Series concerts at the Pier.

“I’m a very approachable person. I want to be there for the people.” ER