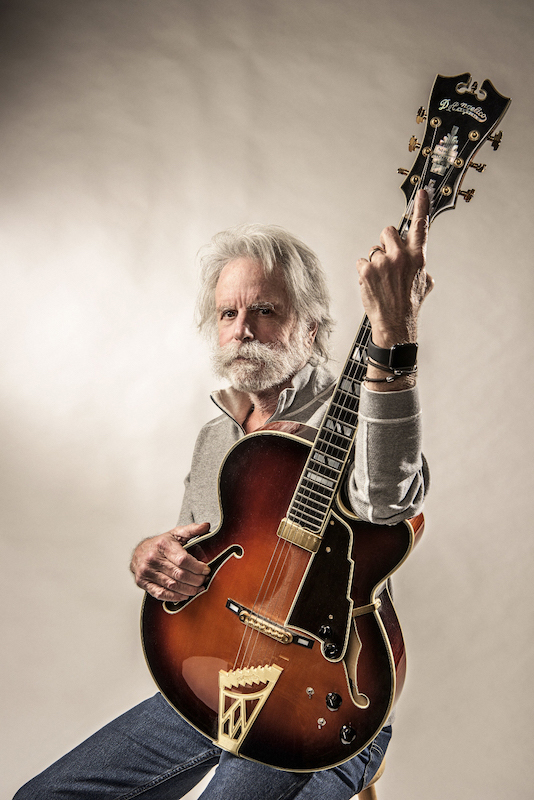 I couldn’t have been more than 21 years old, shirtless with a Spanish leather purse strung across my shoulder protecting a CD Walkman and the precious cargo it contained from the onslaught of sand particles determined to eat holes in my copy of the Grateful Dead’s 1973 Wake of the Flood album. Gently caressing my ears this fine summer day in Hermosa with my beach bummin’ back against the Strand wall was “Here Comes Sunshine,” propelling the already perfect setting into a higher, yet slower gear, wherein the entire universe seemed content to float on by in undulating joy.

That’s the thing about the Dead, they go with everything for just about anyone. They’re surf, they’re mountain, they’re desert, road trip, plane ride, bike ride, backyard bbq, pool party, that one romance, your childhood, college soundtrack, front porch rocking chair; and on and on. Even their sad songs warm the soul in that cathartic kind of way, but their main groove can give any scene that flow, where the river seems to meet its spilling point only to find its water falling from a precipice devoid of gravity as all the droplets take to the sky with happy, weightless dance. And life is nice.

Just the other day while I was walking a dog down the Strand, this guy came grooving by on his bicycle blaring “Scarlet Begonias” (From The Mars Hotel LP, 1974), and you’d swear the cement path he was rolling on was made of pillows. He got it. Life was nice.

Perhaps that’s the ultimate gift that Bob Weir, Rock and Roll Hall of Fame inductee and founding member of The Grateful Dead, and his bandmates bestowed upon the world: a lesson in presence and relaxation. Or, rather, intended submission to, collaboration with, and celebration of life and all its beautiful and/or bullshit adventures enough to relax and enjoy the journey without taking it too serious.

The influence that the Dead have had on the logistical theatre of live music and stage sound cannot be overstated. Nor can their precedent-setting pioneer work in branding, distribution, and developing a social media framework within and for the vast community of their fans. But industry aside, it’s the group’s lasting impact upon our culture that’s most striking.

Imagine a world without the legacy of the Dead… Is it looking and feeling more like the colorless wasteland devoid of human volition that Neo discovered after taking the red pill in the film The Matrix? There’s definitely no steal your face skulls and roses, or multicolored dancing bears framing license plates… But, like Neo, the Dead were heroic saviors for the very things that make us human. They were ultimate punk-rock warriors for the everyman, flipping a fat bird to the corporation and transcending the ever-encroaching system of control, muted initiative, and restricted freedom of expression (that held expectation in one hand and routine in the other) by governing their own direction and taking us with them as part of the group.

Percussionist Mickey Hart of the Dead famously said, “We’re in the transportation business. We move minds.”

By managing their own imaging, marketing, and ticket sales, even encouraging fans to tape and freely distribute their performances, these merry music makers shone through and ultimately eclipsed the industry at large while spearheading a subversive tribal culture with a VIP seat carved out for their devoted following. The music, the characters, the vibe, the shows, the constant touring without ever repeating a setlist or rendering a song the same way, it all became an experience greater than an album or a concert, or even the band; it became a lifestyle, and it remains a throbbing beat in American counterculture. And let’s face it, counterculture has always stood erect as a flaming beacon for the real pulse of the streets and the actual heartbeat of humanity. 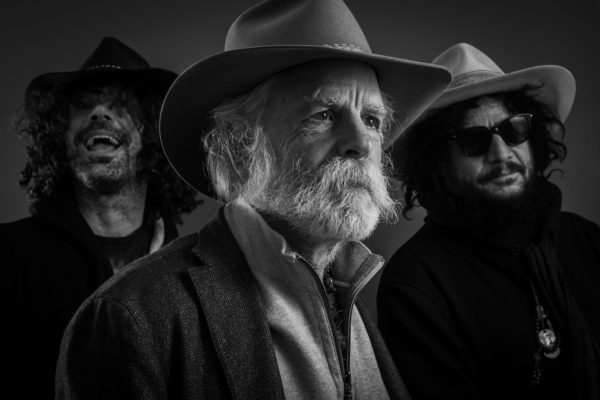 Bob Weir and the Wolf Bros. Photo by Todd Michalek

Playing In The Band

At only 16 years old in 1964, Bob Weir and future Grateful Dead mates comprised part of the San Francisco Bay Area folk band Mother McCree’s Uptown Jug Champions (with Weir on guitar, washtub bass, foot crusher, jug, kazoo, and vocals; Jerry Garcia on guitar, kazoo, banjo, vocals; Ron “Pigpen” McKernan on harmonica, vocals). Soon after, by the time The Warlocks would become The Grateful Dead and release their debut record behind the gauze of a revolutionary musical movement that even straight folks would come to covet, Weir was still just 19 years old. From appearing at Woodstock to performing before the Great Pyramids of Giza, the Dead went on to become one of the highest grossing live acts in history.

On rhythm guitar, Weir’s playing evolved into such an integral component of the band’s sound that it often became the guiding force in lieu of soaring leads from Garcia, whose meticulous picking and plucking often ran as a main thread within a larger cloth. The two were often joined in harmonious tug-o-war, like a child casually holding the string dangling from a balloon as it threatens imminent departure to explore outer space; but God forbid, sometimes one would be pulling while the other pushed, and they’d both take flight.

Weir once said, “Sometimes it’s a huge amble, where you’re just on top, on the lid, and it’s not going anywhere, and sometimes you walk on the stage and from the first note, the afterburner kicks in and you can’t stop it.”

Hence, the not so unoccasional 40-minute live jam. Not surprisingly, Weir is actually known for saying that what he likes best about music is when time goes away. However, I’m guessing that phenomenon could also take place within (or without) the parameters of a 3-minute number just the same.

It wasn’t always tabs of psychedelic trips through the haze of marijuana smoke with these guys, after all. Well, maybe the haze never did clear, but the Dead always brought you back down to Earth; and in fact, they spent quite a lot of time on the ground playing in the dirt with their folk roots. These harmonizing hippies upheld and preserved another face of their quest that oozed with Americana, and they even had a knack for country.

In a 2014 Vanity Fair HWD article,  Jordan Hoffman wrote, ”Once you get past the stank of patchouli, body odor, and cannabis, there actually is a great deal of complexity and creativity in the Grateful Dead’s music. Weir’s rich guitar playing — far more variegated than a typical rhythm instrumentalist — and his hard-rockin’ vocals are as key as Garcia’s countrified singing or liquid guitar leads.”

To be sure, where Garcia had that drippy angelic voice ranging from carefree to crestfallen that accompanied his country-steeped pedal steel guitar so well, and (in the early days) “Pigpen” the gruff, guttural bar fight bellow, Weir was in command of an assertive honesty lined with just enough toughness to be all cowboy where needed and handled lead vocals for many of the harder-edged rock tunes as well as a lot of the band’s country-oriented numbers.

Ultimately, beneath the veneer (and whatever reality it concealed) of a never-ending, drug-fueled party bent on traversing musical plains and pushing improvisational boundaries, a bundle of intelligent, forward-thinking kids were hard at work making cultural and musical history while becoming pioneering Godfathers of the jam band world, iconic folk and country-rock revivalists, and businessmen as one of the most successful bands of all time. Their permanent records are carved into wax, supplemented if not surmounted by a bottomless well of live albums and encouraged bootlegs, the reverberation of the great sound they made ceases to dissipate; and for Bob Weir at 71 years old, the music hasn’t stopped.

Solo records and stints with the group Kingfish aside while the Dead were still active, Weir went on to found, join, and front numerous outfits in the years following. Traversing the decades with Bobby and the Midnites, Scaring the Children, RatDog, Further, The Other Ones, receiving a Lifetime Achievement Award, and even becoming the subject of a Netflix original documentary, he’s still truckin’ on tour in 2019. Bob Weir and Wolf Bros will be headlining BeachLife Festival as a trio with Weir on guitar and vocals, Don Was on bass, and Jay Lane on drums.

The “wolf” end of this den isn’t filled by the young blood of a couple hired guns either. Both are award-winning artists. As a band leader, collaborator, and legendary music producer, Don Was has worked with anyone from Brian Wilson, Willie Nelson, Ziggy Marley, The Rolling Stones, and Iggy Pop to Garth Brooks, Waylon Jennings, and Bonnie Raitt, to name just a very few. Jay Lane, one of the earliest drummers of Primus, was there with Weir to form RatDog before the two contented collaborating in Scaring The Children and Further (the latter including fellow Grateful Dead original Phil Lesh).

“For a while now I’ve been itchin’ to explore our songs in a trio setting,” Weir told Jambase.com. “An upright bass, my acoustic or electric guitar and a drummer. We did some rehearsals this past spring and it was big fun — and that’s the whole idea. We were kickin’ around Dead songs as well as tunes from my back pages. I’m pretty sure we’re gonna have a big adventure with this…”