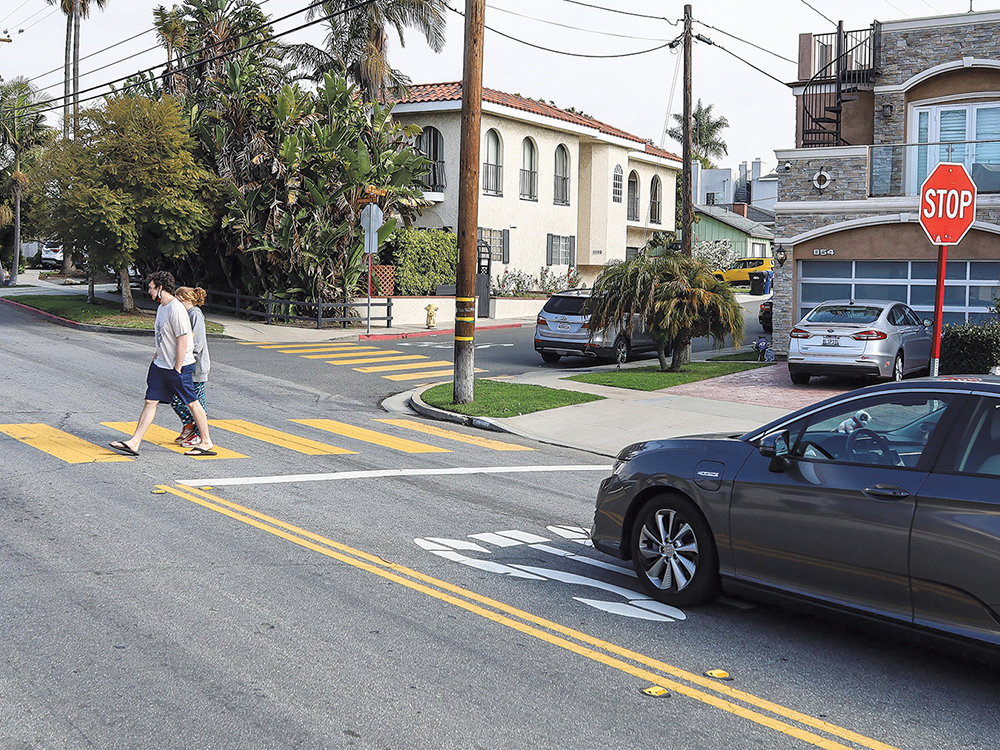 Four busy Hermosa Beach intersections soon will be under the gaze of local police officers, following City Council unanimous approval Tuesday of purchase and installation of automated license plate readers at the sites.

The readers, which scan the license plates of every vehicle passing through the locations, automatically check a database of stolen and other “wanted” vehicles and relay pertinent information to a department dispatcher.

“The presence of community cameras and license plate readers in public areas has grown in the United States,” said LeBaron. “This technology has proven to be an efficient way for law enforcement to generate investigative leads and locate suspects.”

Funding for the purchase — $56,932.50 — was approved in the city’s current budget. Vigilant Solutions, which provided the two units now on police vehicles, won the contract because the company provides “proprietary software” allowing the coordinated operation of the readers. Licensing fees will add another cost of $3,400 annually, LeBaron said.

In other business, the council approved introduction of an ordinance adopting a “Military Use Equipment Policy,” required by state law prior to a local department’s acquisition of military equipment for domestic law enforcement use.

According to a staff report, “These tools have been tested in the field and are used to enhance community safety, officer safety, and reduce the need for escalation of force.”

Additionally, the council adopted an ordinance updating the city’s beach and Strand regulations. The updates include elimination of “an outdated existing regulation regarding the changing of clothing, no longer applicable in current norms.”

The new ordinance primarily addresses certain recreational practices that staff perceived as problematic: temporary volleyball courts installed within a 50-foot distance from the Strand wall, tents placed too close to pedestrian use, and blockage of beach access or emergency lanes required by the county. ER