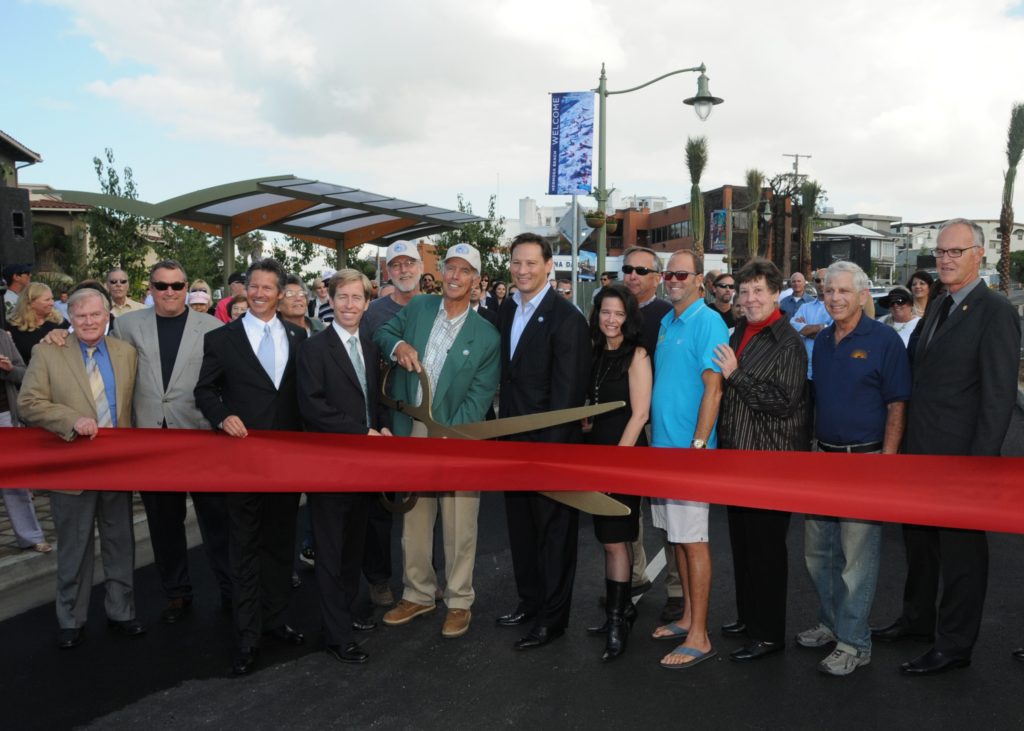 When Steve Burrell was a student at South High in Torrance in the mid 1960s, he attended Torrance City Council meetings just to watch its longtime, legendary city manager Ed Ferraro.

“That’s when I knew I was going to become a city manager. Never even thought about being anything else,” Burrell told Easy Reader in a 2001 story about the Beach Cities’ three city managers — Burrell, Manhattan Beach city manager Geoff Dolan and Redondo City Manager Lou Garcia. The story was titled, “The Beach Brothers,” though Burrell was the only one who surfed.

Burrell passed away a week ago Tuesday at his Redondo Beach home, at age 72.

Colleagues remember him Burrell as an old school, behind the scenes city manager.

“If someone asks, ‘What do you do,’ I say I work at City Hall, and leave it at that,” Burrell once told a reporter. 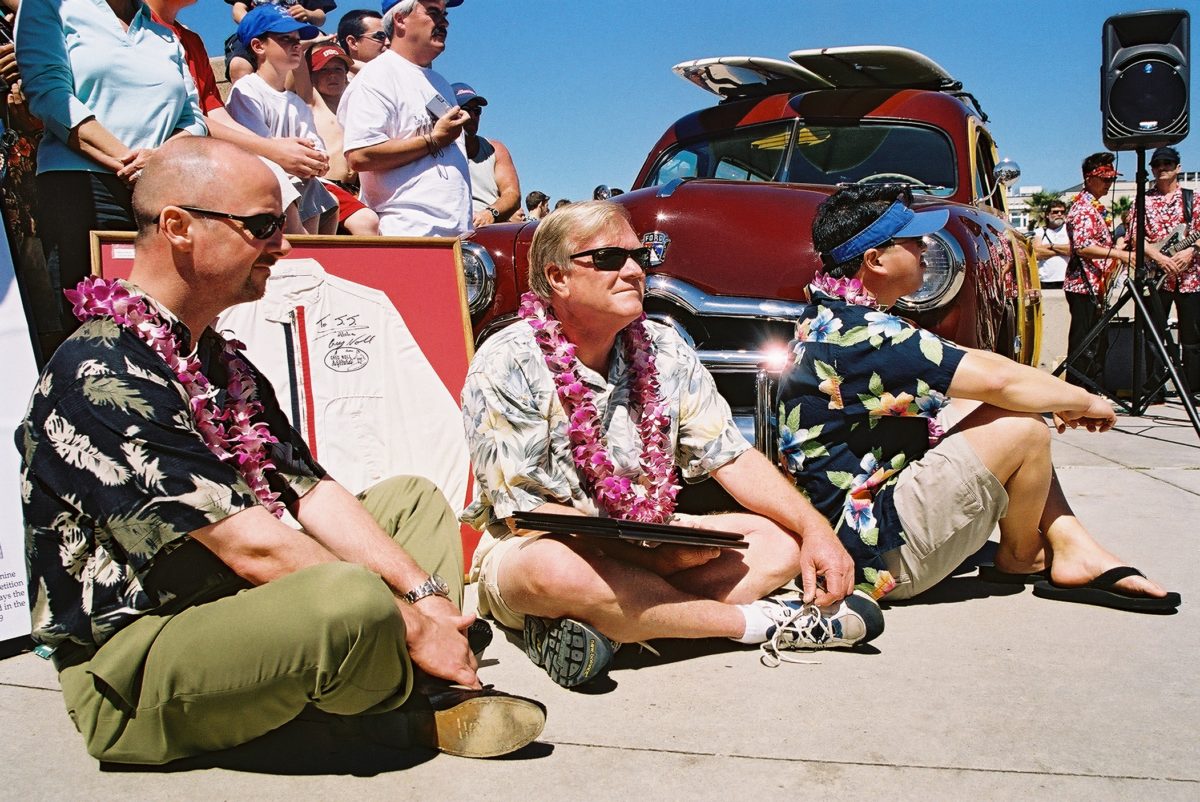 City Manager Steve Burrell kicks back with Councilman Michael Keegan during the 2003 Surfer’s Walk of Fame. Photo by Kevin Cody

Burrell became the city manager of Capitola about the time the job of city manager was changing, a a result of the 1983 Brown Act. The state law prohibited council members from making backroom agreements, out of view of the public.

“A lot of people don’t understand the role of the city manager today. There is no backroom wheeling and dealing today,” he said in the 2001 interview.

In restraining elected officials, the law shifted power to city employees, especially long time city employees like Burrell. He was the city manager of Capitola for 15 years before serving as Hermosa’s city manager for 18 years, from 1994 to 2012. 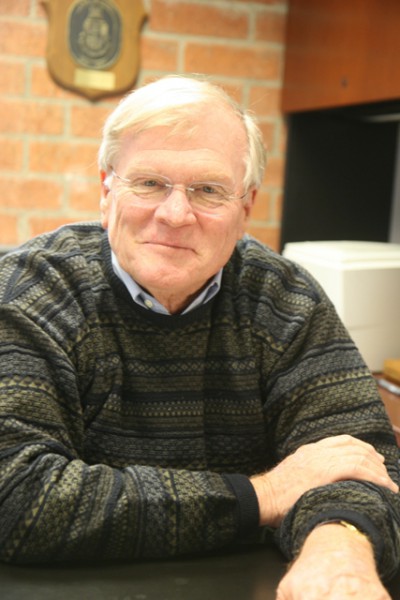 Hermosa Beach City Manager Steve Burrell, in 2012 when he announced his retirement. Photo by Robb Fulcher

“The council had the political power. But it needed someone to figure out how to do what we wanted done,” recalled councilman Sam Edgerton this week.

“The best thing Steve did was stick around long enough to get things done. The average city manager moves on after five years. Projects like the hotel, Pier Plaza and upper Pier Avenue can take decades.” 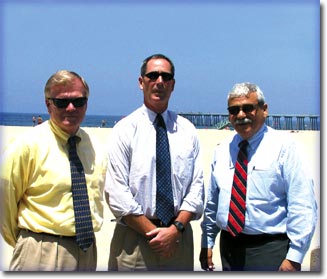 “The city used to sell its County street improvement funds to other cities because it couldn’t come up with the matching funds. Steve found the funds and fixed The Strand and the streets, which had been in disrepair for years.”

“He got South Park and Valley Park redone. I can’t point to any other city manager who comes close to completing the number of capital improvement projects Steve did,” Edgerton said. 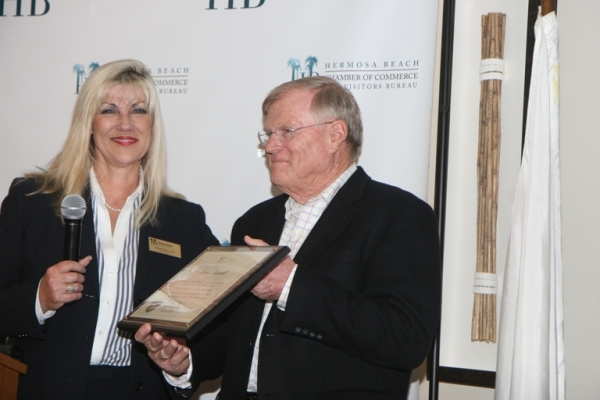 Robert “Burgie” Benz served on the council with Edgerton in the 1990s, “While there were often contentious issues that divided the City Council,” Benz recalled, “Steve always strived to harmonize the divergent views into a common thread. It was through his stewardship that our council had a great working relationship despite our stark differences. After knock down, drag out fights played out in public meetings, Burrell and the City Council — though never a quorum — would retire to the Mermaid or Critters, where I usually had to pick up the tab. But it was well worth the memories.”

“He was a man who had a lot to say and said little,” his daughter-in-law Lindsey Burrell said. 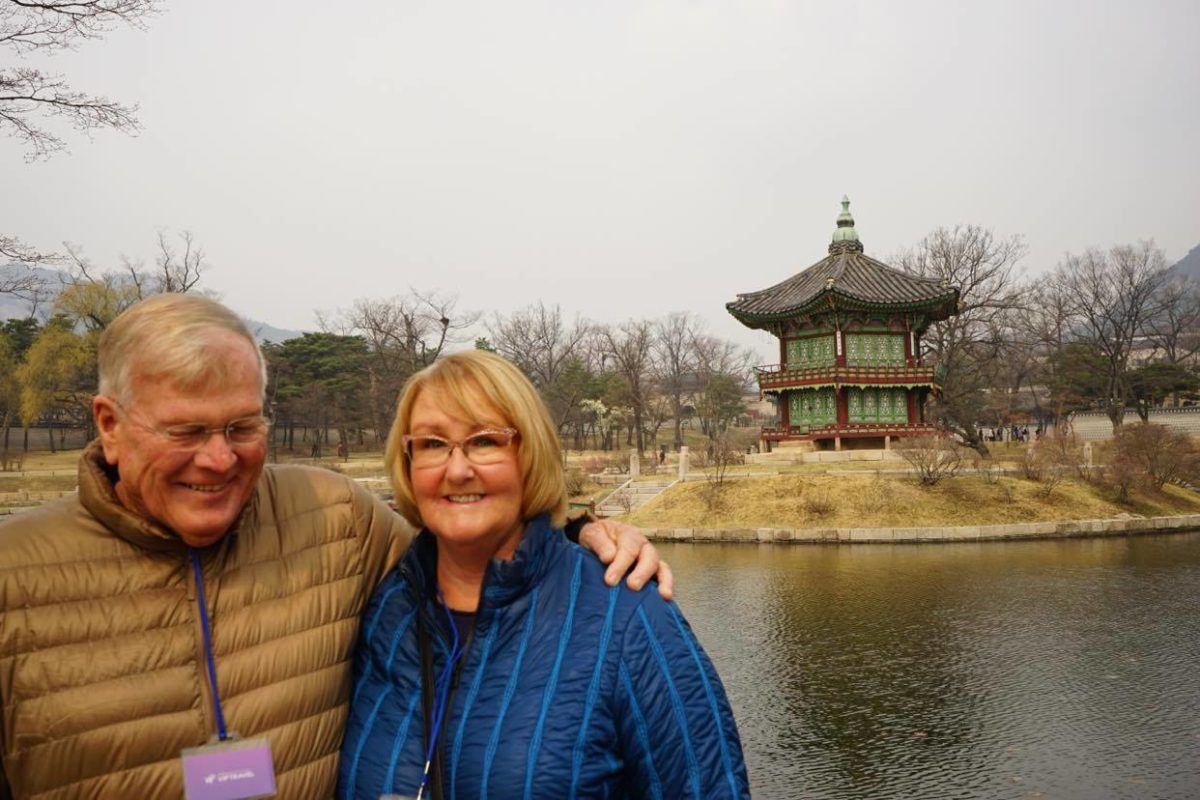