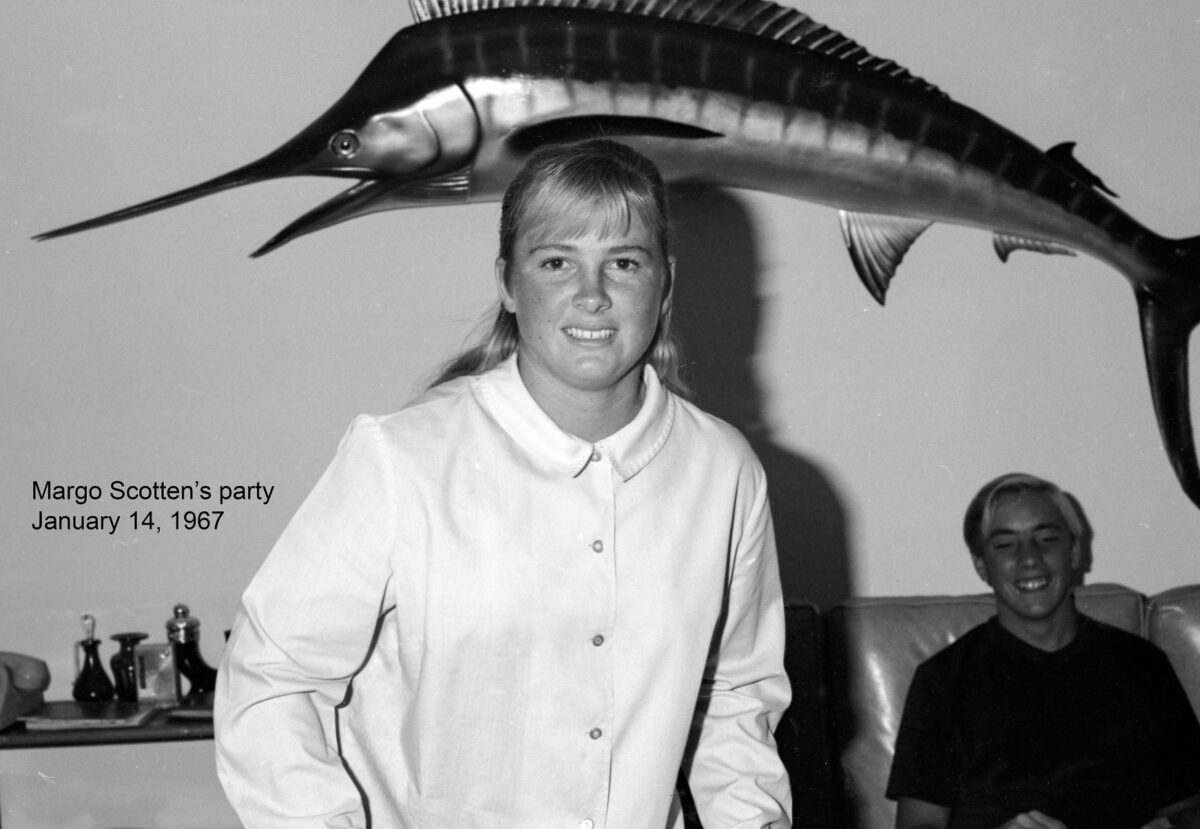 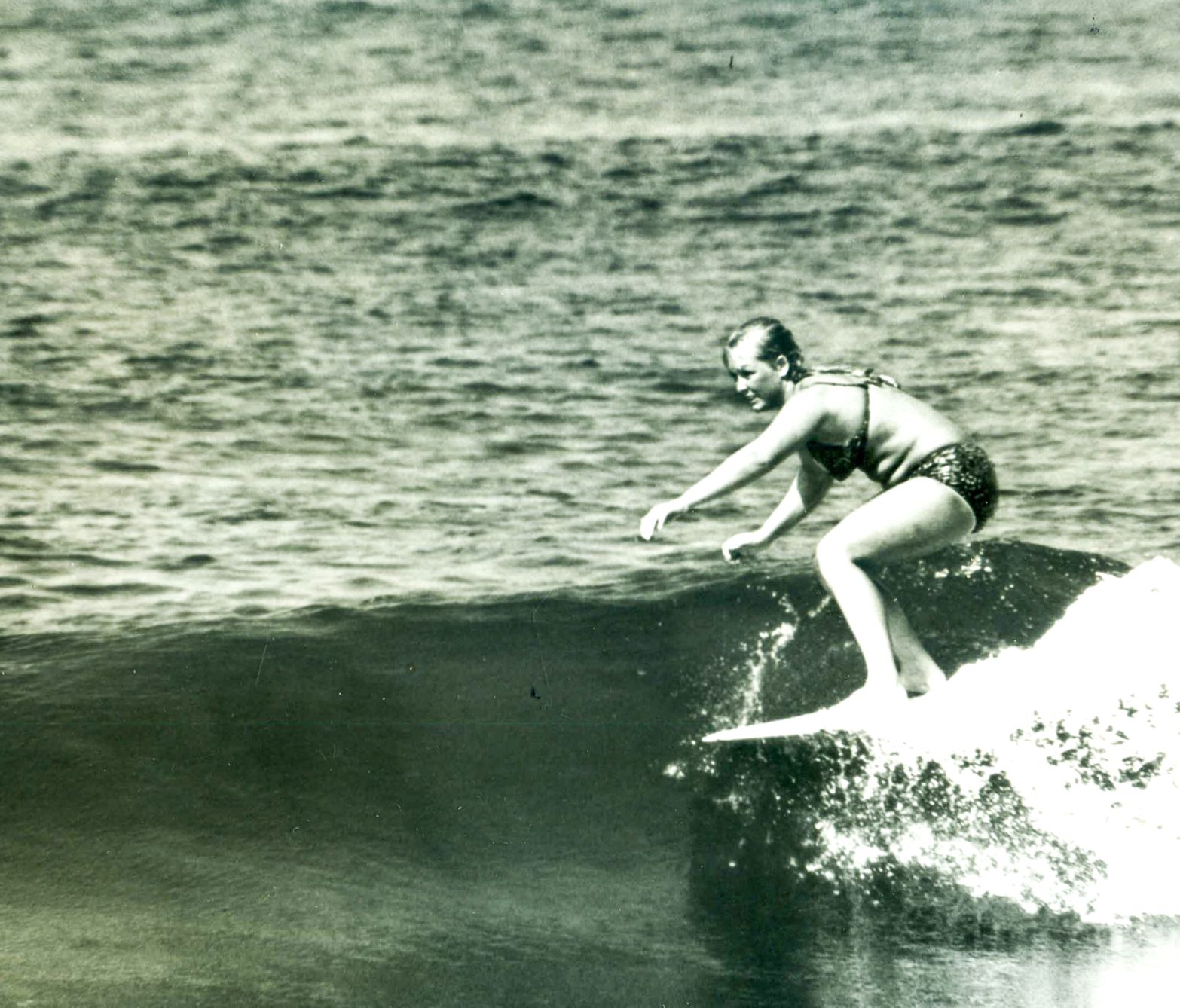 When Josette Lagardere visited Tweed Heads, in South Wales, Australia, in 1969 she told her parents she’d be back home in three months. She was 22, and has lived in Tweeds Heads ever since.

One year after moving there, the former Dewey Weber team rider won the Queensland State Championship, and was invited to represent Queensland at the National Championships at Margaret River in Western Australia.

Margaret River is a challenging left break. On the day of the finals the surf was 12 feet. Lagardere, a regular footer, won the contest despite never having surfed Margaret River before.

During a recent phone interview from her Tweed Heads home, Lagardered credited her win to having learned to surf big lefts at the Redondo Beach Breakwater.

Lagardere started surfing at 13, when Dr. Wilmot, a Redondo Beach dentist, and neighbor invited her, and her twin brother John to go on a surf trip with his daughter and son to Doheny Beach. Dr. Wilmott loaned her his board.

When she returned home, she began saving her babysitting money to buy her own board. Her first board was a 9-foot-6 Hobie. She and her brother and Dr. Wilmot’s children lived on the Avenues, and surfed Sapphire Street.

At 16, Lagardere started surfing in Hermosa Beach with the Bay Cities Surf Club. Her boyfriend, Bill Perkinson, was a Bay Cities surfer. Lagardere became a founding member of the California Coast Girls Surf Club, and one of its first presidents.

“Bay Cities needed girl surfers to compete in contests with other clubs up and down the coast, so our clubs merged,” Lagardere said.

Harassment of female surfers by Australian surfers is one of the reasons Lagardere said she quit surfing when she was in her late 50s. But she said she never had a problem surfing in the South Bay. The guys encouraged us, she said.

The first contest she entered was the Santa Monica Mid-Winter Championships in 1963. She won it.

“Dewey coached me. He told me to surf as much as you can in as many different conditions as you can. Then, when you’re in a contest, relax.”

Weber invited Lagardere to join his team after seeing her compete at Makaha, where she’d gone with the Bay Cities Surf Club.

“Dewey loaned me a board after mine was stolen before the contest,” she said.

She was eliminated in an early heat because of an interference call against Hoffman. “The takeoff area at Makaha is so big, I didn’t see Joyce. Plus Joyce is a very smart surfer,” Lagardere  recalled.

“When I returned from Hawaii, Dewey sent the team on a three month tour of the East Coast, where we promoted his boards and put on Dewey Weber Surf contests.

At the 1966 World Surfing Championships in San Diego, where she placed fifth, Lagardere was invited by Australian World Champion Phyllis O’Donel, and her teammates to visit.

“I got an apartment at Rainbow Bay, where Snapper Rocks is. I could walk across the beach to the best waves imaginable. That was before they dredged it and it became Super Banks, and starting drawing all the crowds,” she said.

She surfed regularly with three Australian world champions, O’Donel, and Peter Townend and Rabbit Bartholomew. (Townend will represent Lagardere at her induction because she will be unable to attend.) At the time women weren’t allowed to drink in Australian bars, and not allowed to get bank loans, even for a car.

O’Donel’s dad loaned her money to buy a car, and later a house.

She stopped surfing at 57, she said, because of the aggressive crowds, and took up fishing.

She is now 75, and retired, after a long career in the hospitality industry, which afforded her flexible hours that allowed her to surf.

She still lives in the home O’Donel’s father helped her buy in 1974, in a rural neighborhood overlooking a lake and five minutes from the ocean.

She said she “keeps an eye on surfing,” and accompanies O’Donel, now 85, to surf events, where Australia’s first female world champion is frequently invited as an honored guest.

She said she had hoped to attend the Hermosa Beach Surfer Walk of Fame inductions, but is not able to because of travel restrictions and because she helps care for O’Donel and O’Donel’s older sister. HBSWOF