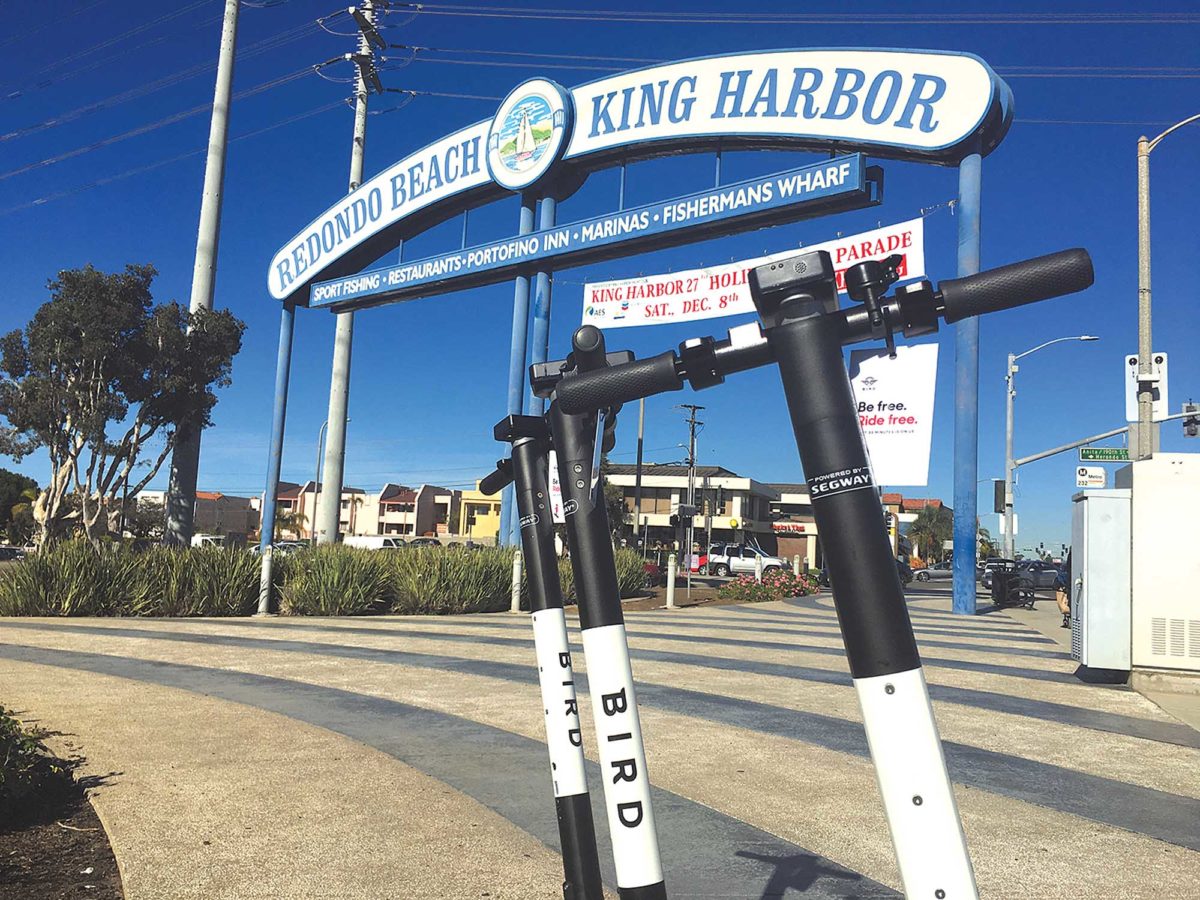 “It’s a real safety hazard out there,” Hermosa Beach Mayor Pro Tem Mary Campbell said of the mix of scooters, electric bicycles, pedestrians and traditional bicyclists in places like The Strand.

“The speed is the problem — whether it’s a 10-speed, a scooter or an electric bike,” Lowenthal said.

Council members expressed concern primarily about their use on The Strand and Pier Plaza. The ban was extended to April of next year, or until the city adopts guidelines for “shared mobility operators” in conjunction with Manhattan Beach and Redondo Beach.

The existing ordinance was set to expire on Oct. 17.

A city staff report noted the technology associated with bike-sharing equipment “has evolved rapidly over the last year with several companies now offering dockless equipment in which the bike or scooter self-locks, and can be left virtually anywhere in the public right of way.”

Staff said the devices pose problems when parked in the right of ways and when they obstruct pedestrian or vehicle access. Staffed also noted that other cities have complained about public liability and enforcement costs.

The council asked Hermosa acting Police Chief Milton McKinnon to step up enforcement of the ban on the Strand and on Pier Plaza.

A Lime representative told the council his company would like to be involved in future discussions about the ban. He added the company could deploy “geo-fencing” to prevent scooters from operating in pedestrian-only areas and going too fast.

In other action, the council voted unanimously to continue to Nov. 12, a public hearing on a proposed ban on polystyrene packing materials, meat and fish trays and produce trays and coolers.

The ordinance would also ban single-use plastic products, including plastic straws, plastic stirrers, and plastic utensils, whether for use onsite, to-go or delivery. 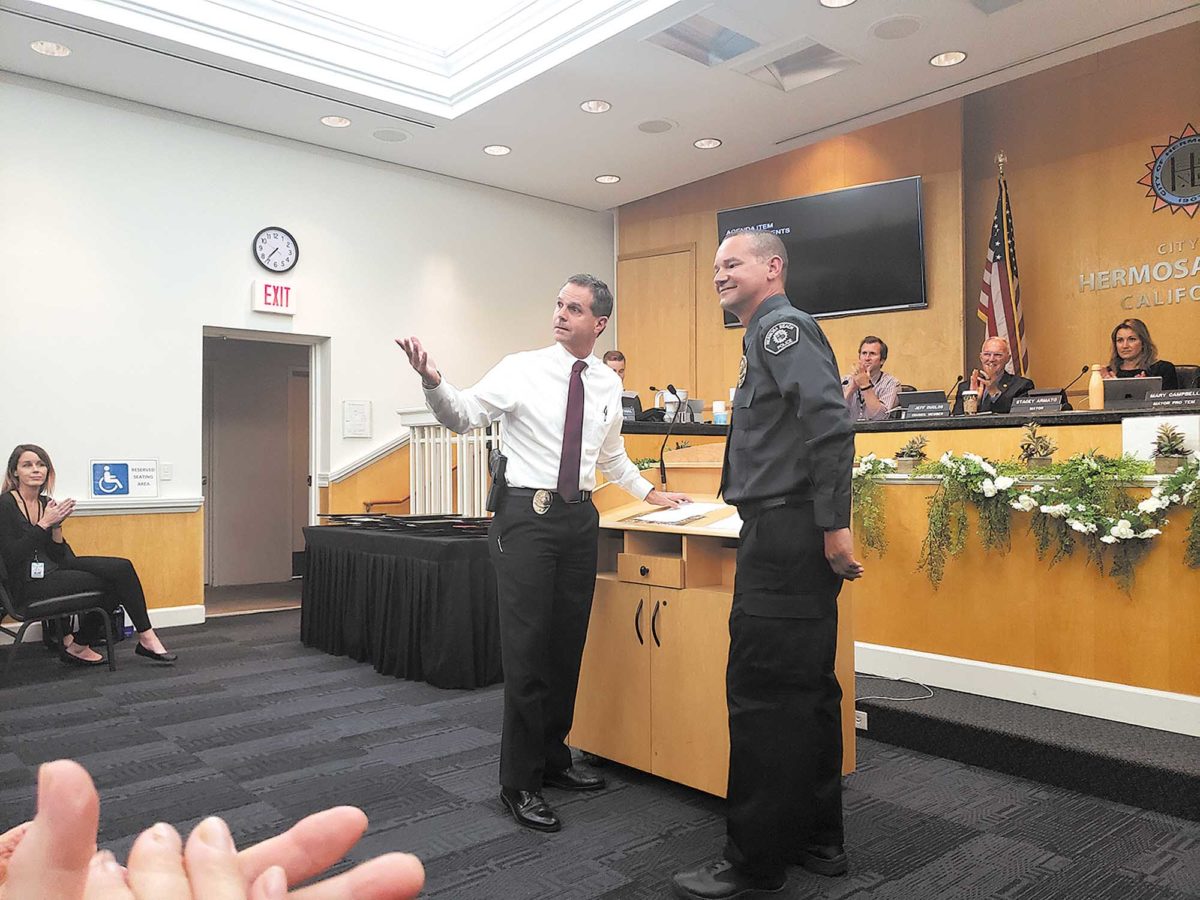 Acting Hermosa Beach Police Chief Milton McKinnon commends Community Services Officer Chris Aviles for recently saving a woman’s life. A resident stopped Aviles to tell him a woman in her home couldn’t breathe. Aviles, a Desert Storm veteran, determined that the woman was choking and cleared the obstruction in her throat. Photo

“This ordinance means that Vons or Trader Joe’s could not sell meat, chicken or fish,” Petty said.

Councilman Justin Massey responded, “There should be zero compromises when it comes to protecting our beaches and our ocean. We’re drowning in single-use plastics.”

In 2012, the city banned polystyrene packaging for foods and drinks packaged or repackaged within the City.

In 2015, the council adopted an ordinance banning plastic carryout bags and imposing a charge for recyclable paper bags in order to reduce the plastic bags in the Santa Monica Bay, to encourage customers to bring their own bags to stores and to reduce waste.

Of the more than 375,000 tons of polystyrene (plastic foam) produced in California each year, less than 1 percent gets recycled. The remainder ends up in landfills, harbors, and the ocean.

“It’s really incumbent on us to reduce our plastic dependency,” Duclos said. “If not, our kids and their kids will pay for it.”

Also on Tuesday night, the council voted to re-appoint Planning Commissioners Rob Saemann and Peter Hoffman. The panel also selected local artist Dan Inez’ design for a new city logo. Staff said that Inez will make some council-suggested refinements to the design, along with creating a stylebook for its use in different kinds of media. Inez’ designs will be returned to the council this fall for final approval.

Jeff Mitchell is a South Bay-based journalist and freelance writer.