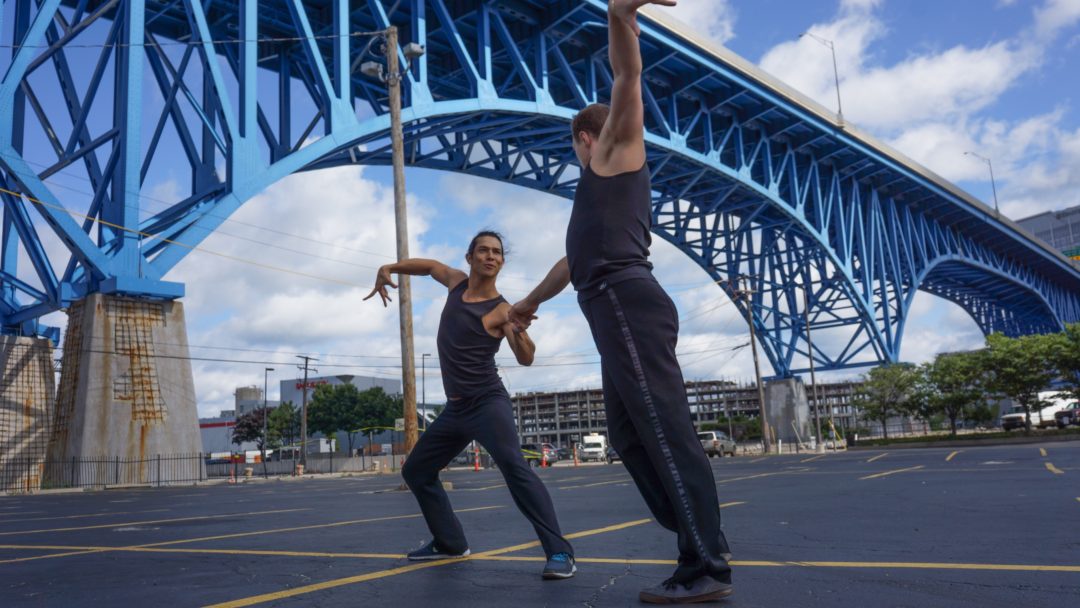 “Hot to Trot,” the documentary by Gail Freedman, in her directing debut, is a warm-hearted, soft-focus film about the same-sex competitive ballroom dancing world.

Following several dancers as they traverse the pitfalls of life and their passion for ballroom dancing, “Hot to Trot” takes you into a world that few, outside and possibly inside the LGBTQ community, know, although, it is probably only my limited world view that makes me think this way as same-sex ballroom dancing is a competitive sport in the Gay Games, held every four years.

Primarily tracking two couples, one male and the other female, Freedman brings us into their world both inside dance and their personal relationships. Like many competitive pair athletes, the relationship with the partners is very close and personal, but rarely romantic, and the same is true for these two couples.

Ernesto Palma, from Costa Rica, has lived a life complicated by his wild past, one that included meth addiction, and immaturity, which continues to dog him. He worked very hard and succeeded in getting off meth when he realized what it was doing to his good looks and stamina. Ernesto is a top competitor and is first seen with his current partner Ronnie, from Hungary. When Ronnie has an accident requiring medical treatment, it’s discovered he has a brain tumor. His decision to go back to Hungary for treatment leaves Ernesto searching for another partner. In all likelihood, Ernesto was emotionally affected by Ronnie’s desperate situation, at least we hope so, but we are left with the impression that for Ernesto, it was out of sight, out of mind. More than likely this was a problem in editing, but nevertheless, it’s a major mistake for the emotional thread of the film.

Ernesto finds a gem in new partner Nikolai Shpakov, a dance teacher and former mixed couples champion, newly arrived from Russia. Nikolai is highly disciplined and demands the same of a reluctant Ernesto who doesn’t quite grasp why they need coaching and strength exercises. He soon learns. Immigrants from elsewhere, they are now very much New Yorkers. 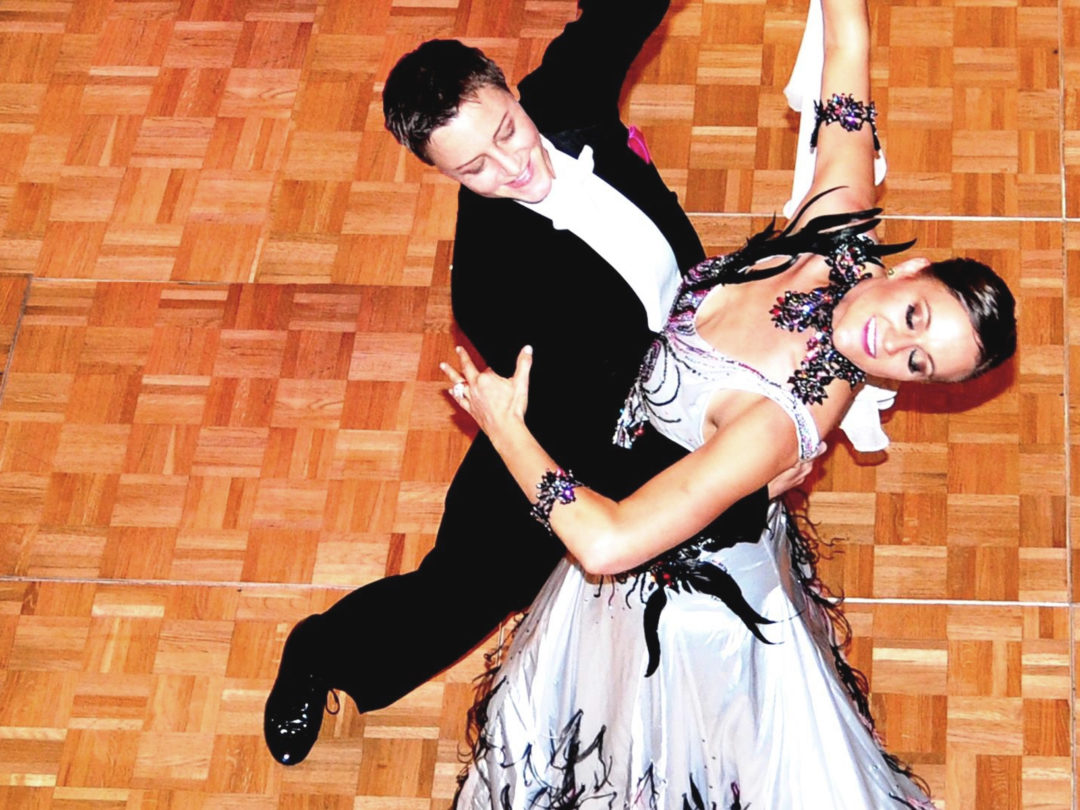 Emily Coles, a type-1 diabetic, has been dancing competitively with Kieren Jameson, a New Zealand native, for many years. Kieren is sensitive to Emily’s medical needs and how her disease will sometimes affect her dancing and is able to be supportive then and always. They glide effortlessly and have won many competitions. They are determined to win a place in the Gay Games in 2014.

Following the couples over a period of four years, Freedman also spends time introducing us to their significant others and parents. Nikolai, who came out to his parents only recently and fought hard to gain the acceptance of his mother before she died, is still waiting for his father’s approval.

Kieren is in a long-term relationship; and Emily’s current partner is also a dancer. Ernesto has commitment issues and is still single until he meets a man on Grindr and, remarkably, they become seriously involved. Nikolai laments that he would love to meet someone but doesn’t know how. Lucky for him, he is fixed up to someone who becomes The One.

But the real interest here is in seeing them prepare for competition and dance, dance, dance. Many figures in the LGBTQ dance world weigh in, but the most interesting comment is by Barbara Zoloth who laments the fact that same sex couples are unable to perform in the same competitions as mixed couples. She feels that officials in the heterosexual ballroom dancing community, who define a couple as a man and a woman, will continue to stoke homophobic fears because dancing is “the vertical expression of a horizontal desire.” There may be something else in play, however, because, with the exception of a German couple at the Gay Games, the dancing exhibited does not come close to that of the national and international “straight” ballroom dancing competitions. Still, the lead-up to the most important competition at the Gay Games keeps your interest.

Freedman has presented us with interesting human-interest stories. Shortcomings lay more in the somewhat crude editing and perfunctory storytelling. Freedman has approached this as serious subject matter, but she could have used a bit more levity. “Hot to Trot” never reaches the level of entertainment that “Rebels on Pointe” did, but it certainly has a point of view and can be interesting, especially when it spends time with Nikolai. In the end, it needed to be hotter with a lot more trot.