The return of BeachLife 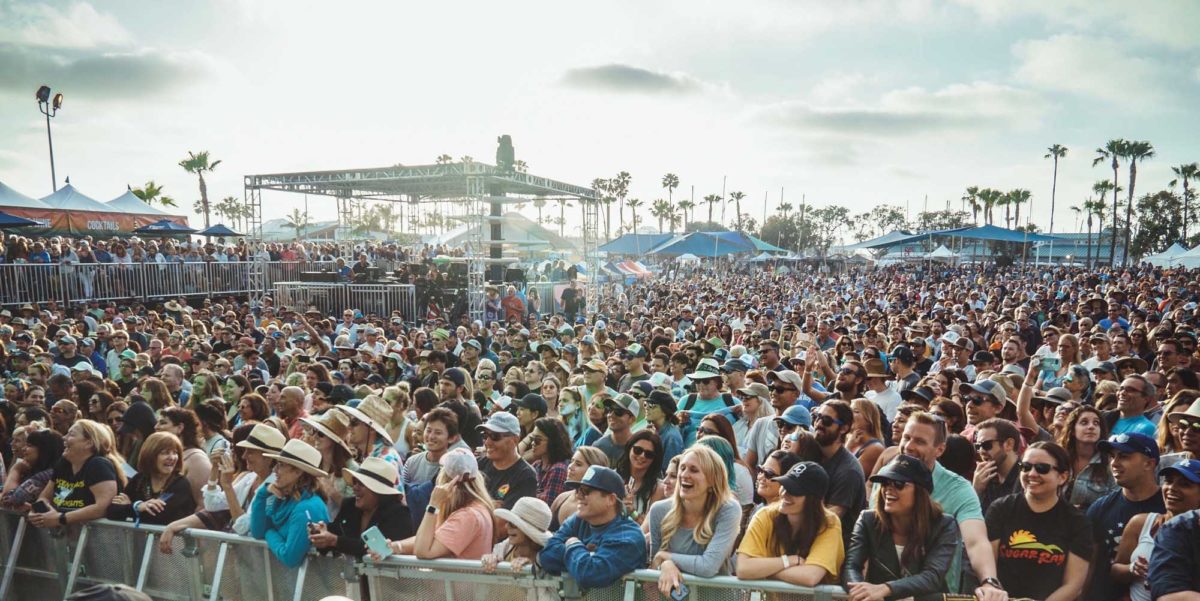 How do you top the most successful music festival in the history of the South Bay?

Last May, the BeachLife Festival did something few thought possible. The festival not only drew 10,000 people to King Harbor in an astonishingly harmonious and celebratory fashion, brought in an array of legendary artists such as Bob Weir, Willie Nelson, and the Beach Boys founding genius Brian Wilson, and pulled the whole thing off with nary a traffic snarl. But the most unlikely thing BeachLife achieved transcended what occurred those three days of May 2019. BeachLife reimagined the Redondo Beach waterfront.

King Harbor has been stagnant for three decades and embroiled in a political standstill for two of those decades. It was a deteriorating relic which BeachLife miraculously brought back to life.

Redondo Beach Mayor Bill Brand, who led the fight against a huge proposed commercial development in the harbor, said the festival gave the city’s struggling waterfront a new sense of possibility.

So the question for BeachLife this year has been: how do you top that? Or even remotely equal it?

The answer began with the announcement of the BeachLife 2020 lineup a few weeks ago. The festival, which takes place this year from May 1 to 3, will be headlined by the Steve Miller Band, Counting Crows, Ben Harper, Live, WAR, and a celebration of Bob Marley’s 75th birthday featuring his sons Ziggy and Stephen Marley. Like last year, there’s a little something for everybody. For the musical cognoscenti, the lineup includes such critically revered artists as Fitz and the Tantrums, Lukas Nelson and the Promise of the Real, Edward Sharpe and the Magnetic Zeros, and Phosphorescent; for more casual but no less avid music lovers, there’s a Yacht Rock brunch, Chevy Metal doing Queen, and the return of the eternal pop star Sugar Ray. For the locally inclined, there’s Slackstring, Kira Lingman, Veronica Torres, and Kevin Sousa.

BeachLife founder Allen Sanford said putting a lineup together is a balancing act.

“It’s hard, man,” Sanford said. “There’s two schools of thought. One is to leave musical discovery to other people and focus on having a good time, focus on what beach life is —  everybody at the beach, listening to great music as a soundtrack to the sunset. Another school of thought is that our job is to do discovery, to turn people on to new stuff. But you know, over the last decade, I’ve run a music club [Saint Rocke] that has brought in some unbelievably good bands and 10 people were there. Discovery doesn’t always pay. So you’ve really got to balance the business of putting bodies into a location with discovery.”

Which is why the festival’s talent buyer Adam Spriggs was described by BeachLife creative director (and Pennywise frontman) Jim Lindberg as “a really good looking guy who looks like he hasn’t slept for three months.”

“My hat goes off to Adam Spriggs,” Lindberg said. “That is not a job that I envy. You have to deal with a lot of agents and artists and their schedules and proclivities, to use a nice three-syllable euphemism for how crazy  people in bands and agents can be….It’s really like one of those circus acts where the guy has dishes balanced off different sticks trying to keep them all together.” 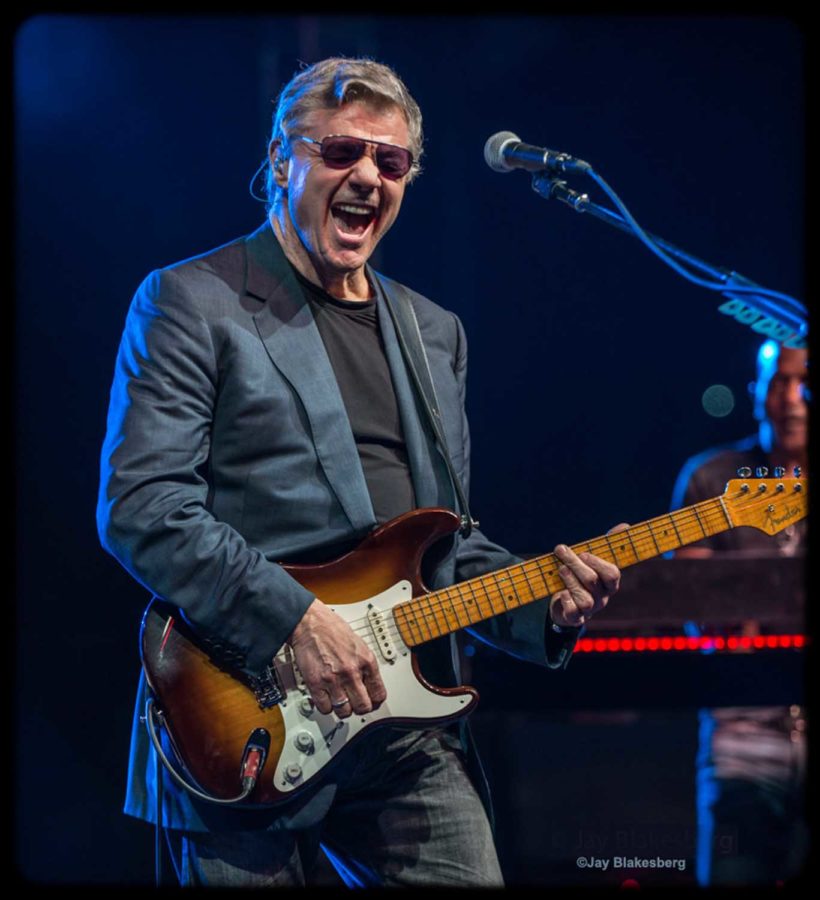 The Steve Miller Band will headline the BeachLife Festival. Photo by Jay Blakesberg

Three sleepless months might be an underestimation. Spriggs’ mind has been turning since the end of last year’s festival (or maybe even before). Defining what constitutes BeachLife, musically, has been Spriggs’s task.  He had a moment of clarity last summer when he saw teenagers raging at a beach party to sounds of the Steve Miller Band.

“We live on a walk street in Hermosa and saw some kids last summer having a party and ‘The Joker’ comes on the radio,” Spriggs said. “They were all dancing and singing along. And they knew every word to the song. Every word.”

Around the same time, members of the Marley family had reached out to suggest that their father’s 75 birthday would occur early in 2020. Soon Spriggs had the Marleys, UB40, and Ben Harper (not reggae but a spiritual heir to the Marley tradition) signed up.

“That’s beach life right there,” Spriggs asked. “I think to build a festival you have to build off each year. We loved the legends last year, but at the same time we have to keep growing and keep expanding our demographic.”

But Spriggs is also keenly aware, from talking music with his walk street neighbors, that music at the beach is a broad-ranging jukebox. There are a few lineup announcements yet to come that Spriggs promises will deeply resonate with South Bay folk.

“Half the people I know in the South Bay really love to party, and we love them, so we want them to get out and have a party and sing along to songs they know, like [Counting Crows] ‘Mr. Jones,’” Spriggs said. “That is what is cool about BeachLife. We understand the locals. If people come one day, yeah, they’ll rock, but even better, we’ll put some music in their heads they might not have known about, as well.”

Mayor Bill Brand is thrilled about the return of BeachLife.

“The BeachLife Festival, like the open water swims we’re showcasing, are exactly the type of art and recreational activities that makes it so cool to live here,” Brand said.

Sanford said one of the key takeaways from last year’s festival was how local it truly was. Though BeachLife received national attention, with raves from Rolling Stone and Relix magazines, 70 percent of the audience came from within a six-mile radius, Sanford said. So the BeachLife team listened closely to feedback from locals and recognized one glaring hole in last year’s lineup: recognition of the South Bay’s punk rock history.

“Jim [Lindberg] said, ‘Punk is part of beach life, too,” Sanford said. “I agreed. But we are not going to do a mosh pit. This is a family-friendly event.

But the point was well taken. Thus was born SpeakEasy, a new stage at the point furthest west on the festival site that will feature punk rock artists, including Lindberg, playing acoustically.

“We are hoping to ease into it,” Lindberg said. “Play nice with all the city officials in Redondo and also the residents around the area and the people who live on boats —  not blowing them out of the water with Pennywise and Bad Religion, but finding a nice way of doing it.”

Lindberg said a lot of punk’s elder statesmen, such as Joey Cape from Rancid and Greg Graffin from Bad Religion, have put out mostly acoustic albums in recent years. “So we thought, hey, a perfect way to bring some punk artists to the festival site,” he said.

SpeakEasy will feature sets from Face to Face’s Trevor Keith, Jason DeVore from Authority Zero, Chris Shifflet from Foo Fighters, as well as a mix of sets from surfers such as Timmy Curran and Tom Curren and singer-songwriter (and Ol 97s frontman) Rhett Miller. It will also feature Lindberg’s first-ever public acoustic performance.

“I’ve written a lot of songs on acoustic guitar for Pennywise, like ‘My Own Way’ and ‘Yesterdays,” Lindberg said. “So it’s kind of a natural thing to play them stripped down and kind of bare-bones. It may not sound like James Taylor but there’s a lot of [punk] guys out there exploring what you can do acoustically.”

“There’ll be plenty of songs everyone knows, but I think this year we also took some chances,” Sanford said. “We were committed to making this longterm. I don’t think you make a festival last unless you do have some sense of discovery. The judge and the jury are out. We won’t know if this works until May, but the feedback so far has been really good.”

For the full lineup and for ticket information, see BeachLifeFestival.com.