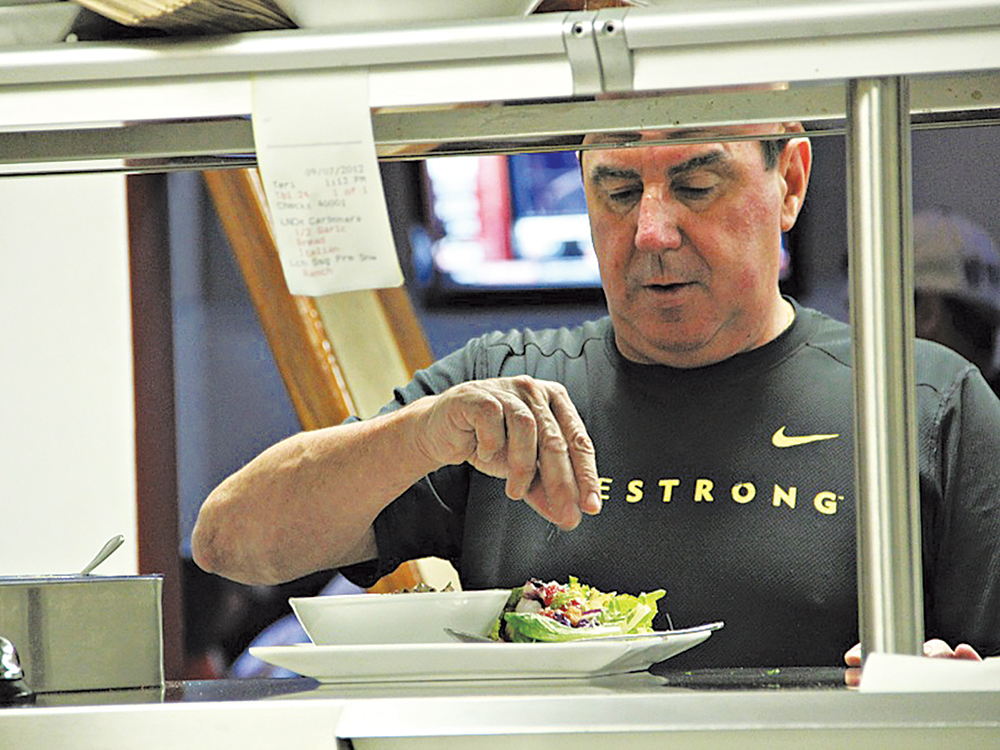 The South Bay lost a pillar of the local restaurant community with the death of Charles Byrd two weeks ago. Byrd, known universally as Charlie, co-owned and operated Charlie’s on Pacific Coast Highway since1992.

Byrd moved from New York to Hermosa Beach in the 1980s and worked at Naja’s and then at Antonio’s Pizzeria in Torrance. After a few years he teamed up with partner Alan Dettelbach to open his own place in the former Maria’s Kitchen on Pacific Coast Highway. At the time it was called Cialuzzi’s, an Italianization of the name Charlie, but the name changed to the easier to remember Charlie’s in 2010. Byrd was a prominent presence there, interacting with customers on a regular basis. Though the phrase “A New York Italian joint” didn’t appear on the restaurant’s advertising until after the name change, that was what they always served because that’s what Charlie loved.

Byrd was known for his regular habits – he would run on the beach in the morning, go to the restaurant to take care of the lunch rush, and then head for the gym in the afternoon, before coming back for the dinner crowd. Steve Roberts, who became his partner in 2010, said food was central to his life. “Food was his passion – his food was his passion, and it was all a reflection of his family recipes. He loved a good pastrami, he made a great hot dog, a great steak, and he had his own recipe for tuna salad. That was Charlie, very down to earth, very simple, focused on the things that worked for him.”

Byrd’s other great interest was sports. Roberts remembers that whenever Byrd was not doing anything else he was glued to the TV watching a game. This was a factor in the relaunching of the restaurant as Charlie’s, with the large dining space remodeled with many TV screens. Though Charlie’s was repeatedly voted “best sports bar” by our readers, Roberts and Byrd thought of it as an Italian restaurant for people who enjoyed sports. Byrd donated to local charities and groups, including student sports teams.

He was accommodating to customers up to a point, but had lines he would not cross when it came to changing his dishes. He could be outspoken when dealing with customers. Roberts remembers a customer telling his partner, “There’s a hundred Italian restaurants in this area I could go to.” Byrd shot back, “No there aren’t, there are 99.”

Charlie Byrd passed away after a long illness on May 27. He is survived by longtime companion and fiance Debbie Ryan and his beloved dog Joey, as well as an extensive family in New York. There will be a private celebration of life with his close friends and family. ER