Jackson, and Saemann in, but Francois, Raedy too close to call 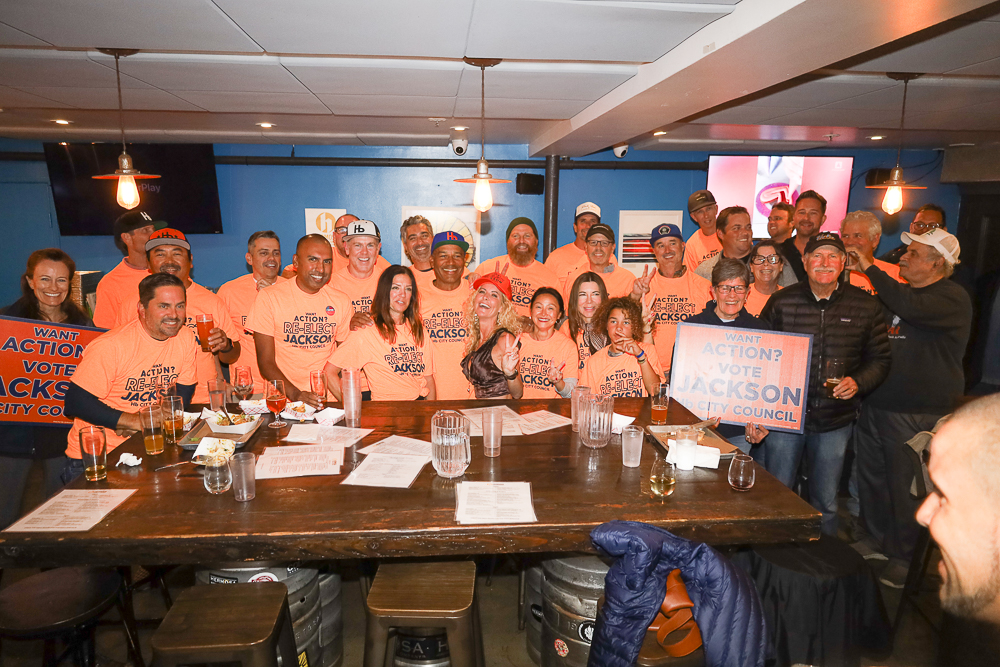 Among the eight council candidates vying for three seats, Jackson and Saemann were the only two with extensive local government experience.

Results for the winner of the third open council seat were too close to call at press time on Wednesday. Dean Francois was narrowly leading first time challenger Jeff Raedy, 1,440 votes to 1,384 votes. Francois ran unsuccessfully for council in the 2021 special election, when Jackson was elected to fill the seat vacated by Hany Fangary. 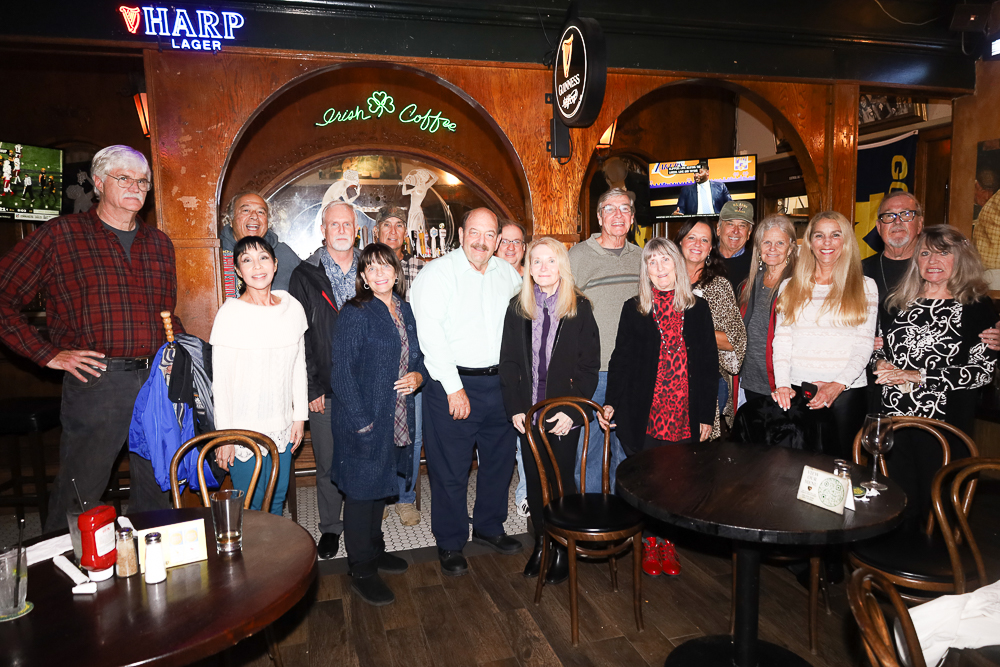 Hermosa Beach City Clerk Myra Maravilla said in a statement Wednesday morning that she did not know how many ballots remain uncounted. Mail-in ballots will continue to be counted through November 15. The next ballot update will be Frida, November 11, the   LA County Registrar-Recorder tweeted today.

Measure B, which would have increased the local sales tax by .75 percent, was rejected by voters, despite unanimous support from the city council. Wednesday morning’s vote count showed 56.8 percent (2,600) in opposition to the tax increase and 43.2 percent (1,993) in support.

But voters agreed with the council positions on the other three measures. Measure M, which the council opposed, would have lifted the city’s ban on retail cannabis sales. Voters rejected Measure M, 72.64 percent (3,441) to 27.36 percent (1,296). 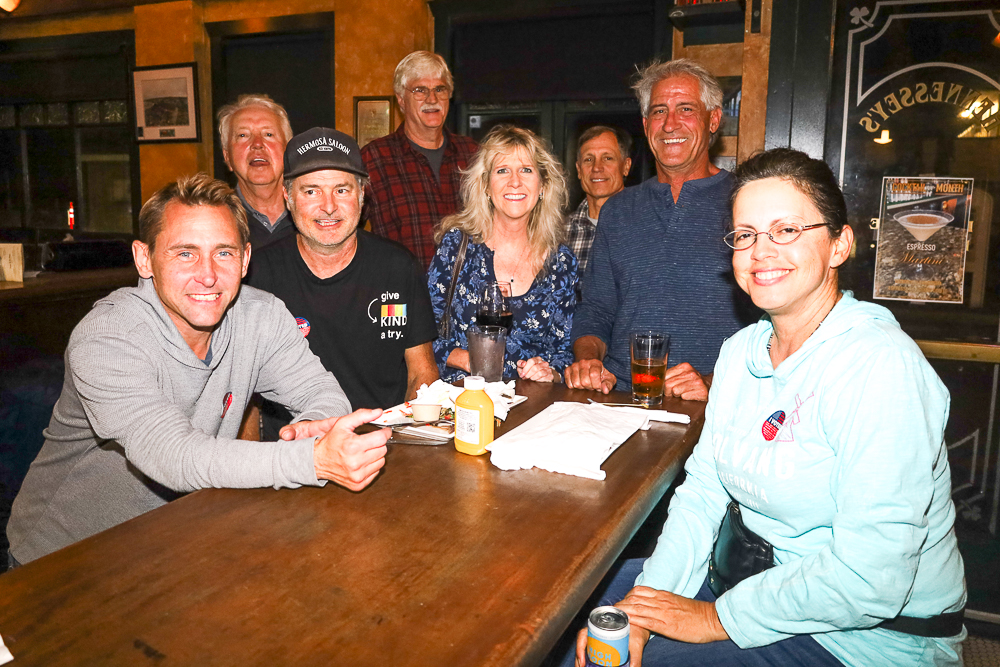 Measure T, which the council supported, would impose a business tax of up to 10 percent on cannabis sales. It was approved by voters, 66.04 percent (3,073) to 33.96 percent (1,580). The tax will apply to cannabis deliveries in the city, which the council voted to allow, starting last month.

Jackson celebrated his victory Tuesday night at Hermosa Brewing Company with his “Orange Wall” of supporters, wearing orange T-shirts that read, “Want Action, Re-Elect Jackson.” The incumbent jumped ahead on early returns with what appeared to be an insurmountable lead. Wednesday morning’s results showed him with 17.48 percent (1,864) of the vote.

Jackson’s victory came in spite of the loss of Measure B (sales tax). He was one of just two candidates to support Measure B. During the campaign Jackson said he would focus on solving Hermosa’s parking problem in his second term.

“A business owner told me, ‘We don’t have a parking problem. We have a parking management problem,’” Jackson said in an Easy Reader interview during the campaign.

Rob Saemann, a decade long member of city commissions, celebrated his early lead Tuesday night at Hennessey’s Tavern. Saemann also said he would focus on a “common sense solution” to the city’s parking problem. But first, he said, he hopes to bring “harmony” to the council. Though relationships among the current council members appear harmonious, the council’s relationship with business and conservative segments of the community has been strained.

Like Saemann, Francois and his supporters also watched Tuesday night’s results at Hennessey’s Tavern. And like Saemann, Francois said his top priority, if elected, would be to “bring people together. People feel left out of the process. I think I’ll be able to do that because I’m independent.” 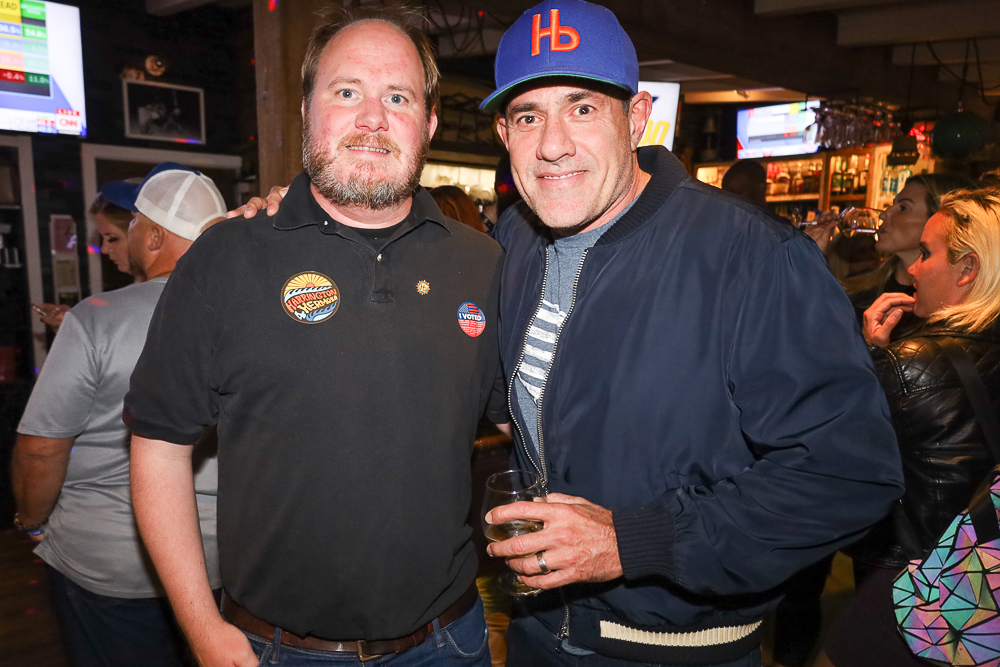 Raedy watched the Tuesday night results across Pier Plaza, at Tower 12. Ready campaigned on a slate with restaurant owner Kieran Harrington, and aerospace programs manager Daniel Godwin. The atmosphere at Tower 12 was somber because all three were trailing the three front runners.

But Wednesday morning results showed Raedy advancing from 11.61 percent of the vote on election night to 12.99 percent, leaving him just 55 votes behind Francois.

“There are times when Hermosa Beach can be a little rough around the edges,” he said at a candidate’s forum, “but jazz isn’t music that started in the concert hall, and punk rock didn’t start in the church choir. This is a character that has been built for 100 years.”

“The city has public safety and capital improvement needs. Hopefully the new council will be able to demonstrate those needs to residents, and we will be able to pass the tax during a future election,” Detoy said.

Detoy said he was otherwise pleased with the results, in particular, the turnout, which appeared to be equal to the exceptionally high turnouts in recent years.

The mayor said he was walking his daughter to ballet lessons at the Rotary Hall, on election day and was heartened to see a line of voters, 100 deep, braving the rain outside the Kiwanis Hall polling center. ER