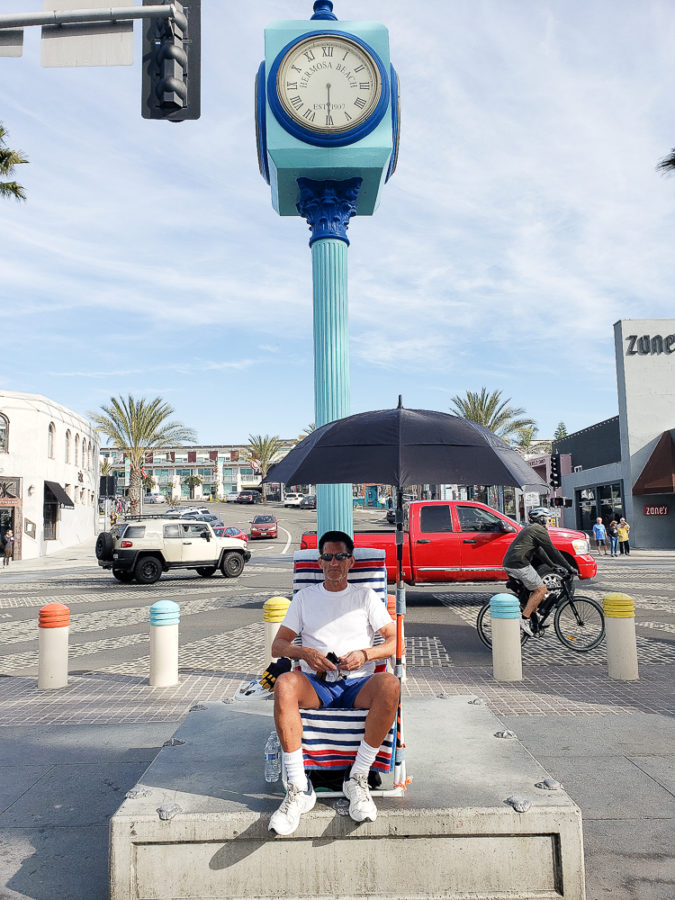 Chuck Davis has been sitting under the clock on Pier Plaza for nearly two years. Photos

Chuck Davis has been sitting under the clock on Pier Plaza for nearly two years. Photos

“One day in the park, I saw an elderly lady bicycling north on The Strand. A bicyclist barrelling south knocked her face first to the ground. I sent one bystander to the hotel for a pan of water and a towel and told another to call 911. I had the lady’s head wrapped in the towel by the time the paramedics arrived. It wasn’t relaxing any more to sit in the park, so I moved to a bench on the pier.

“The benches weren’t comfortable and some days I was being rained on by swarming termites. So I looked north, south and east. To the east I saw the clock tower and  I didn’t see any signs saying no sitting.”

Davis spends about 30 minutes arranging his beach chairs and umbrella under the clock before taking his seat. He always faces west, toward the ocean, with his back to the traffic on Hermosa Avenue.

“I have a very organized mind,” he explained. 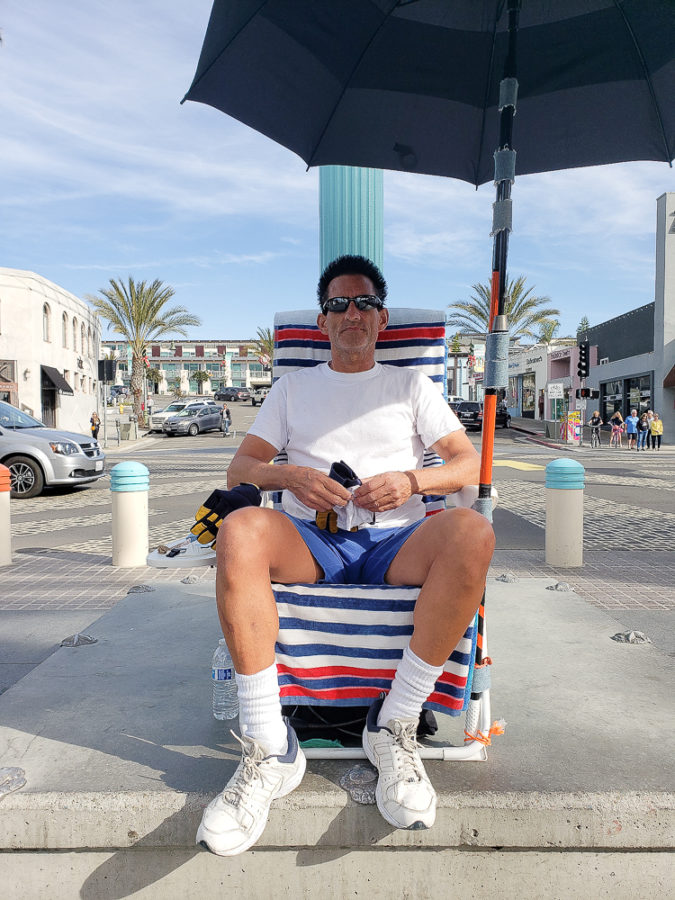 He dresses simply and impeccable in shorts and a T-shirt. He lives in Torrance and ran cross country at El Camino College. When he first started sitting under the clock, he sold Strand cruisers. He still bikes to Hermosa, but only sells bikes on EBay.

“People look at me oddly. But I don’t care. They ask if I’m the mayor, or a cop, or a business owner. I get Aussies, Russians, Japanese — people from all over the world ask for information. People misbehaving will stop when they see me watching them. Sometimes I’ll save a child from running out on Hermosa Avenue. Parents thank me, but I do it unconditionally.”