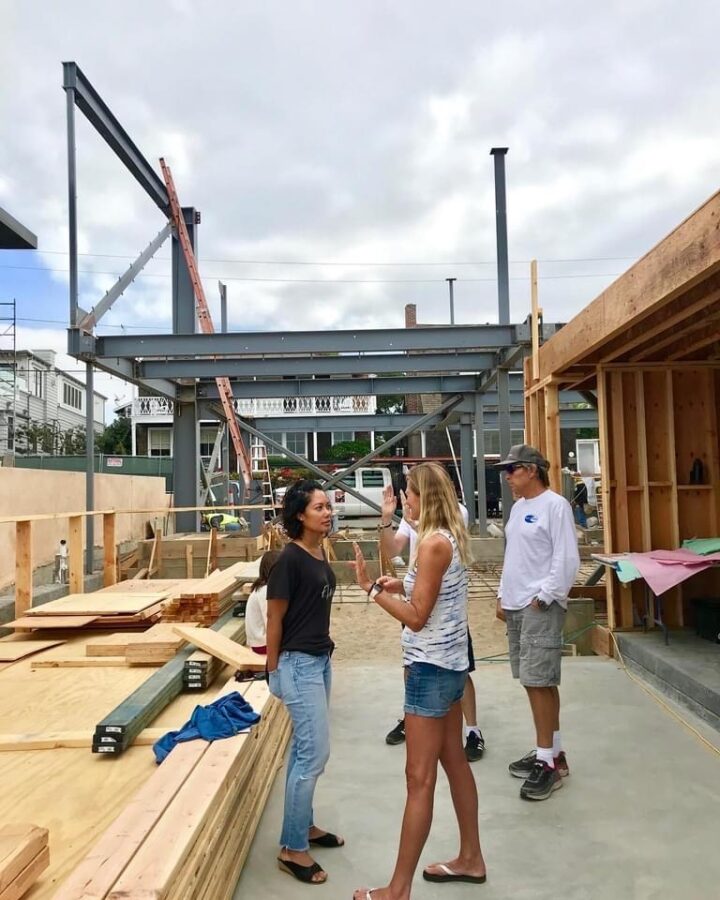 Kim Komick (right) on the construction site of one of the 200 homes she built in the Beach Cities. Photo courtesy of the Komick family

Redondo Beach mayor Bill Brand called Kim Komick a “Matriarch of the Beach.”
Surf buddy Patti Nernberg said of Komick, “She fueled the flame that drove us to be better versions of ourselves.”
South Bay Boardriders Club president Tom Horton recalled Komick, a SBBC founding member, one of the few female surfers who charged big waves. She surfed before work at Marine Street, almost daily, Nernberg said.The building trade knew her as an uncommon, female developer whose KKC Fine Homes built over 200 homes in the Beach Cities.
“Kim was a smart, seasoned developer. No one knew more about building at the beach. And she was a fun friend,” said Manhattan Beach architect Mike Lee, who worked on half a dozen projects with her.
“Kim was also a demanding client, who could be hard as nails. I say that admiringly,” Lee added. 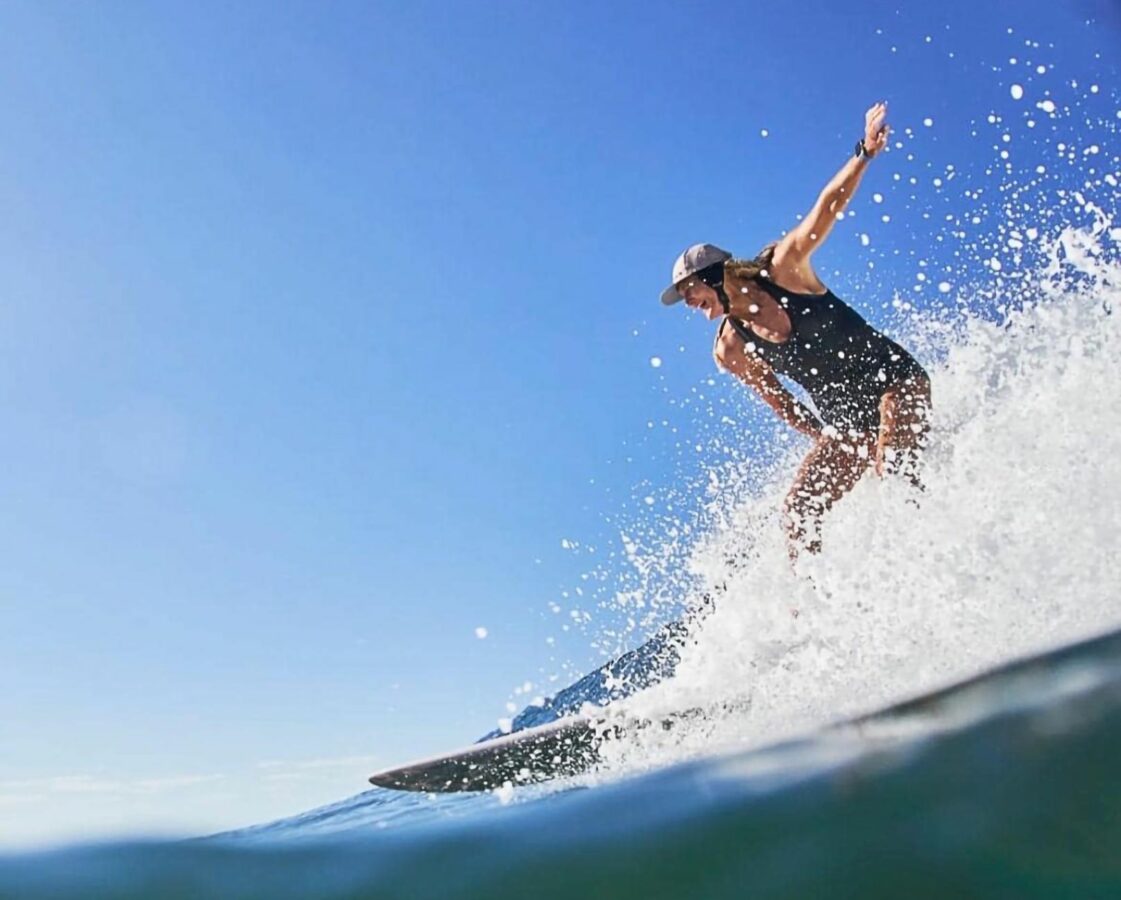 KKC Fine Homes were known for their appearance of stark simplicity, a quality Komick worked hard to achieve.
“There is nothing simple about simplicity,” she told South Bay Home magazine in a 2017 interview. “To make a contemporary home look simple and clean, takes hours of precision detailing, and planning to offset the imperfect nature of constructing a home with lumber and concrete.”
Her buildings could also be subtly playful.
Her three story Hammit building at the corner of Pacific Coast Highway, and 21st Street, in Hermosa Beach, is stark white, except for a blistering band of green that magically spins to gold at sunset.
When asked about the uncharacteristically bright color, Komick said the green was a tribute to architect Pat Killen. Killen was known for bold, edgy colors, in his dress, his cars and his buildings. Killen, and his frequent collaborator builder Jeff Widmann liked what they called “40 mile per hour colors.” They clad a building they called the BeachPod, at Hermosa Avenue and Second Street, in the same green Komick chose for her Hammet building. 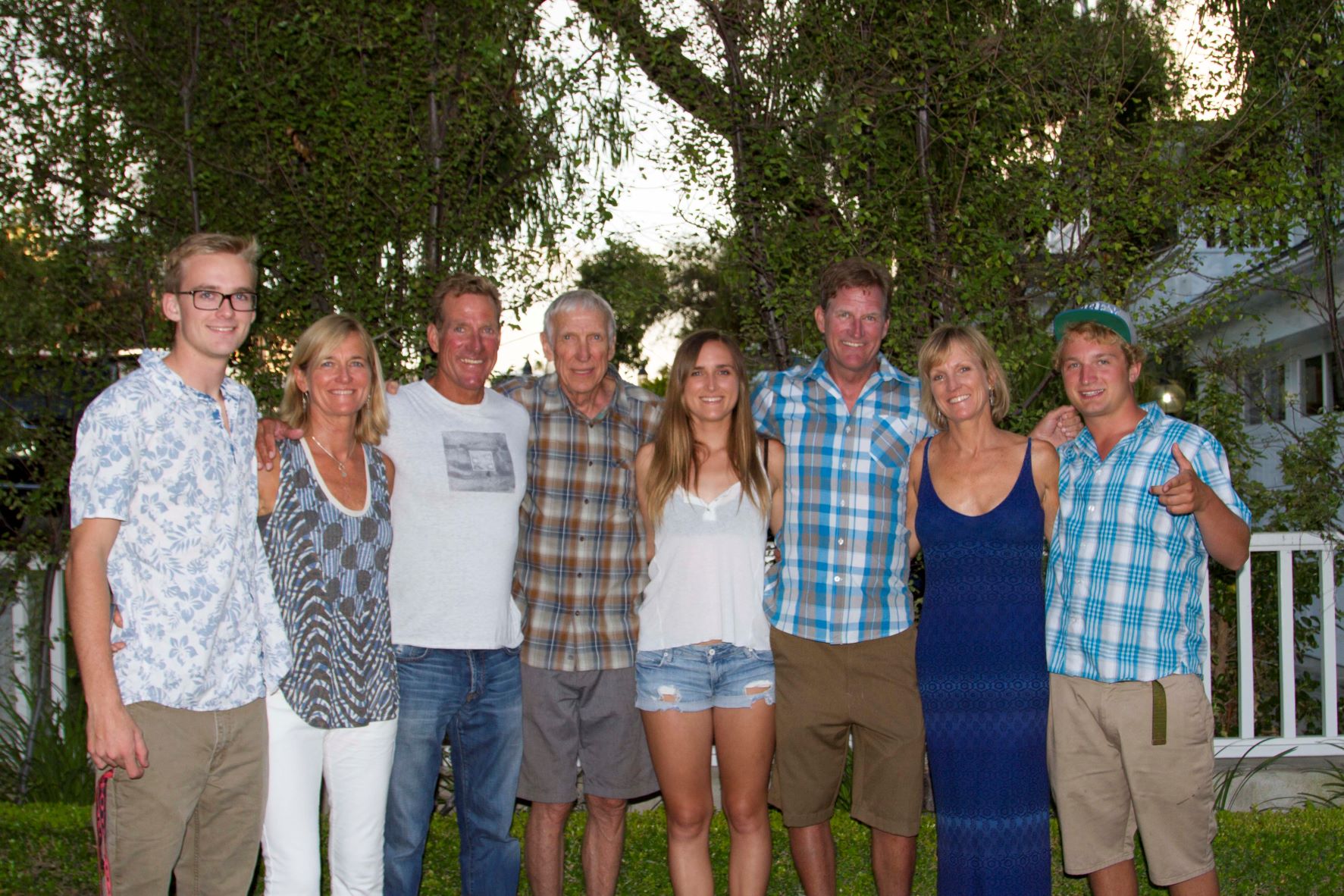 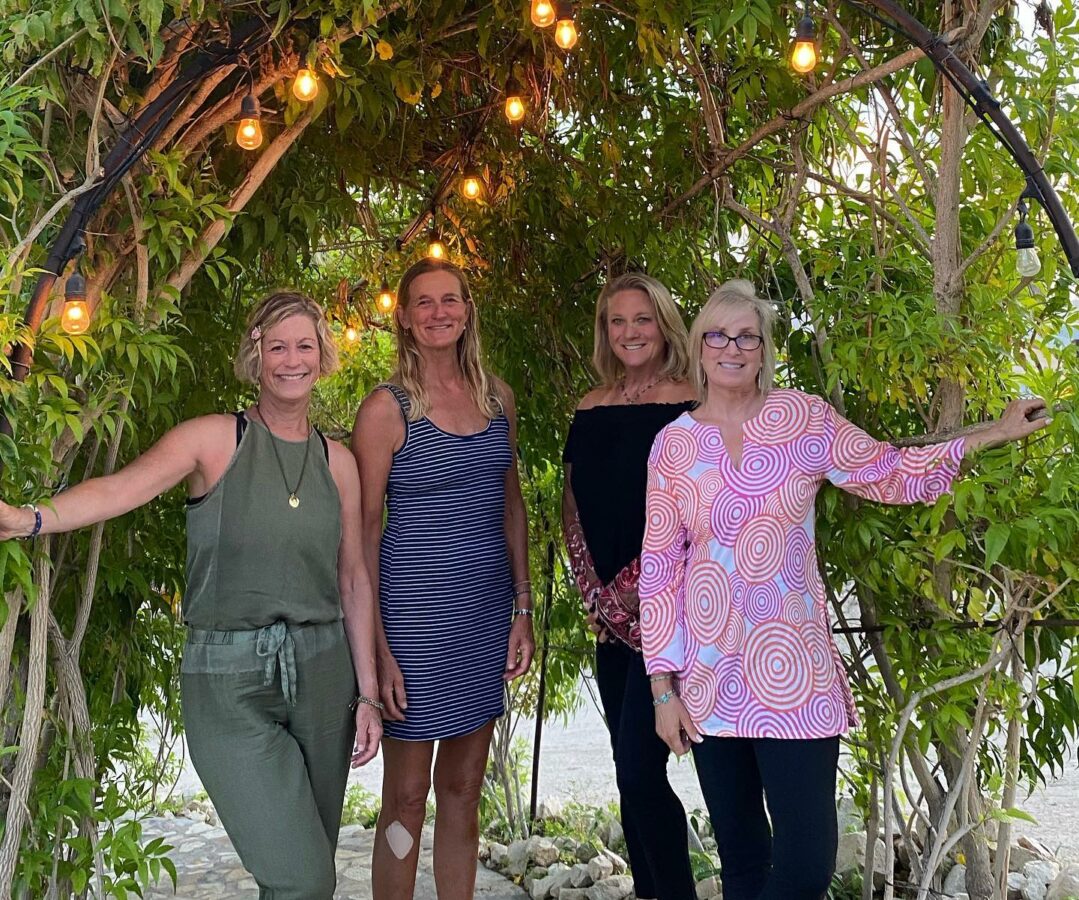 Komick was a gifted athlete who focused on beach volleyball in her youth and surfing in midlife.
When she was a child, the Los Angeles County Junior Lifeguards didn’t allow girls. With the support of her mother, and other parents, Komick, and her friends became Los Angeles County’s first class of female junior guards.
She played soccer and tennis at Mira Costa; and was on the ski team, and practiced with the men’s soccer team at USC, until sidelined by a knee injury.
Following graduation from USC in 1982, she worked briefly at TRW, before deciding to follow in her father’s footsteps. She credits her building career to her dad taking her to job sites when she was a child. 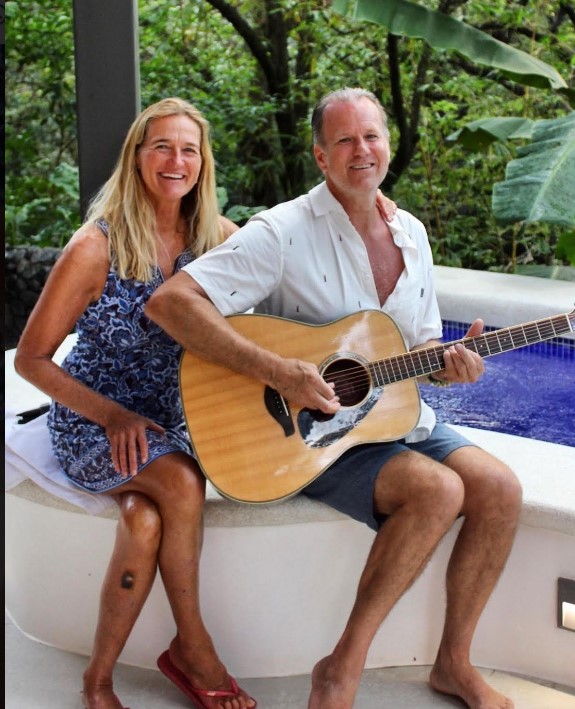 In 1991, she formed Kim Komick Construction, which evolved into KKC Fine Homes and KKC Development. In 2015, she was inducted into the Mira Costa Alumni Hall of fame.
Komick and husband Tom Huchel raised two children, Andy, 26, and Emma, 24. After the children were grown the couple separated, and her love of music and travel drew her into a relationship with musician and Guitar Parlor owner Mike Longacre. 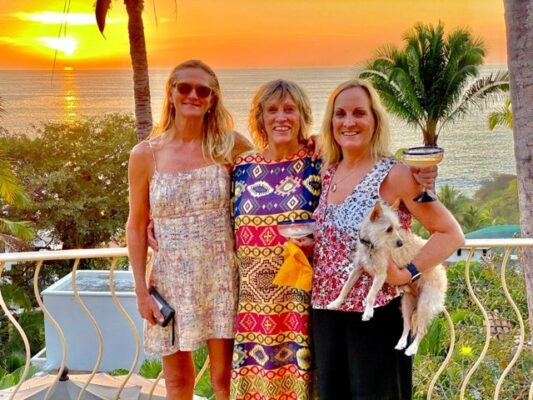 Komick is survived by her parents, her two children, and siblings Kevin, Kara and Kirk.

A memorial service will be held March 16, at 2 p.m. at American Martyrs Catholic Church in Manhattan Beach.

A Celebration of Life will take place at Marine Street on March 19th starting at 8:30. In lieu of flowers, donations may be made to the Surfrider Foundation (SurfRider.org). ER